A landlord who painted his 18th century pub blue to make it look ‘more sophisticated’ has been ordered to change the colour – because it breaks planning laws.

Richard Belam, 46, and his wife Tracey, 48, took over the White Hind pub which had fallen into disrepair and become derelict.

As part of the pub’s makeover the couple spent more than £1,000 changing the previous cream colour to ‘folk blue’.

Richard Belam, 46, took over the White Hind pub which had fallen into disrepair and become derelict

But the new look landed Richard in hot water with planners in Newark, Nottingham, who say the colour is not in keeping with the area.

The Grade Two listed White Hind pub dates back to the 18th century and is located inside a conservation area in the town.

Mr Belam has been told he must apply for retrospective planning permission for the colour change but has been warned it is likely to fail.

He said: ‘It’s potty. I bought the pub which was in a terrible state and decided to restore it back to its former glory. 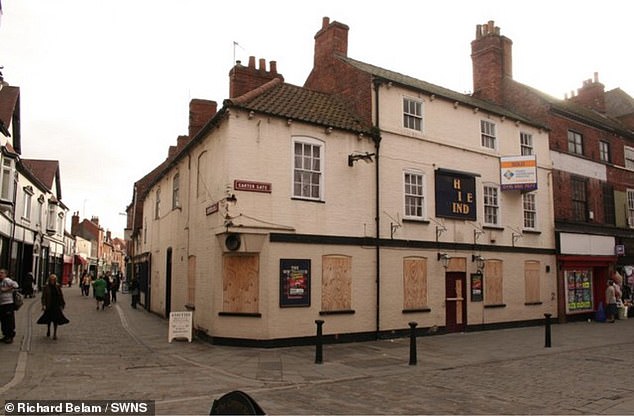 As part of the pub’s makeover the couple spent more than £1,000 changing the previous cream colour to ‘folk blue’

‘Because it is an old building and in the middle of the town the cream paint looks grimy and unpleasant and the fumes from traffic creates black streaks on the walls.

‘My wife and I chose a neutral colour which we thought would make the pub look classy so opted for ‘folk blue’ from the B&Q masonry paint range.

‘I’m shocked that the planners don’t like it because it looks a hell of a lot better and much more sophisticated than the tatty cream it was before.’ 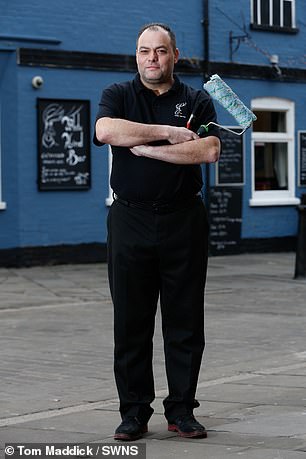 The White Hind was closed in 2001 and was derelict and empty until Mr Belam took on a ten-year lease in January 2010.

It said: ‘As the new paint colour has dramatically changed the external appearance of the building and altered its architectural interest it has triggered the threshold for needing Listed Building Consent.

‘While I appreciate the selected shade is not a neon or bright shade, it is a rich dark blue which now makes the building rather incongruous and imposing.

‘The use of a paler shade on the top storey is also unusual and serves to divide the façade horizontally, visually speaking.

‘While there is nothing inherently unattractive about the blue shade, its use in this context and over such a large area is out of character and imposing.

‘The style of this listed building is one seen reflected throughout the town in attractive rows of Georgian town houses and this consistency gives the town a strong local character, which is a positive feature of Newark. 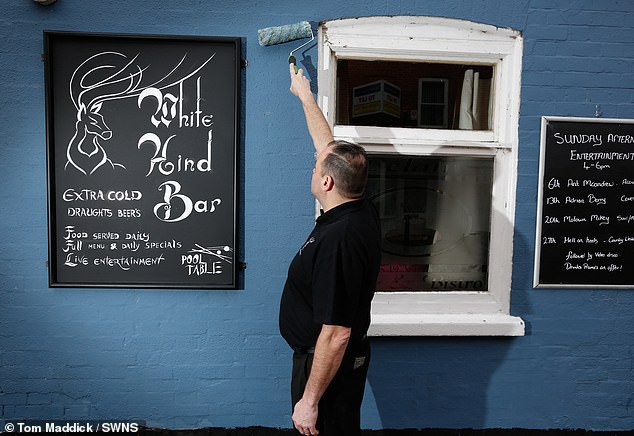 ‘It is for these reasons that I think the deep blue shade is inappropriate and if an application was made to retain this shade is likely to get an officer recommendation for refusal.’

Matt Lamb, business manager for planning development at the council, said: ‘The newly painted colour is not in keeping with the colours normally permitted within the Conservation Area.

‘We are committed to preserving and maintaining the town’s heritage so we are working with the establishment to agree a new colour scheme.’