Outside Amber Lounge, the post-race hotspot for the paddock’s peacocking rich, a fan thought he had spotted Lando Norris, the McLaren rookie.

‘No, I’m not him,’ Norris fibbed. ‘Would a Formula One driver be as dirty as this?’ He was referring to the oil-ridden hours he had spent after last weekend’s race in Singapore helping mechanics pack up his car ready for tomorrow’s Russian Grand Prix. 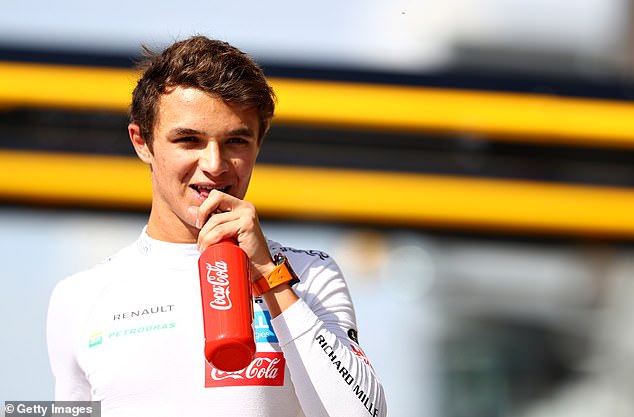 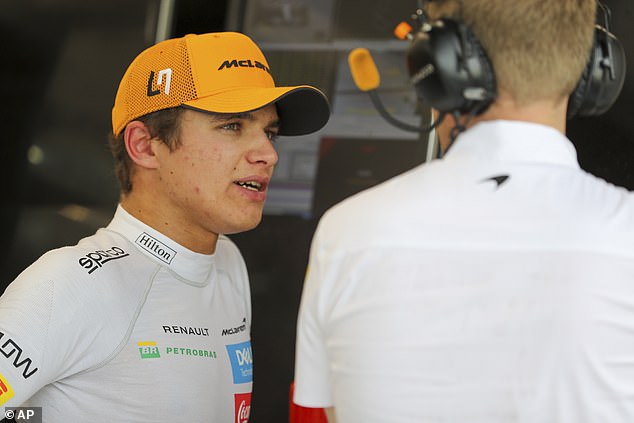 It was, by his own admission, an experience the 19-year-old enjoyed more than his next nocturnal appointment, at Amber Lounge.

Contradicting the image of drivers living high on the hog — exemplified by Hunt with his harem of BA stewardesses — Norris said: ‘Amber Lounge was all right but it is not something I get excited about, as if I can’t wait for it. I was more dreading it and not wanting to go.

‘It’s not really me. Carlos (Sainz, his team-mate) really wanted me to go and experience it.’ 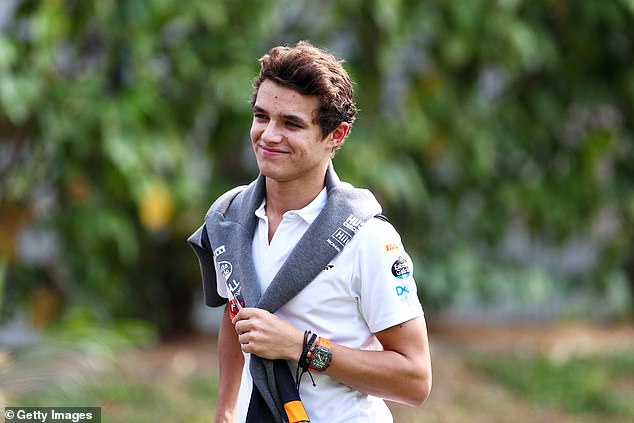 ‘It’s not really me’: Norris has revealed he dreaded his first visit to Amber Lounge

Norris did, however, allow himself a beer, a first this year for the near-teetotal son of Somerset. Then, it was off to the pool for fun there.

Norris is every inch the ‘Millennial’ driver. Away from the track, he derives his kicks from racing online against other housebound enthusiasts. When he visited Melbourne for the first time in March, he didn’t take himself down the Great Ocean Road but stayed in playing on his computer.

His dedication has served him well. He has performed admirably in qualifying and has a best finish of sixth, twice, in a season of vast improvement for his McLaren team. 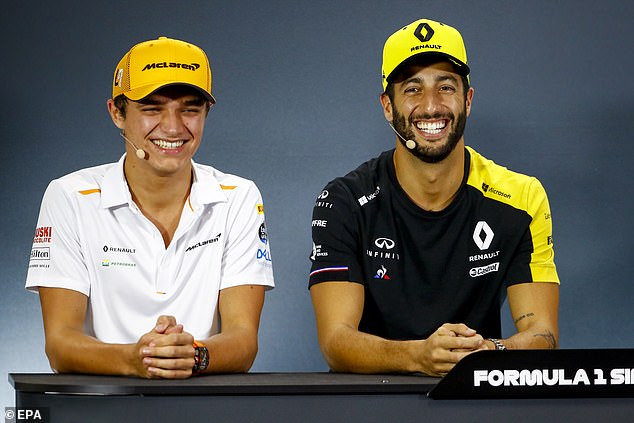 Like most of those who make it to the top of motor racing he was helped by his plush upbringing. His father Adam made a £200million fortune in financial services.

But that did not protect the likeable Norris from self-doubts as he moved into F1 six months ago. 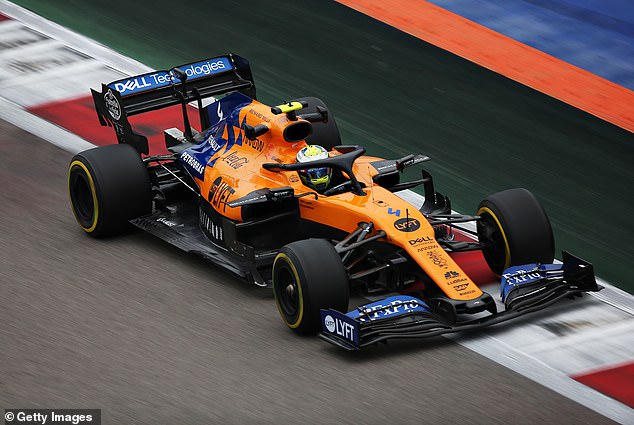 ‘I was doubting myself at the end of last year and the beginning of this,’ he said. ‘I thought I’d struggle. It’s been better than that — still extremely tough but altogether I am happy with what I have done.

‘I think back to how nervous I was at the start. I compare that to how chilled and relaxed I am now.

‘It is nice to have got to this point. I have go to know people and I get on well with my mechanics. I like to see them happy. They work harder on the car than I do and it is nice to show you are on their side.’

He finished yesterday’s practice at Sochi in mid-table, with another young thruster, Red Bull’s Max Verstappen, leading the way, though the Dutchman faces a five-place grid penalty as a consequence of unscheduled engine changes.

As for Lewis Hamilton, he was only fourth quickest overall and behind his Mercedes team-mate Valtteri Bottas in both sessions. Ferrari’s Charles Leclerc looked strong, finishing first in the morning and second fastest in the afternoon.