Return to sender: Moment tables are turned on fly-tipper who dumped 400 tyres in countryside… when landowner uses tipper truck to pile them on his front lawn

A land owner has shared hilarious footage getting his revenge on an alleged fly tipper who supposedly dropped more than 400 tyres on his land.

Gary Rothwell, from Liverpool, filmed himself using a dump truck to take the rubbish, which had been left on his land in Haydock, Liverpool, back to the culprit.

Mr Rothwell posted videos of himself on Facebook on August 13 showing the moment the truck deposits the tyres in the alleged fly tipper’s garden.

Gary Rothwell, pictured, filmed himself standing in front of a mound of tyres dumped on his land in Haydock, Liverpool 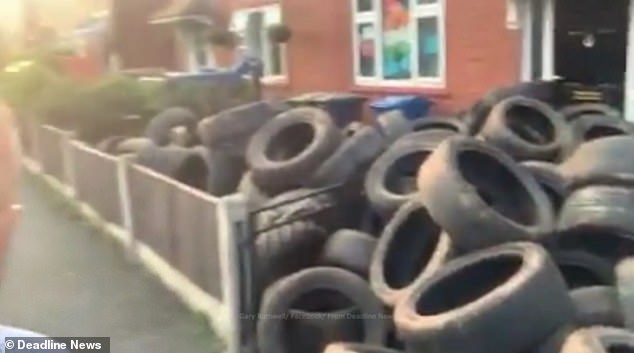 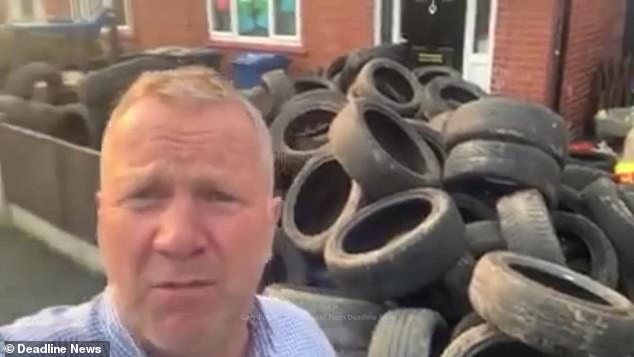 Mr Rothwell, from Liverpool, filed himself standing outside the house of the alleged fly tipper after putting all the tires in the front garden

In the first clip he films himself talking to the camera standing in front of the mound of tyres on his land.

He said: ‘We have come to my land at Haydock and somebody has put these tyres here overnight.

‘Luckily, we found out who has forgotten them, so we are going to take them back to the person who put them here, thank you.’

A second video shows a truck full of tyres reversing back into a driveway, before depositing them on the unsuspecting homeowner’s lawn.

At least eight men at the scene throw the tyres into a garden and Gary shouts: ‘I got about to 421 [tyres], but there might be a bit more.’ 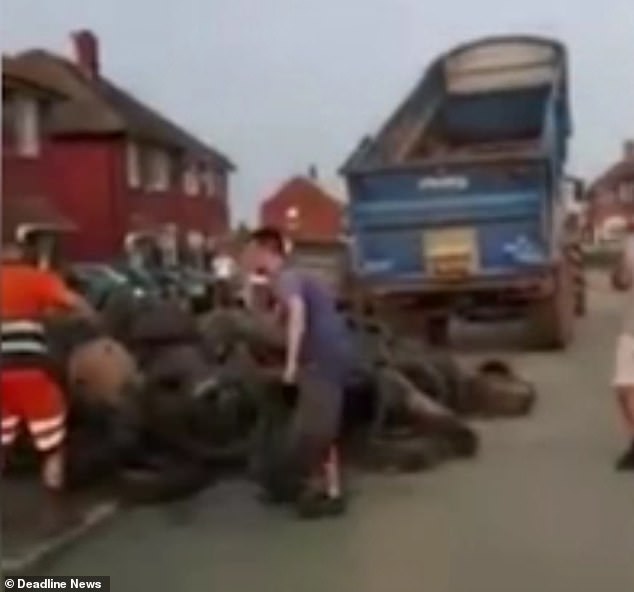 A truck full of tyres reverses back into a driveway, before depositing them on the unsuspecting homeowner’s lawn 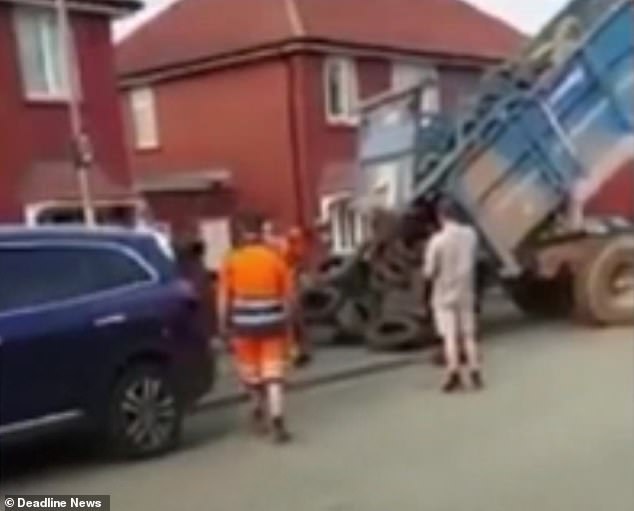 More than eight men were at the scene and Mr Rothwell can be heard saying: ‘F****** fantastic that’s what that f***** gets’

A photo then shows the house’s front garden completely covered in the rubber.

Gary, the 2017 High-Speed Flying Kilo World Wheelie Champion, then takes another video of himself saying: ‘Done now, given them back, so thank you.’

Gary posted to scene on Facebook and it has delighted social media users.

Naomi Shaw wrote: ‘I have lost count of the number of days I wake up and find some low life has fly tipped on our land! Good on you for finding the culprit.’ 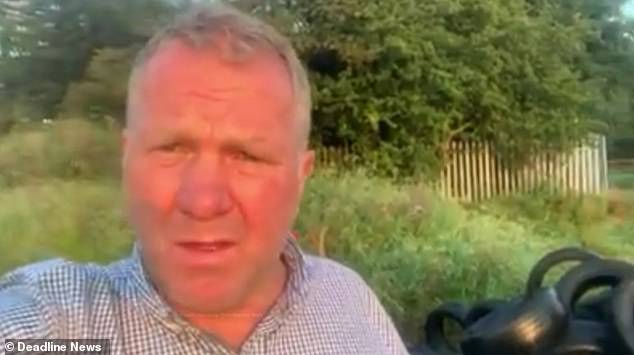 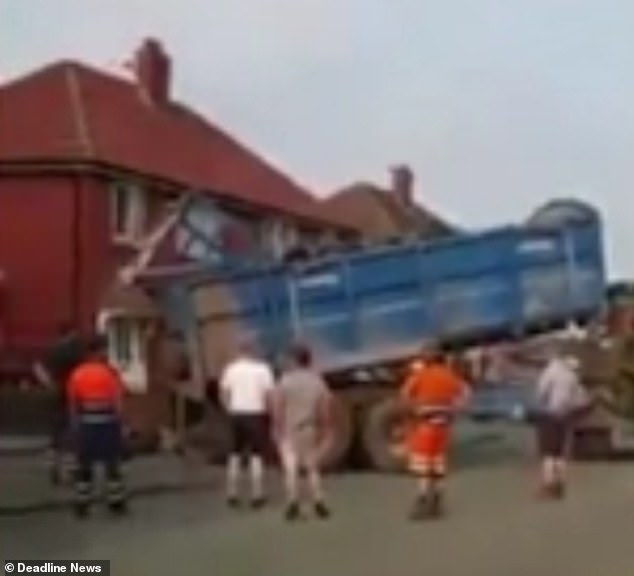 And Suzanna Adams commented: ‘Bet he’s been wondering where he left all those tyres as well!

‘I’m sure he’s glad they are all back safe and sound.’

According to the commons library, the penalty for fly tipping can be a fine of up to £50,000 and up to 12 months imprisonment if convicted in a Magistrates’ Court.