A landscaping business owner believes he is struggling to hire staff because people would rather pocket the JobSeeker payment than work for a living.

Tim Buckle is the managing director of Landscape Solutions, which employs 700 people across Australia and New Zealand.

He is looking to fill 20 jobs in New South Wales alone but says he’s unable to find workers because of high JobSeeker payments, news.com.au reported.

Mr Buckle said it’s always hard to get people to fill roles in Sydney but the difficulty has now become ‘next level’.

Tim Buckle (pictured) is the managing director of Landscape Solutions, which employs 700 people across Australia and New Zealand

‘The landscape industry offers the lower end of wages, and the gap between JobSeeker is so close, there’s no incentive for someone to go to work.’

Mr Buckle’s business saw its revenues decline by 15 to 20 per cent due to the pandemic but was unable to secure JobKeeper funds.

Landscaping Solutions had to cut 25 staff but since their business bounced back they were able to hire everyone back and need to fill more roles.

Mr Buckle said one position – the trade assistant role – pays about $25 an hour and after tax there is a $200 gap between the wage and the JobSeeker payment.

Mr Buckle said previously they would get 40 applicants for the position but now receive just two or three, and that is why he thinks the drop in applicants is due to JobSeeker payments.

The business owner isn’t the only one struggling to fill advertised positions.

But employers struggling to find workers have blamed a ‘lack of applicants’ despite a surge in unemployment in the wake of COVID-19, data from the National Skills Commission showed.

In a survey conducted on 5,700 employers with 3,500 vacant positions, 44 per cent said their biggest problem was a small number of applicants.

‘The most commonly mentioned occupations that employers have been recruiting for since 7 April 2020 include retail sales assistants, truck drivers, child carers, receptionists, managers and registered nurses,’ the NSC report said.

‘Around 30 per cent of recruiting employers were having (or expected to have) difficulty filling their vacancies. 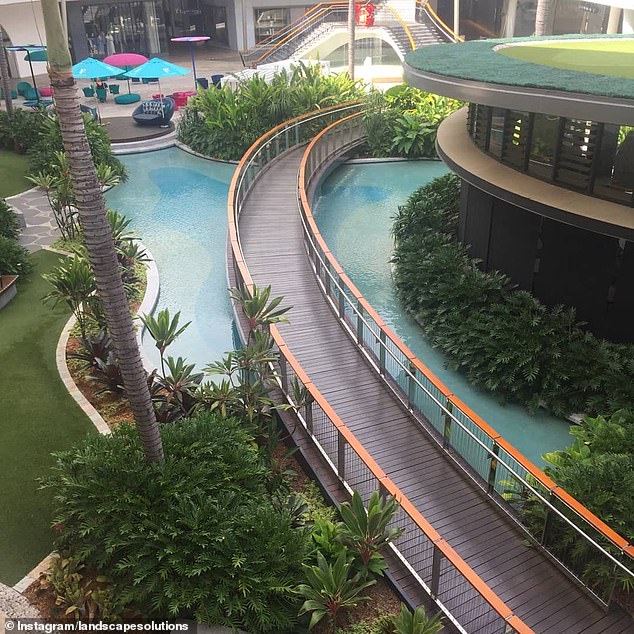 Mr Buckle said one position – the trade assistant role – pays about $25 an hour and after tax there is a $200 gap between the wage and the JobSeeker payment. Pictured: Project by Landscaping Solutions

‘Lack of applicants’ was the most common reason (mentioned by 44 per cent of employers having difficulty recruiting), followed by ‘applicants lack experience’ (27 per cent).’

These were followed by the ‘location’ of the vacancy and ‘applicants lack technical skills’ (both 20 per cent).

In June the Australian Bureau of Statistics revealed the unemployment rate is 7.4 per cent – a 0.3 per cent increase on the month before.

The government benefits were introduced at the height of the coronavirus pandemic in Australia.

A Senate inquiry earlier this year revealed that Newstart payments were inadequate, and they were doubled to create the JobSeeker payment.

Mr Buckle said he understands $270 a week was difficult to live on but didn’t understand why it was doubled for people who were already unemployed when the pandemic hit.

Prime Minister Scott Morrison announced on Tuesday the coronavirus wage subsidy payment JobKeeper, which currently helps 3.5million Australians, will be reduced in phases as the economy recovers from lockdowns.

The payment will be reduced from $1,500 to $1,200 from 27 September, with a lower payment of $750-a-fortnight for people who worked less than 20 hours a week in February, before the pandemic struck.

Fewer businesses will be eligible as they must continue to prove a revenue decline of 30 per cent compared to before coronavirus. 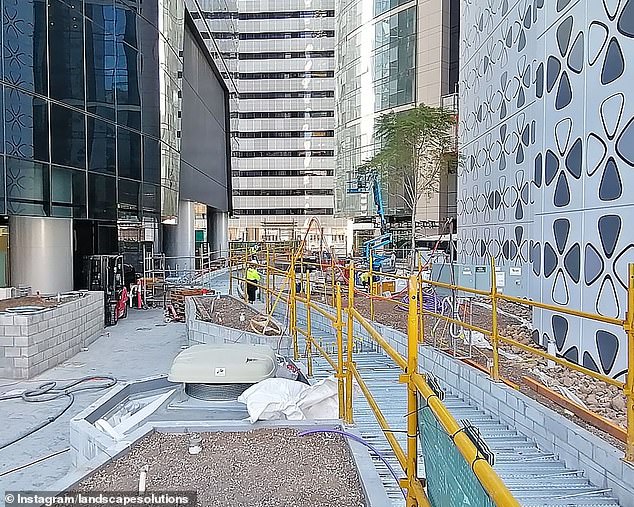 Mr Buckle said previously they would get 40 applicants for this position but now its just two or three, and that is why he thinks the drop in applicants is due to JobSeeker payments. Pictured: Project by Landscaping Solutions

This means that the number of people on JobKeeper is expected to decline from 3.5 million now to 1.4 million between October and December, Treasurer Josh Frydenberg said today.

Mr Buckle told Daily Mail Australia that he thinks the drop in JobSeeker benefits would have more people apply for jobs in his business,

‘I agree in October we would get more people applying for jobs but what would we do between now and then,’ Mr Buckle said.

‘The government has created a blanket solution and it needs to be targeted for specific industries.’

He said Landscaping Solutions got ‘lost in the mix’ during the pandemic.

‘We weren’t able to get JobKeeper and JobSeeker is preventing us from getting staff,’ he said.

‘We are competing with businesses that did get that benefit. It’s almost like we are being punished.’