LAPD cop Mambasse Koulabalo Patara, 42, was arrested on Tuesday after border patrol agents say they caught him trying to shuttle two illegal immigrants into the country

A Los Angeles Police Department officer has pleaded not guilty to charges he tried to smuggle two Mexican nationals into the country this week.

Traffic cop Mambasse Koulabalo Patara, 42, of Fontana, entered a not guilty plea to a single charge of transport of illegal aliens on Thursday. He was released on bond and ordered to surrender his passport and any firearms he owns.

If convicted, he faces the possibility of up to five years in prison and a $250,000 fine.

Patara was off duty when he was arrested early Tuesday morning at a San Diego County immigration checkpoint about 12 miles north of the Mexican border, according to the federal complaint filed Wednesday.

Patara and the two passengers in his 2006 Toyota Corolla were pulled over at the Campo Border Patrol Checkpoint near Pine Valley around 12.15am.

Agents said Patara seemed nervous, was visibly shaking and avoided eye contact with them. He immediately told agents that he was a cop, and showed them his LAPD identification card.

He also told the agents that the two other men in the car, Fermin Lopez and his nephew German Ramirez-Gonzalez, were U.S. citizens.

Lopez was asleep in the back seat of the car when they pulled into the checkpoint. An agent woke him up and asked if he was a citizen, and he responded yes, even though the agent said it didn’t look like he understood the question. The agent repeated the question in Spanish, and Lopez again responded that he was a citizen but didn’t have any ID on him. 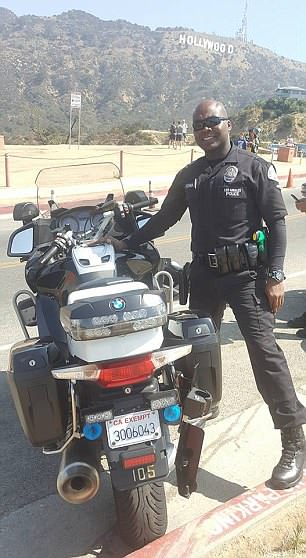 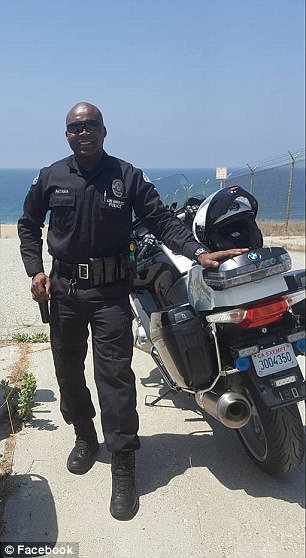 Patara, of Fontana, California, is an 11-year veteran of the LAPD. He has pleaded not guilty to the charges

Ramirez-Gonzalez was in the front seat and also seemed nervous. Agents noted that he was constantly looking away, refusing to make eye contact.

Suspicious, the agents asked Patara to drive over to a secondary inspection area. At this second location Patara told agents that he had his department issued gun on him. They patted him down and found the gun in his waistband.

It was at the second location that the two men admitted that they were in the country illegally. At this point, all three men were taken into custody.

In interview with agents, Lopez and his nephew gave different stories about how they ended up in the country.

Ramirez-Gonzalez said he’s known Patara for about five years, and had worked on his home in Fontana.

He said that he and his uncle hiked over the border about a week earlier and then got a ride up to Los Angeles from another person.

That night, he says they drove to Viejas Casino in Alpine and gambled for about an hour before moving on to the Golden Acorn Casino in Campo.

He says they left Acorn shortly after they arrived, and headed back towards L.A. around 8pm or 9pm.

He had no explanation for why the 15 to 20 minute drive between the casino and the checkpoint took them three hours.

Lopez on the other hand, said that he and his nephew crossed into the country the previous day, spending a day and a half hiking over the border before arriving at the casino. Once there, he says his nephew got them a ride with a stranger. 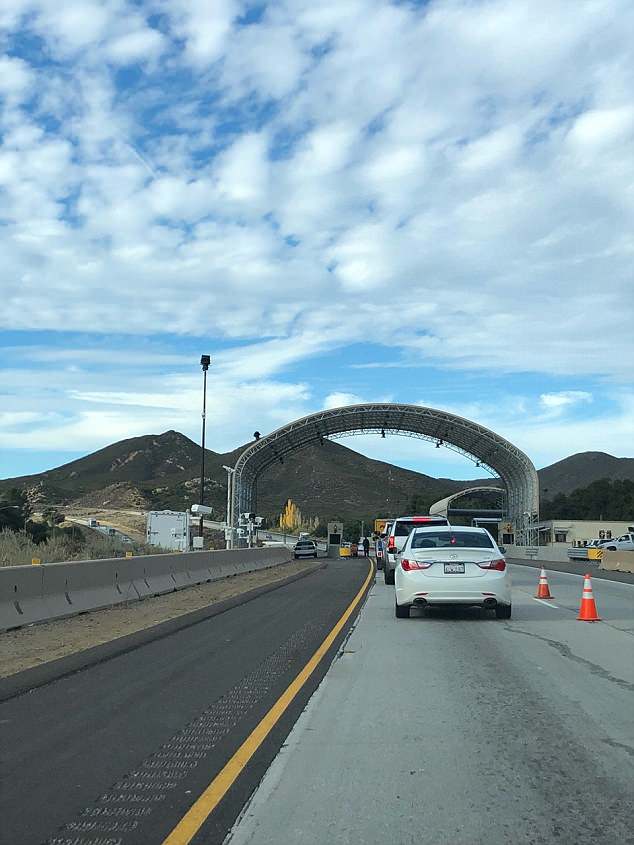 Above is the border patrol checkpoint that Patara was pulled over at early Tuesday morning. The two men he was driving are in federal custody

Neither man said that Patara had been smuggling them.

Both remain in federal custody and are material witnesses in Patara’s case.

Following the charges, Patara was placed on administrative leave from the department. The Internal Affairs Division is investigating.

Patara is an 11-year veteran of the force. He currently works in the  South Traffic Division.

He is due back in court next on May 9.

Neighbors in Fontana were shocked ot hear the news about patara.

‘I heard what happened, and I’m really shocked,’ one woman told CBS LA. ‘They’ve always just been a really nice family ever since my husband and I have lived here. […] There’s always multiple sides to every story, so I think that’s important for everyone to keep in mind […] before jumping to conclusions on these types of things.’