LAPD hunt the prolific Funeral Burglar, who strikes while mourners are saying goodbye

Los Angeles police are hunting a man who robbed homes while the residents were at funerals saying goodbye to loved ones.

Doorbell camera footage caught an unidentified white male attempting to burglarize multiple homes while the people were away in Sherman Oaks, Los Angeles.

Homeowners in these neighborhoods were able to make connections to the same culprit after they posted footage and descriptions of him on Nextdoor, a private social media website for residential areas.

There were two separate incidents when the victims went to services put on by the same funeral home and returned back to find their residences broken into.

A white male with blonde hair was seen at two different homes in LA attempting to rob them while the owners were at funerals, police say 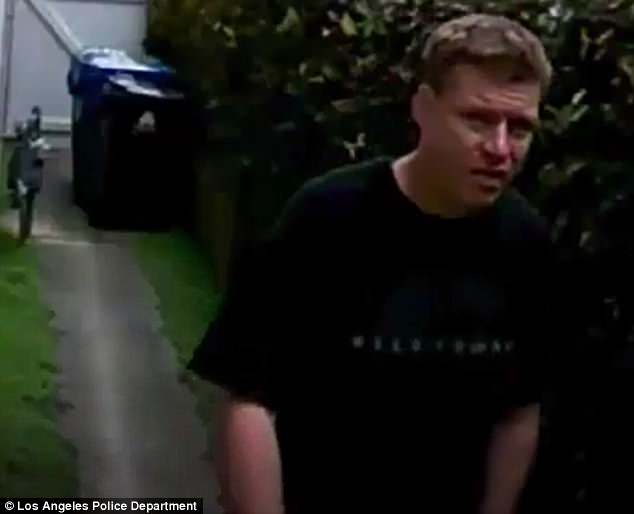 Do you recognize this man? Police are asking anyone with information to call 800-222-8477

But detectives say the culprit is not targeting people based on the funeral home.

The suspect is described as a white male with blonde hair who is between the ages of 25 and 30.

He is also said to be between five feet and 11 inches to six feet tall and weighing around 170 pounds.

The man first robbed a home on March 7 in West LA.

He was then caught again on camera on March 11 robbing another home wearing a black T-shirt, black jeans and black Nike shoes.

During the second incident, the suspect was unable to take anything because he tripped the alarm.

Instead, he was only able to kick multiple doors in before he fled the scene.

After both crimes, the suspect was seen driving off in a white Mercedes with no front plate.

Detectives believe the suspect is potentially going through obituaries to target the person’s family members when they are away at the funeral.

Anyone with information about the suspect and the burglaries are asked to contact LA Regional Crime Stoppers at 800-222-8477. 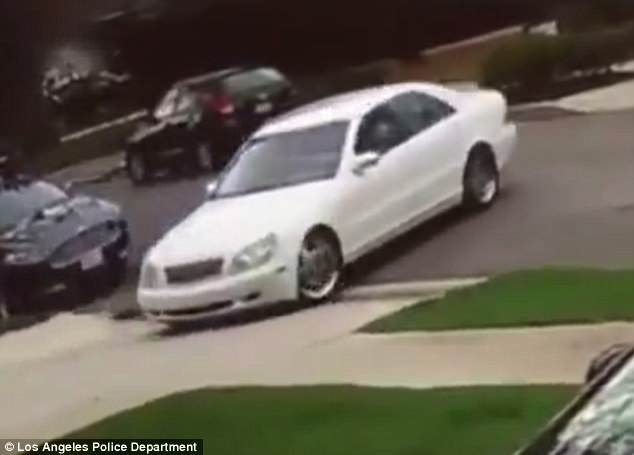 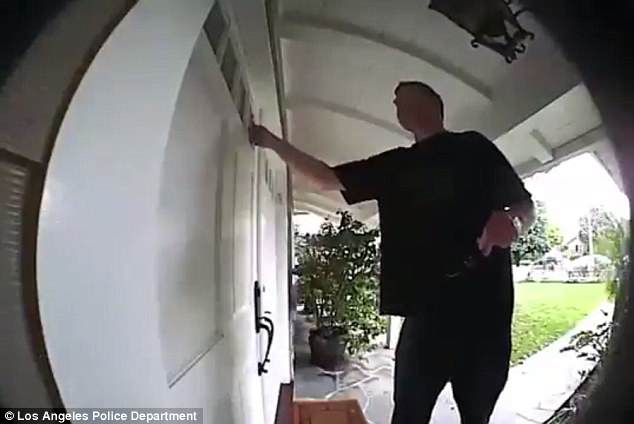