‘If you want to fight for this European trophy you need to fight very hard’: Aymeric Laporte insists Lyon battle will serve Manchester City well later in the Champions league

Aymeric Laporte believes Manchester City’s Champions League struggles against Lyon will stand them in good stead for the rest of the competition.

City claimed a place in the last 16 on Tuesday as they twice came from behind to scramble a 2-2 draw against the dominant French side at the Groupama Stadium.

It was City’s second tough encounter against Lyon having been beaten by the Ligue 1 outfit at the Etihad Stadium in September.

Defender Laporte, who scored City’s first equaliser, said: ‘What we learn from this is there are a lot of strong teams and if you want to fight for this European trophy you need to fight very hard.

‘All the teams are very competitive and demanding in this competition. That is our main challenge, to try to beat them all.’

City got their campaign up and running by responding to the Lyon loss with victory at Hoffenheim and back-to-back successes over Shakhtar Donetsk. They will now look to go through as Group F winners by taking at least a point from their final fixture against Hoffenheim.

Their hopes of taking that top spot would have been all the more difficult had they not managed to find a way back into the game in France.

City were outplayed for large spells and could conceivably have been 3-0 down at half-time as Memphis Depay and Maxwel Cornet fluffed great chances and the latter also hit the woodwork.

The impressive Cornet, the Ivory Coast forward who also struck in Manchester, went on to score twice in the second half but each time City responded quickly, first through Laporte and then Sergio Aguero. 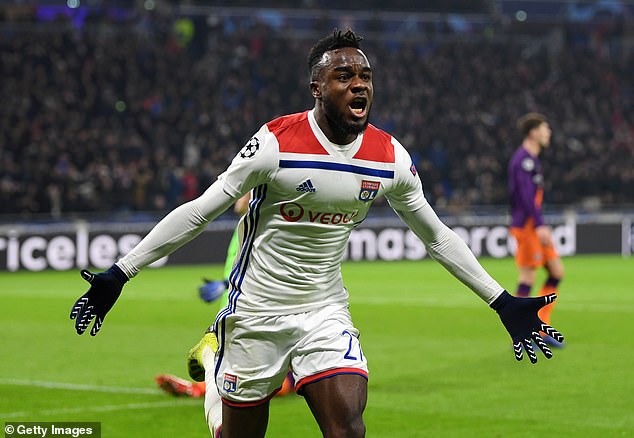 ‘That’s what we had to do, we had to come back twice,’ said Laporte. ‘That’s why we are happy for the draw and the qualification, because that’s what really matters for us. The main goal from the beginning was qualifying for the round of 16.’

Laporte was City’s best performer on the night, continuing his impressive recent form. The Frenchman has become a mainstay of Pep Guardiola’s defence this season and he made several important defensive interventions before claiming his third goal of the season with a powerful header from a corner.

His partnership with England centre-back John Stones is also blossoming.

We have a great relationship,’ said 24-year-old Laporte. ‘We are always together joking all the time and on the pitch it is working well for both of us. We need to take advantage of that.

‘We are very happy for the qualification and are looking forward to the next games.’ 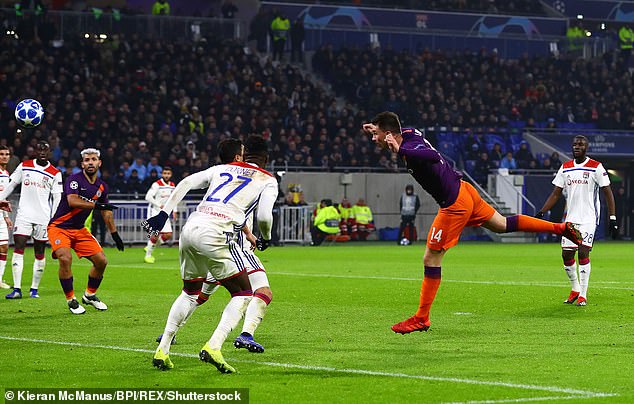