Lara Worthington is all smiles as she goes shopping in London

Shopping for husband Sam? Lara Worthington is all smiles in an oversized leather jacket and black jeans as she goes shopping in London’s famous Savile Row

Lara Worthington has been busy accompanying her Hollywood star husband Sam to red carpet events for Avatar 2 over the last week.

But on Wednesday, the former model was spotted racing around London’s Savile Row.

The 35-year-old was all smiles as she ducked in and out of various stores, most likely to find the perfect Christmas gift for her husband Sam Worthington.

Lara showed off her masculine sense of style in a pair of black jeans, an oversized black leather jacket and a crisp white T-shirt.

She had minimal makeup on, which allowed her natural beauty to shine through.

The Being Lara Bingle star entered a few different stores and had a smile on her face the entire time.

Meanwhile, Sam recently returned to the Avatar franchise for the much-anticipated sequel, set for release on December 16, with third and fourth movies also said to be in the works.

The second movie, titled Avatar 2: The Way of Water, has brought back much of the original cast including Sam Worthington, Zoe Saldaña, Sigourney Weaver and Stephen Lang but also added Kate Winslet and Vin Diesel.

‘Jake Sully lives with his newfound family formed on the planet of Pandora,’ according to the movie’s IMDb page, with Sam playing Jake.

‘Once a familiar threat returns to finish what was previously started, Jake must work with Neytiri and the army of the Na’vi race to protect their planet.’ 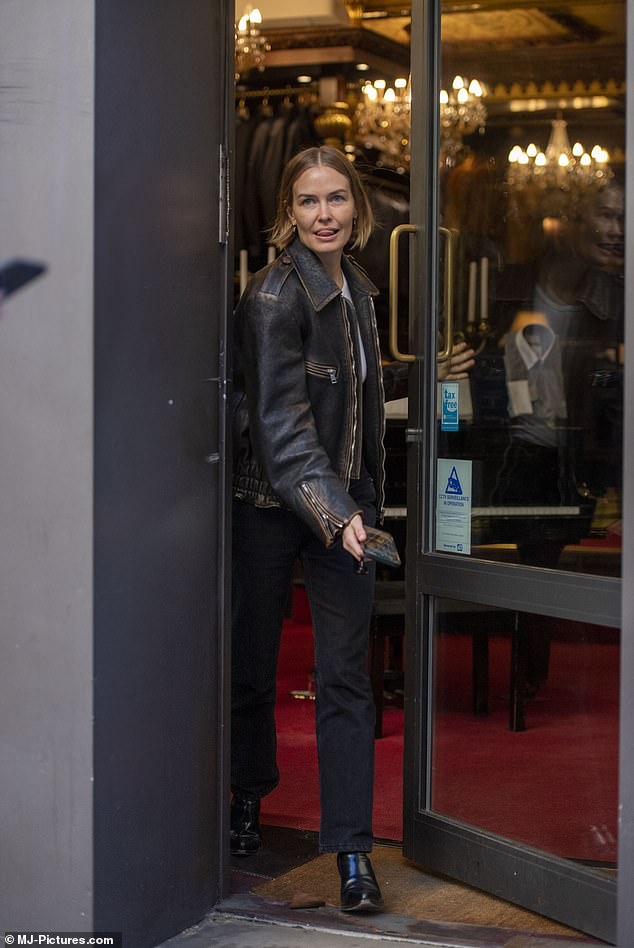 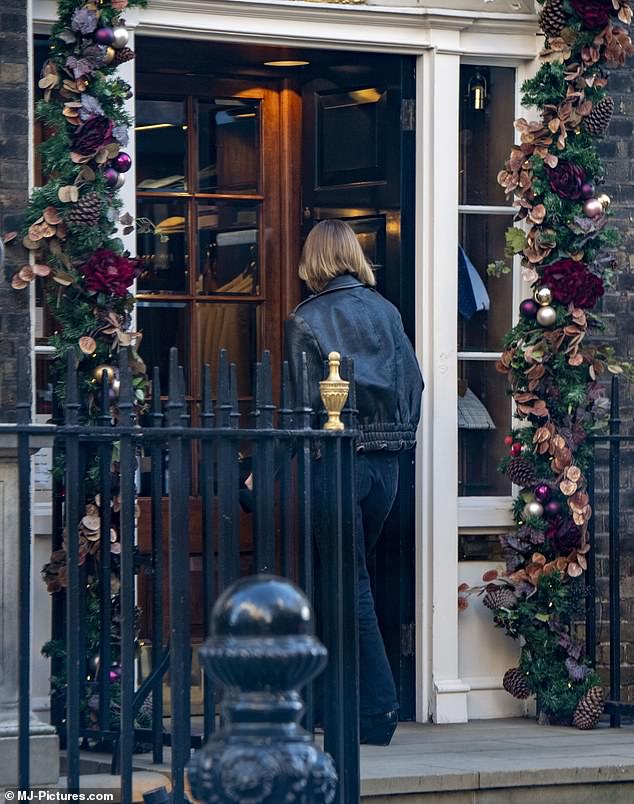 Director James recently admitted the film needed to make a whopping $2billion to break even.

Sam recently revealed that filming the sequel was the ‘hardest thing’ he’s ever had to do.

The former bricklayer, 46, says he had to learn to ‘free dive’ -deep water diving without scuba gear- for his role in Avatar: The Way of Water. 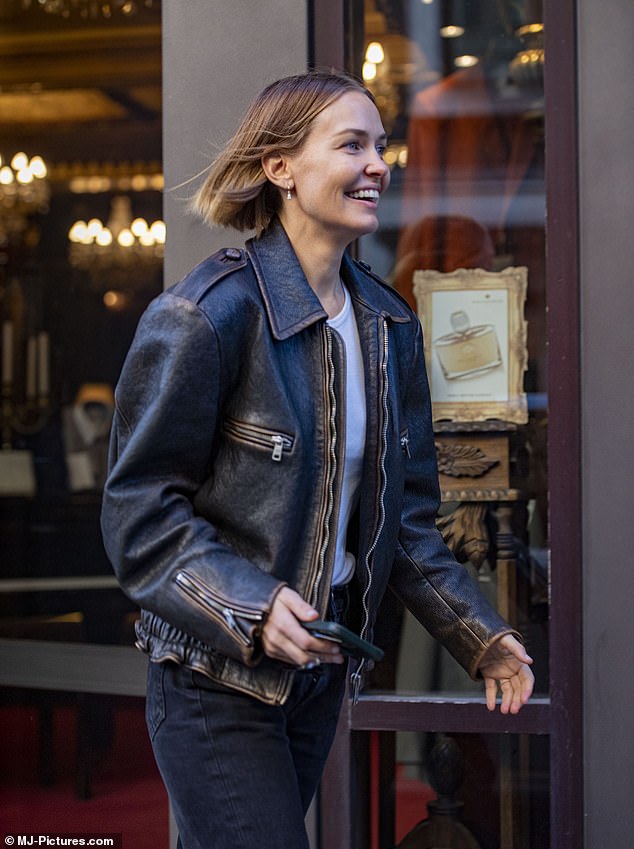 Lara showed off her masculine sense of style in a pair of black jeans, an oversized black leather jacket and a crisp white T-shirt

‘There’s a very emotional scene between me and [my son in the film],’ he told News.com.au.

‘But we are thirty feet underwater and running out of oxygen. You’ve got to forget to forget that you’re deep down, that you’re depleting all your oxygen, and just play this emotional scene between a father and a son.’

The Terminator star described the experience of making the film, directed by Titanic hitmaker James Cameron, as ‘daunting’. 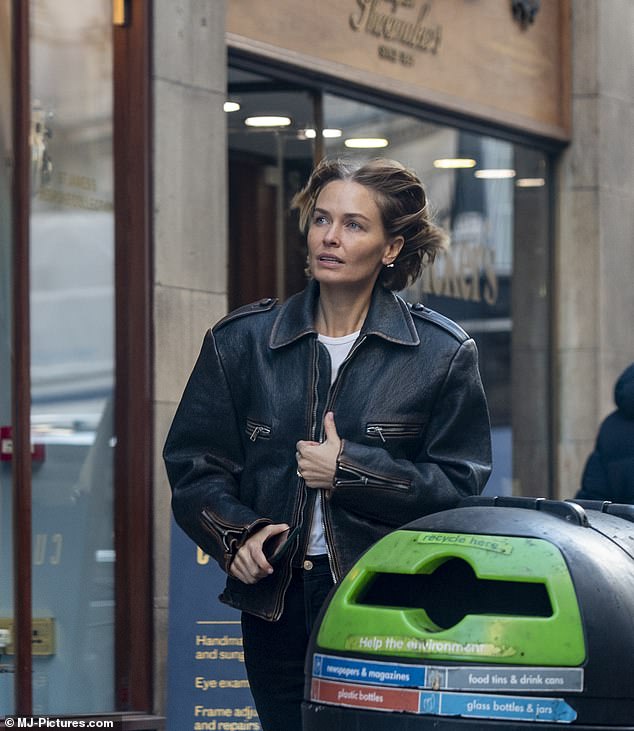 She pulled her jacket tight, perhaps due to the cool weather in the English city 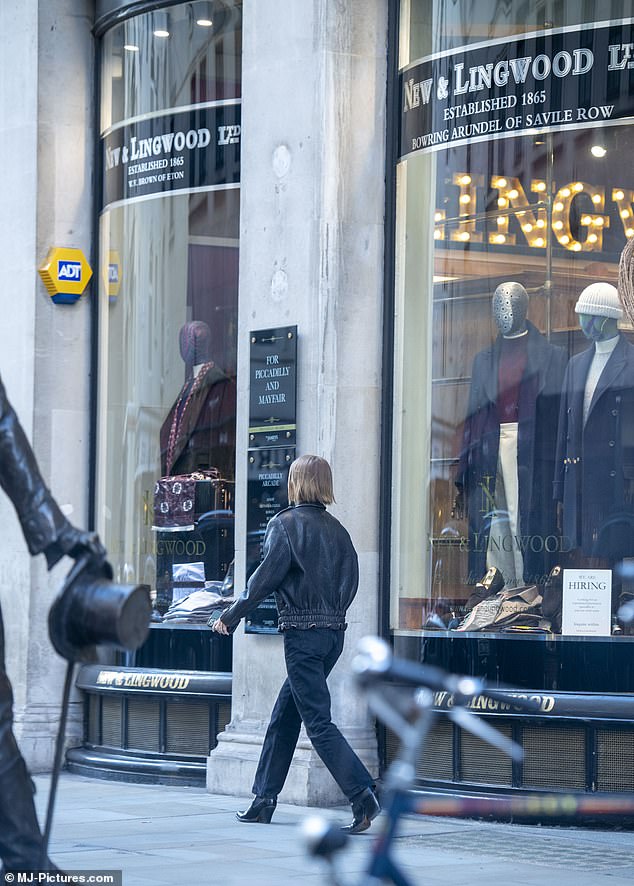 Sam told the publication that he took many months to learn how to free dive, and was taught by the world’s best.

He and Lara meanwhile recently became vegetarian after getting to know vegan director James. 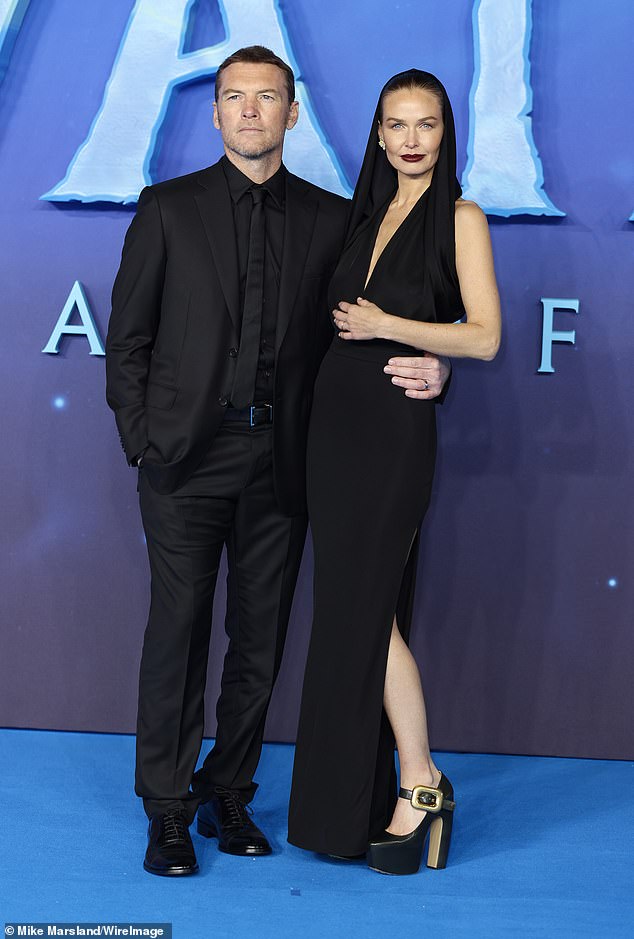