Around 80 firefighters were called to a huge blaze in east London at a multi-storey apartment block.

London Fire Brigade said 12 engines were called to Harry Zeital Way in Clapton at around 11pm on Monday.

Dramatic footage shared on social media showed smoke billowing from the block of flats as fire fighters battled to control the flames.

One woman was led to safety by firefighters but there are no reports of injuries, the LFB said.

Crews are expected to be at the scene throughout the night.

London Fire Brigade said in a statement: ‘Twelve fire engines and around 80 firefighters have been called to a fire at a block of flats on Harry Zeital Way in Hackney.

‘Part of the external balcony from the ground to the fifth floor is alight.

‘The Brigade’s 999 Control Officers have taken 67 calls to the fire.

‘The Brigade was called at 2239. Fire crews from Stoke Newington, Homerton, Bethnal Green, Islington, Holloway, Shoreditch and surrounding fire stations are at the scene.

‘The cause of the fire is not known at this stage.’

LFB said they are making ‘steady progress’ in tackling the fire.

Firefighters battling the terrifying blaze in east London last night. They are expected to remain at the scene all night 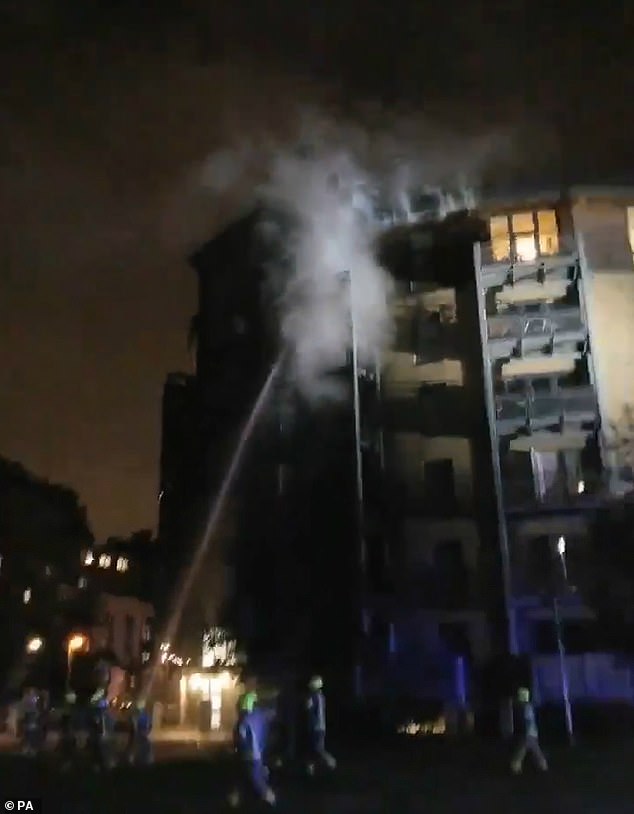 One woman was led to safety by firefighters but there are no reports of injuries, the LFB said 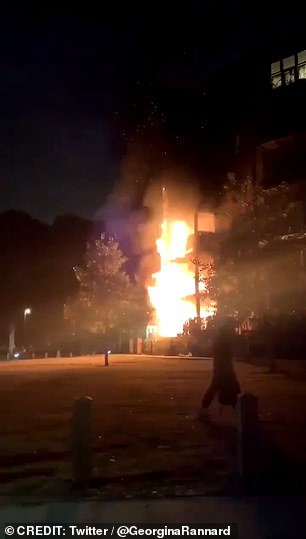 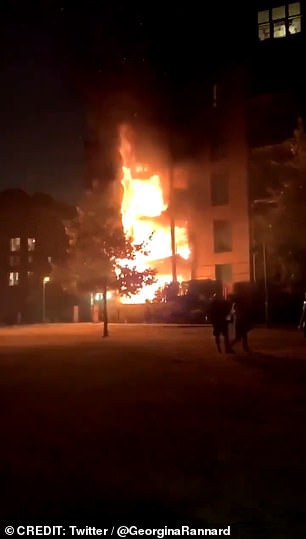