The girlfriend of a man responsible for the worst mass shooting in modern American history is leading a quiet life in Los Angeles and has ‘found peace’ two years on.

Dual-Australian citizen Marilou Danley dated Stephen Paddock for four years before he opened fire on more than 20,000 country music fans from a hotel suite in Las Vegas on October 1, 2017.

Almost two years on from the mass murder – which killed 58 people and injured more than 800 – Ms Danley has uprooted her life and now lives in a quiet estate with her only daughter.

Ms Danley regularly attends Sunday service at a local Catholic church and has kept the tradition she once shared with Paddock alive by visiting her local Starbucks cafe.

Employees at the Starbucks inside the Virgin River Casino in Mesquite where the couple were once regulars said Paddock used to frequently abuse her in front of staff and other patrons.

Ms Danley was initially named as a person of interest in the case but was cleared a short time later.

She told The Courier Mail she is ‘in peace right now’ following the traumatic ordeal. 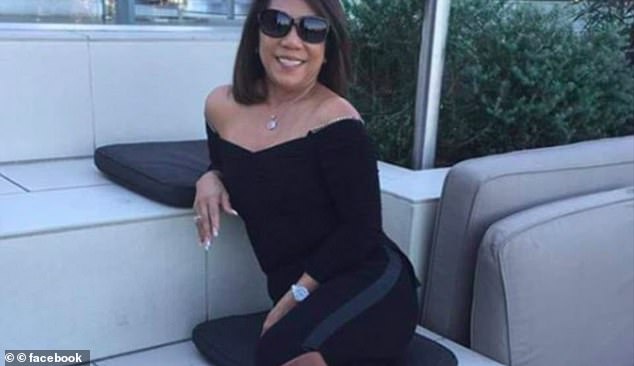 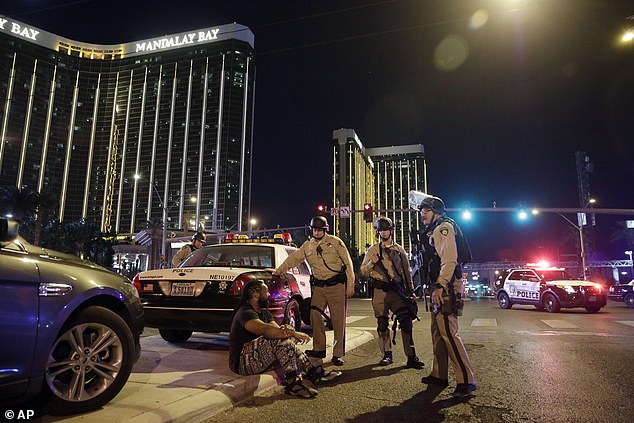 FBI says Paddock acted alone when he planned and carried out the October 1, 2017, attack that killed 58 at a music festival on the Las Vegas Strip

She repeated the mantra twice over before quietly slipping into an SUV driven by her daughter and heading back to her $A3.4million home.

The luxury home in an exclusive Los Angeles neighbourhood is reportedly owned by her daughter and son-in-law.

Ms Danley moved from the Gold Coast to Nevada after the death of her first husband, and was visiting family in the Philippines when Paddock opened fire. 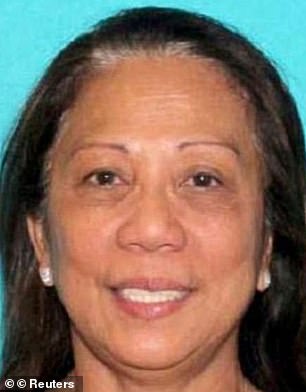 Ms Danley moved from the Gold Coast to Nevada after the death of her first husband, and was visiting family in the Philippines when Paddock opened fire

He had allegedly purchased a plane ticket and given her $150,000 as a gift in the weeks prior to the shooting.

She previously told investigators she believed her relationship had all but run its course when she went away, claiming Paddock had distanced himself from her.

His mental health had rapidly deteriorated, she claimed. At the time of the shooting, he was taking prescribed Valium tablets for his anxiety.

Ms Danley, a former casino worker in Reno, returned to the US after the shooting and told authorities that Paddock had complained that he was sick and that doctors told him he had a ‘chemical imbalance’ and could not cure him.

Danley, who is Catholic, told investigators that Paddock often told her: ‘Your God doesn’t love me.’

‘I knew Stephen Paddock as a kind, caring, quiet man,’ she previously said.

‘It never occurred to me in any way whatsoever that he was planning violence against anyone.

‘He never said anything to me or took any action that I was aware of that I understood in any way to be a warning that something horrible like this was going to happen.’ 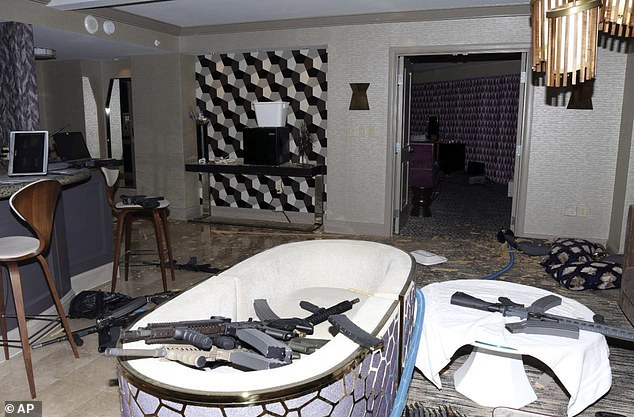 After a thorough investigation, the FBI concluded Paddock, a high-stakes gambler who spent most of his time in casinos on the main strip in Las Vegas, had no known motive to kill.

The 64-year-old fatally shot himself as police closed in and left no suicide note detailing why he did what he did.

‘It wasn’t about MGM, Mandalay Bay or a specific casino or venue,’ Aaron Rouse, the special agent in charge of the FBI’s Las Vegas office, said.

‘It was all about doing the maximum amount of damage and him obtaining some form of infamy.’

The finding was contained in a long-awaited report compiled by the FBI’s Behavior Analysis Unit, a group of experts who spent months examining several factors that might have led to the rampage.

‘This report comes as close to understanding the why as we’re ever going to get,’ Rouse said.

Paddock wanted to die in infamy, inspired in part by his father’s reputation as a bank robber who was once on the FBI Most Wanted list, the report said. In many ways, he was similar to other active shooters the FBI has studied.

His ‘decision to murder people while they were being entertained was consistent with his personality,’ the report said.

The gunman was not directed or inspired by any group and was not seeking to further any agenda. 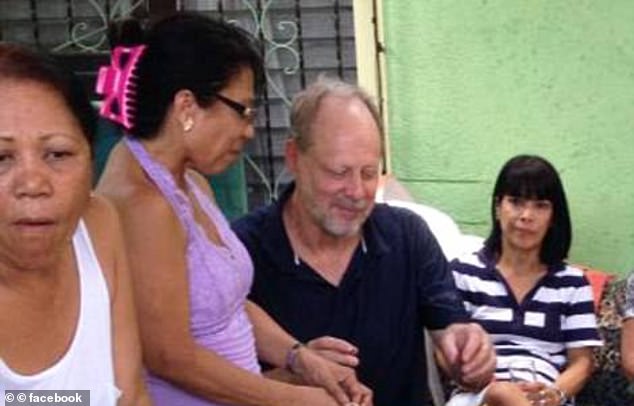 Ms Danley, a former casino worker in Reno, returned to the US after the shooting and told authorities that Paddock had complained that he was sick and that doctors told him he had a ‘chemical imbalance’ and could not cure him