Las Vegas shooting victim reveals she is finally moving on

A victim of the Las Vegas shooting has revealed she has forgiven the gunman after being released from hospital just days before the anniversary of the massacre.

Rosemarie Melanson was among the first hit when Stephen Paddock opened fire on the Route 91 country music festival from his room at the Mandalay Bay hotel, killing 58 people, on October 1 last year.

The 54-year-old was unable to move after a bullet hit her lung, oesophagus, spleen and liver, the Sun Online reports.

Don Matthews, a heroic off-duty firefighter urged her two daughters to run for their lives and later dragged Rosemarie to safety.

Rosemarie Melanson (centre, in hospital after her 12th surgery), the worst injured of the Las Vegas shooting victims, has said she has forgiven the gunman 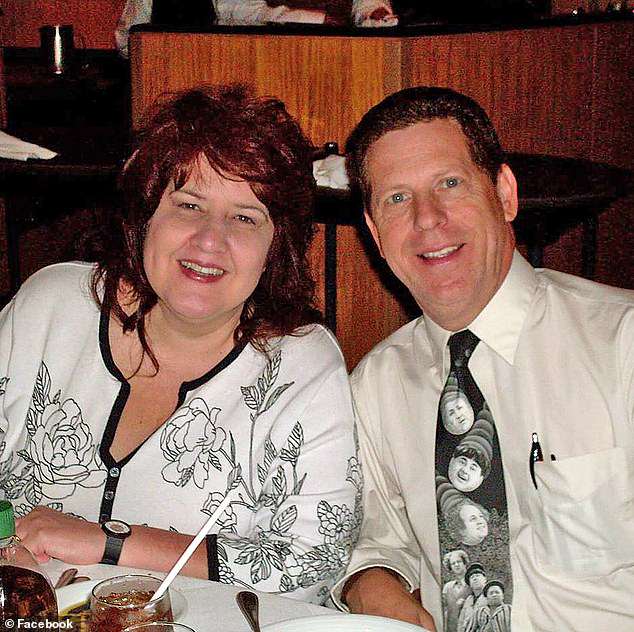 After months in intensive care and 12 life-saving surgeries, Rosemarie was allowed home just a few days before the first anniversary of the deadliest mass shooting in modern US history.

Despite the long road to recovery ahead of her, Rosemarie – who has been branded ‘the warrior’ by her family – and her husband Steve, 60, say they have forgiven Paddock.

‘I do forgive him. One day we all want to need to be forgiven for what we’ve done,’ she told Sun Online.

Her husband added that they needed to forgive the gunman in order to move on and not let her anger fester.

He said: ‘You have to forgive otherwise he’s the winner. He’s going to bring our family down and I refused to let that happen.’

Steve added that on the anniversary of the shooting, the couple are celebrating that Rosemarie survived and inspired so many others.

Rosemarie still struggles to speak for long, but recalls the shock she felt when she realised she had been shot. 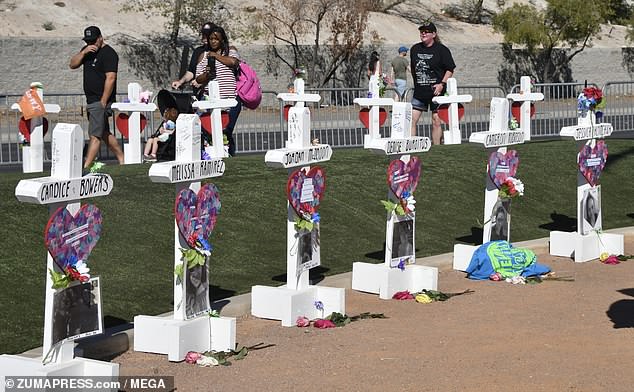 ‘I was in shock that I was shot, literally shocked when I looked down and saw that I had been shot, I thought, ‘Not me. Not with all these people here.’

She has memories of being conscious for around 30 to 40 seconds and being placed on a fence and dragged – but then her memory is a blank for the next two months.

On Monday, survivors, families of victims, first-responders and elected officials remembered the lives lost a year ago.

Several hundred people gathered at an outdoor amphitheater in Las Vegas during an event that began with a prayer and words from Nevada Governor Brian Sandoval.

‘Today we remember the unforgettable. Today, we comfort the inconsolable,’ Sandoval said.

‘Today, we are reminded of the pain that never really goes away.’

Among the attendees who are offering prayers, songs and speeches at the event was Mynda Smith. 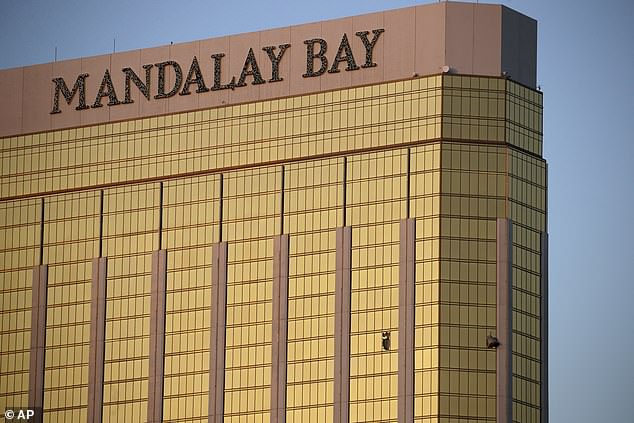 Smith said her sister she was energetic, adventurous, a fan of all kinds of music.

‘I want to bring the message about living life to the fullest,’ Smith said.

‘About how grateful we are for our community, the love and support that we got, and being `Vegas Strong.”

Smith started a scholarship fund for victims’ children and says she reached loved ones of almost all the dead.

Thirty-three were from California, six others from Nevada, four from Canada and 12 from other US states.

‘It was a heartbreak every time,’ Smith said. ‘This was a tragedy of grand scale. We have a long way to go. But we have to move forward with love and light.’

Many who were cheering Jason Aldean’s headline set on the Las Vegas Strip that night said later they thought the rapid crack-crack-crack they heard was fireworks – until people fell dead, wounded, bleeding.

From across neon-lit Las Vegas Boulevard, a gambler-turned-gunman with what police later called a meticulous plan but an unknown reason fired assault-style rifles for 11 minutes from 32nd-floor windows of the Mandalay Bay hotel into the concert crowd below. 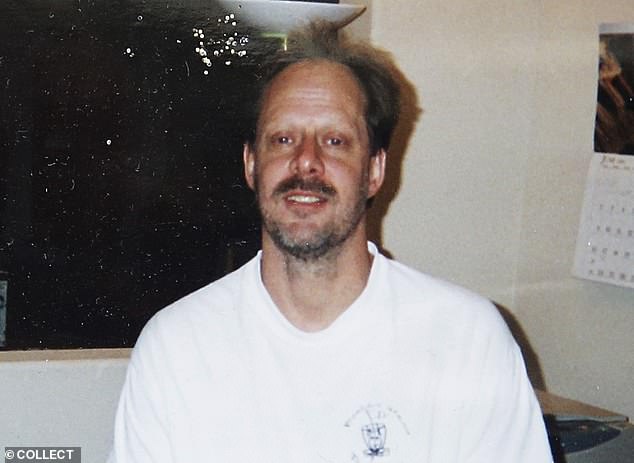 Paddock (pictured) opened fire on the Route 91 country music festival from his room at the Mandalay Bay hotel before killing himself, police say

Police said he then put a pistol in his mouth and killed himself.

Medical examiners later determined that all 58 deaths were from gunshots.

Another 413 people were wounded, and police said at least 456 were injured fleeing the carnage.

He issued a report that said hundreds of interviews and thousands of hours of investigative work found no motive, no conspiracy and no other shooters.

A final FBI report, including a behavioral analysis of Paddock, is expected by the end of the year.

Another report last month involving the Federal Emergency Management Agency found communications were snarled and police, fire and medical responders were overwhelmed by 911 calls, false reports of other shootings and the number of victims.