Last black Democratic 2020 candidate will quit: Deval Patrick is out

Former Massachusetts Gov. Deval Patrick is reported to be dropping out of the Democratic presidential primary race on Wednesday, the last black candidate in the field.

His exit leaves Tulsi Gabbard, who is of American Samoa descent, as the only minority in the contest.

CBS News reported his planned departure even as Patrick’s campaign denied that report, putting out a statement Tuesday night from a spokesman: ‘As the Governor stated tonight, he is evaluating and will make a decision about the future of the campaign tomorrow.’ 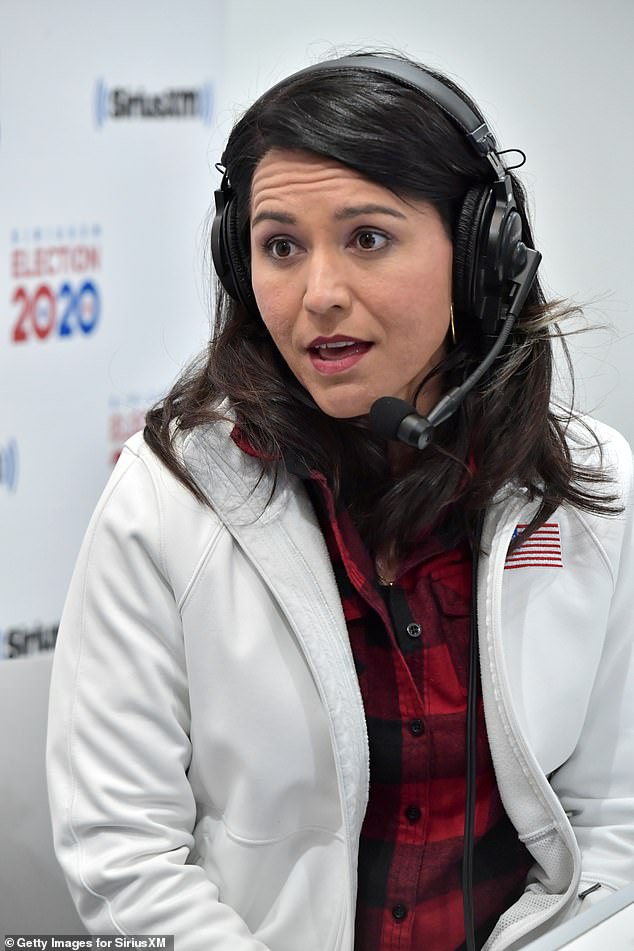 His departure leaves Tulsi Gabbard, who is of American Samoa descent, as the only minority in the contest

But he also admitted his long shot bid, in which he had invested heavily in New Hampshire, was not catching fire.

He told supporters in Manchester Tuesday night that he and his wife would take the night before making ‘some decisions’ about the future of his bid, which was seen as a signal for him imminent departure.

He had less than 1 per cent of the vote in the New Hampshire contest.

‘We needed the winds from New Hampshire at our back to carry us on in this campaign,’ he said. ‘We feel as tired as you. Diane and I are going to go home and rest and reflect on this outcome and make some decisions tomorrow morning about what the future of this campaign can and should be.’

He also lamented media coverage of his campaign, which he said cemented the idea in the minds of potential supporters that he jumped in too late.

Despite being one of the latest Democrats to enter the race, Patrick disputed that he entered too late. But he said ‘the weight’ of skeptical coverage ‘was in the way.’

Patrick entered the presidential contest late – in November 2019 – after none of the announced contenders had caught fire with the party’s electorate.

Yang dropped out Tuesday night after a poor showing in New Hampshire’s primary where he, too, had invested heavily.

Gabbard actually did one spot better than Yang in the New Hampshire results, coming in seventh and vowing to campaign on. 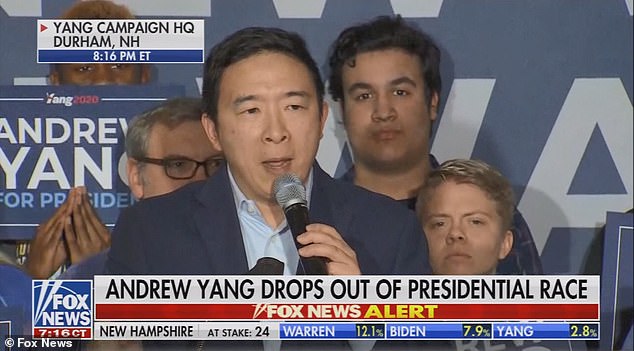 Patrick, 63, never made the debate stage and most Americans would probably find it hard to identify him or name one of his policy positions.

He has a close friendship with former President Barack Obama. Some former advisers to Obama had pushed Patrick to run. He considered in 2018 but opted not to after his wife Diane was diagnosed uterine cancer.

She recovered after surgery and the former governor made a late bid but was ultimately too late to make waves in the contest.