Last Ferrari to win Le Mans could be most expensive ever

The last ‘works’ Ferrari to win the 24 Hours of Le Mans race could become the most expensive car ever sold when it goes to auction in early 2018.

The 1964 275 P took the chequered flag at the day-long endurance event in the same year – a feat that hasn’t been repeated by an official Prancing Horse car in the 53 years since, making it arguably the most collectible Ferrari of all time.

In February, the monumental motor will be sold at a Paris auction and is predicted to eclipse the highest figure paid for anything with four wheels – a record currently set at $38.115million, which works out at around £29million today.

Ferrari’s last Le Mans memory: The number 20 car, second in this image, is the Ferrari 275 P that went on to win the 1964 24 Hours of Le Mans – and it’s due to be sold for a potential record sum in February next year

If it was to become the most expensive car of all time, it would demote another Ferrari – a 1962 250 GTO – that sold at the Quail Lodge Bonhams auction in California in 2014.

At the time of sale – before the pound’s huge drop in value – that $38million fee equated to £22.9million. A British buyer today’s British buyer would need to find an extra £5.8million for the same US dollar amount.

Insiders expect that record figure to be surpassed on 9 February next year when the race-winning 275 goes under the hammer as part of the Artcurial Motorcars sale, in Paris, next February.

It is the eighth Ferrari entered by the factory team to take the outright victory at Le Mans between 1949 and 1964, with chassis number 0816 completing 349 laps of the 8.5-mile circuit.

Piloted by Jean Guichet and Nino Vaccarella,  the prototype car – signified by the ‘P’ in its name – completed 2,918 miles in the allotted time-frame with an average speed of 122.2mph.

It wasn’t the last Ferrari to win at Le Mans, though – that record goes to the Ferrari 250LM entered by the non-factory sponsored North American Racing Team the year later.

The next four years were then dominated by the iconic Ford GT40. 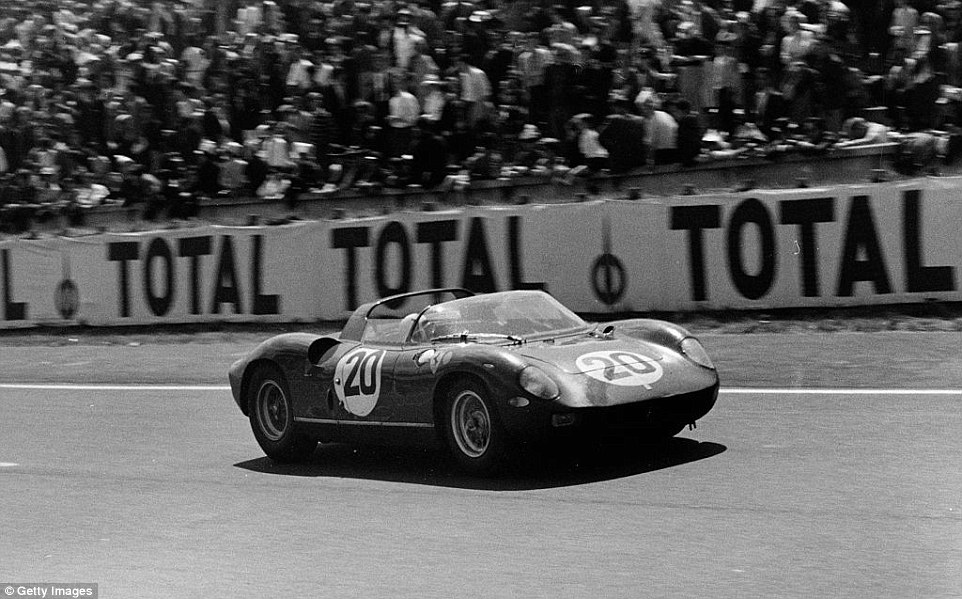 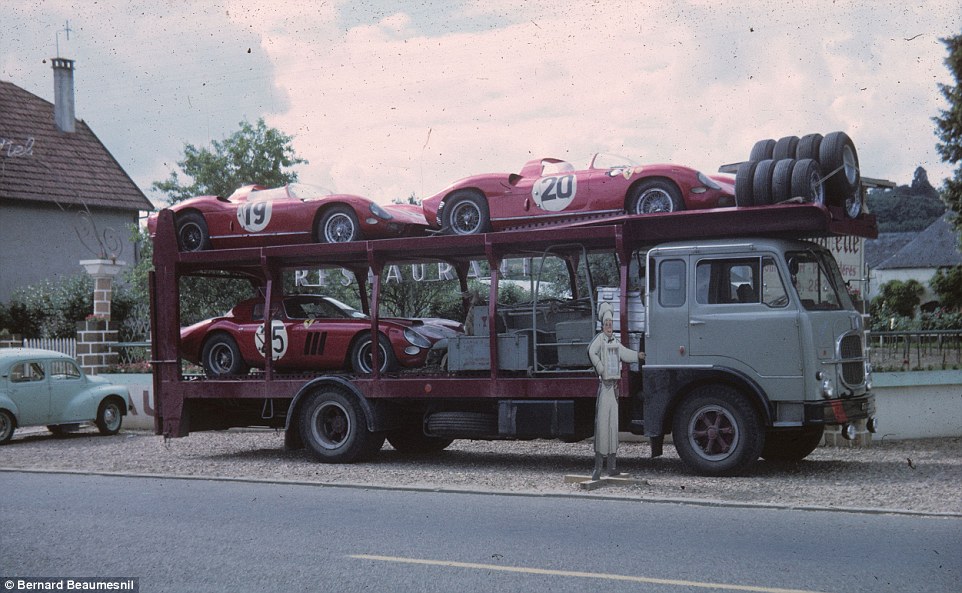 Car number 20 is the last ‘official’ Ferrari to taste victory at the most famous of all endurance races, though a privately entered Ferrari did win the event a year later 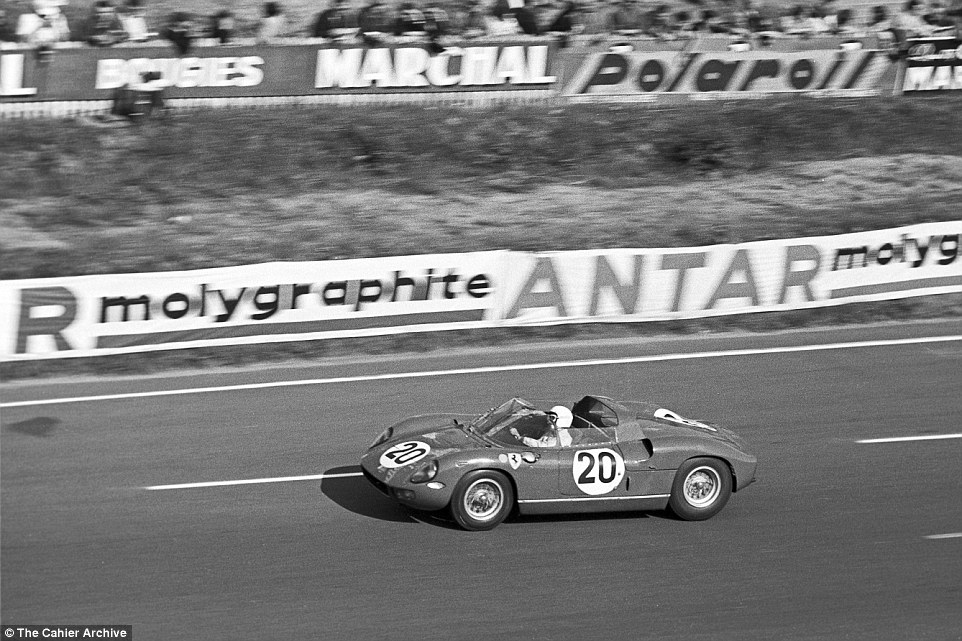 After Guichet and Vaccarella’s appearance on the top step of the podium in ’64, the 275 P was sold to the US where it competed for the next five years with three outings at the Road America 500 and a 23rd place finish at the Sebring 12 Hour event in 1965.

After its competitive retirement, it became part of French car collector Pierre Bardinon’s fleet of 50 Ferraris, which included the 1957 335S that’s currently the second most expensive motor in the record books. 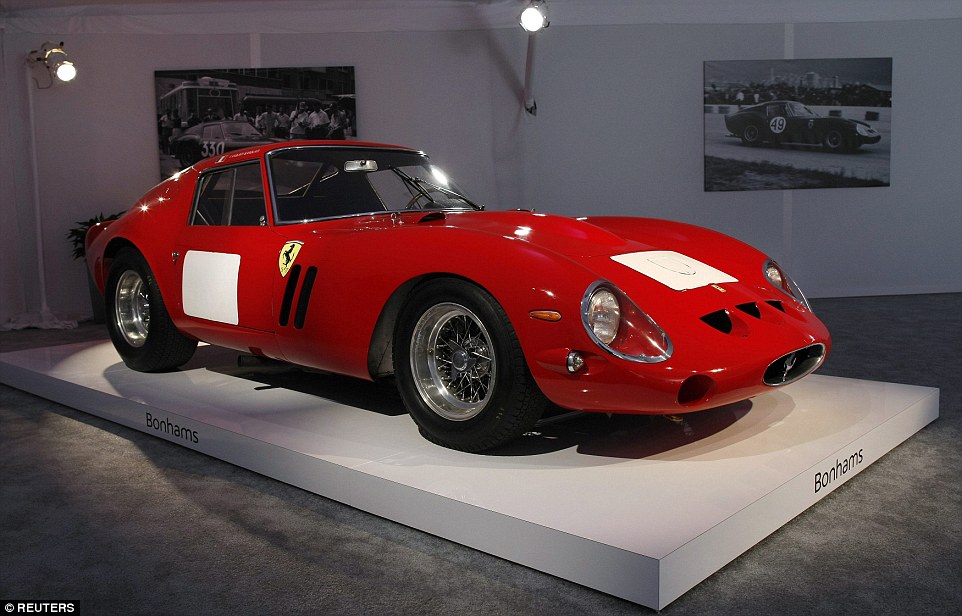 The most expensive car of all time is this Ferrari 250 GTO that was sold by Bonhams in 2014 for $38.115million – around £29million by today’s exchange rate 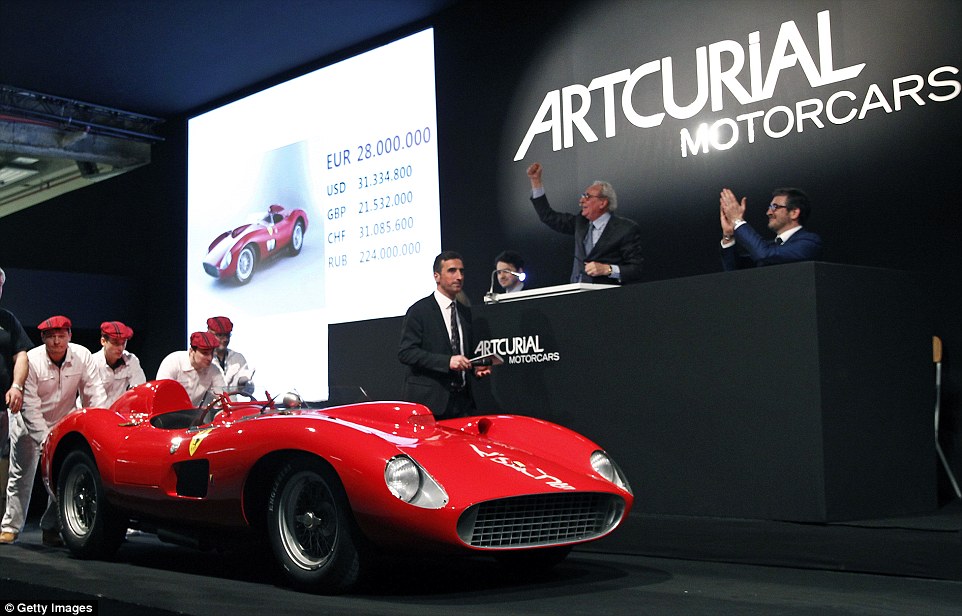 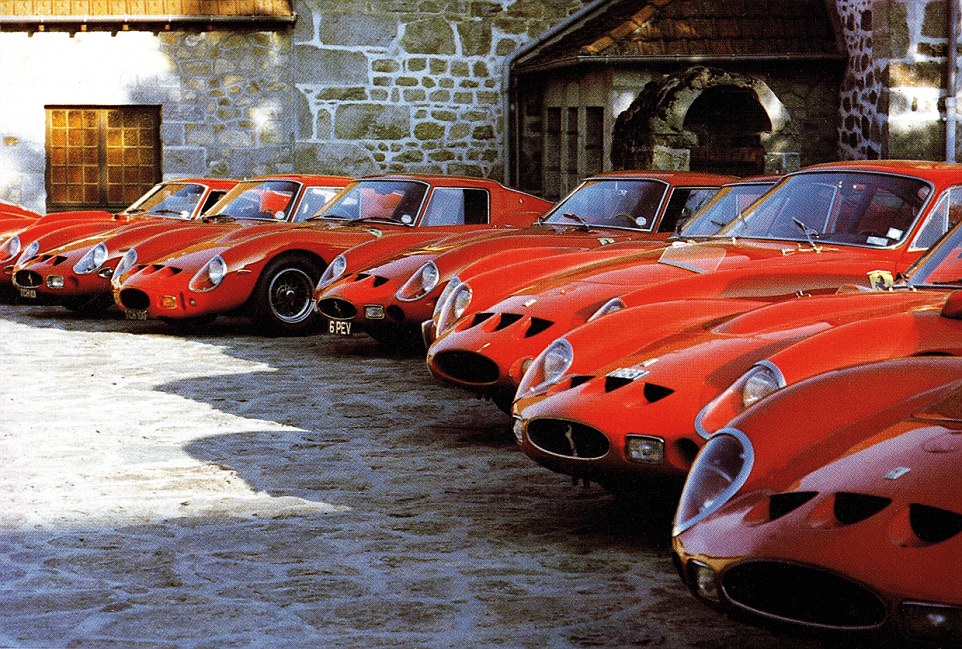 Bardinon, a French mogul, was believed to be the first collector of Ferraris and amassed no less than 50 high-value models (some of which are pictured here at his estate) 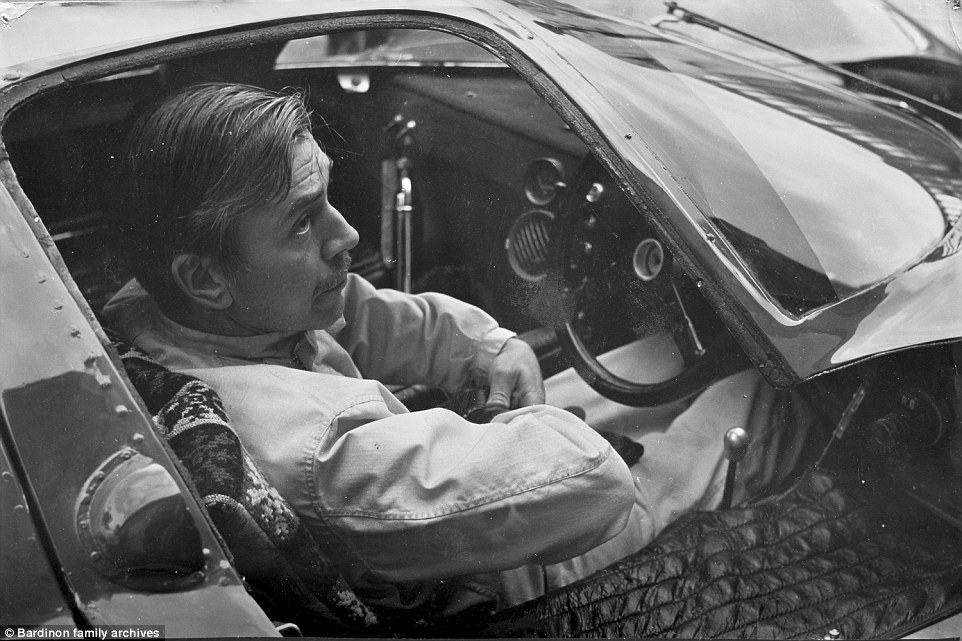 Bardinon is regarded as the first Ferrari collector and used his fortune as heir to the renowned French Chapal family and its leather and fur business to amass a bounty of competition cars that he would drive at his very own two-mile long Mas du Clos race track next to his castle.

After his death in 2012, Bardinon’s enormous car collection has been gradually been sold off, with the 275 P being the latest gem to be released from the Ferrari fleet.

The second most expensive car of all time – a 1957 Ferrari 335S also sold by Artcurial two year’s ago for €32.1million, around $35.7million or £28.3million – was also part of the Bardinon estate and it is thought that both it and the record-holding 250 GTO have both been purchased by the same individual. 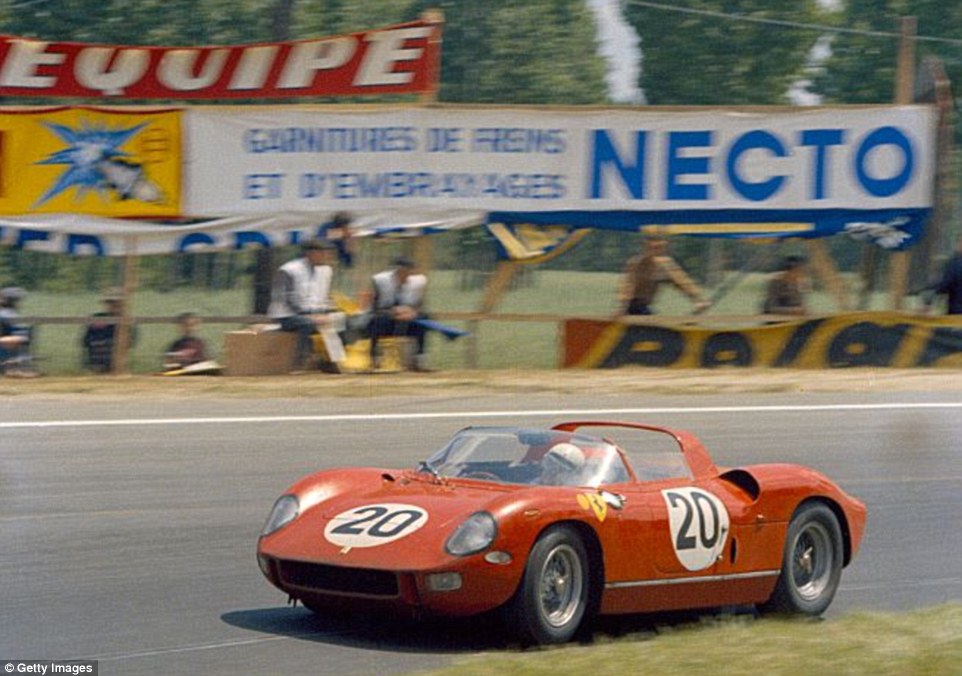 Artcurial hasn’t taken delivery of the car to take detailed pictures of it as yet, but here is a shot of the car running through the Indianapolis corner at the 8.5-mile long French circuit 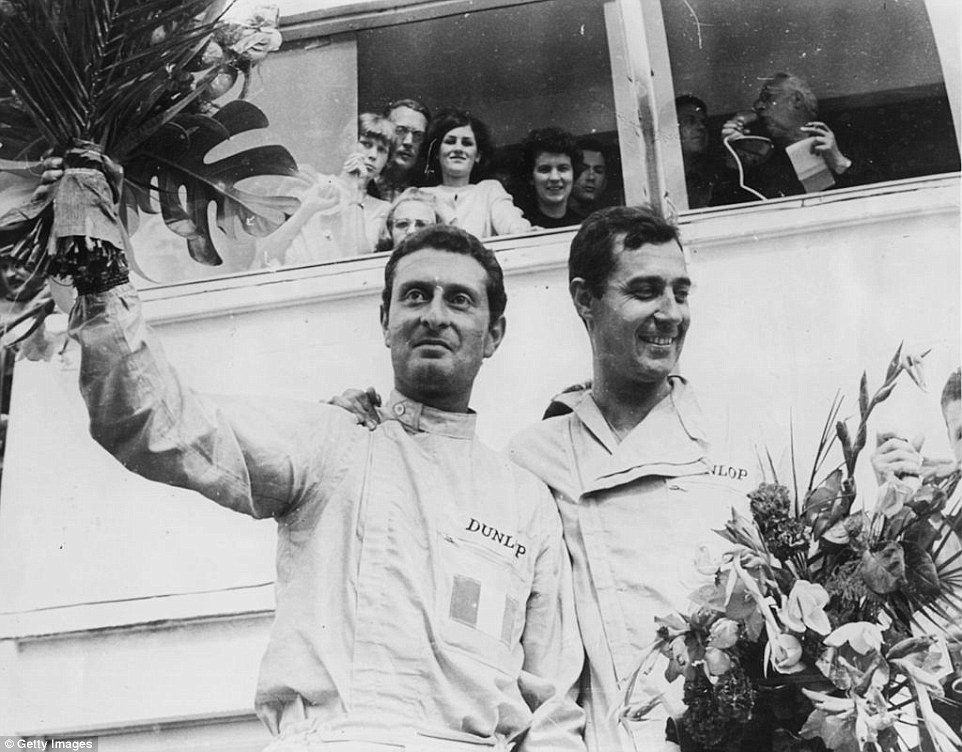 Speaking about the potential record-setting car, Matthieu Lamoure, managing director of Artcurial Motorcars, said: ‘This Ferrari 275P represents the ultimate and the truly exceptional. It has reached the summit in sports car racing worldwide.

‘To look at this automotive masterpiece, is to see the best and most prestigious racing provenance. It radiates the DNA of success.

‘Artcurial Motorcars is proud and delighted to present for sale the last works Ferrari to have won the most mythical endurance race in the world.’