Last of US tourists to leave North Korea land in China

An American tourist who was among the last to leave North Korea before a US travel ban kicked in said he would happily return to Pyongyang for another holiday.

It came just a day before a US State Department ban on travel to the isolated North Korea goes into affect on Friday.

‘I was surprised at how friendly everyone was,’ Burkhead said after stepping off the last scheduled flight to Beijing from the North Korean capital Pyongyang before the US travel ban kicks in.

Nicholas Burkhead 35-year-old from Tulsa, Oklahoma, was on the last scheduled flight to Beijing on Thursday from the North Korean capital Pyongyang before the US travel ban kicks in Friday 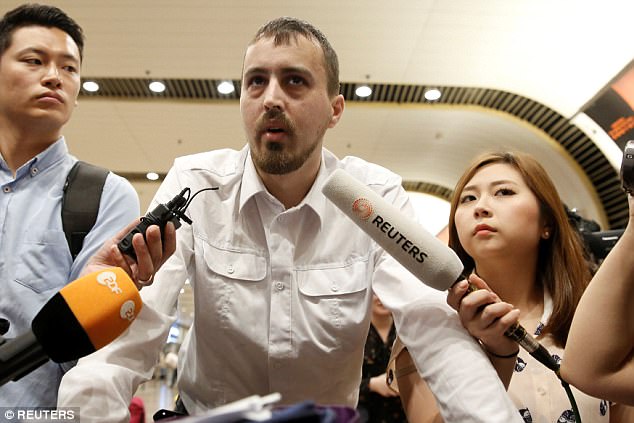 Burkhead, of Tulsa, Oklahoma said that North Korea was ‘relaxing’ and ‘friendly’ and that he ate delicious meals while in the isolated country 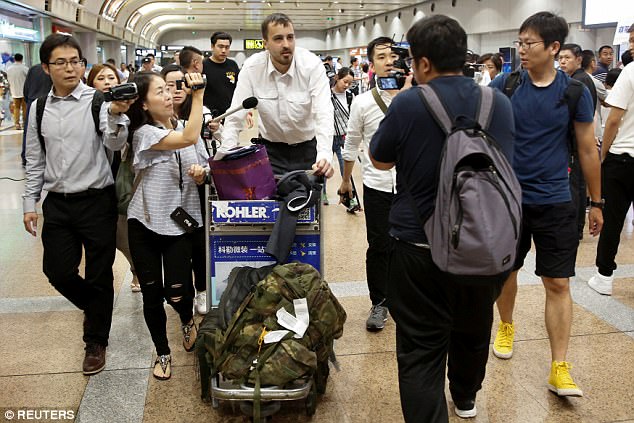 ‘It was very relaxing – beautiful scenery and they fed us very well in the restaurants there, but the exchange rate wasn’t too good for the local won,’ he told a waiting scrum of journalists.

Burkhead arrived in Beijing on North Korea’s state-owned Air Koryo after visiting Pyongyang as well as the city of Kaesong near the heavily armed border with South Korea. His a five day tour cost 1,850 euros ($2,200).

Other Americans on the flight included two aid workers as well as Jamie Banfil, 32, who had led tours to North Korea but was visiting the country as a tourist.

The United States last month announced a ban on US passport holders from traveling to North Korea, effective September 1.

Journalists and humanitarian workers are allowed to apply for exemptions under the ban, which is similar to previous US restrictions on travel to Iraq and Libya. 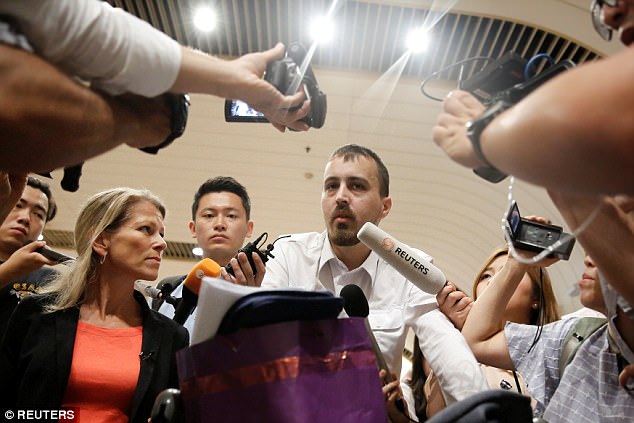 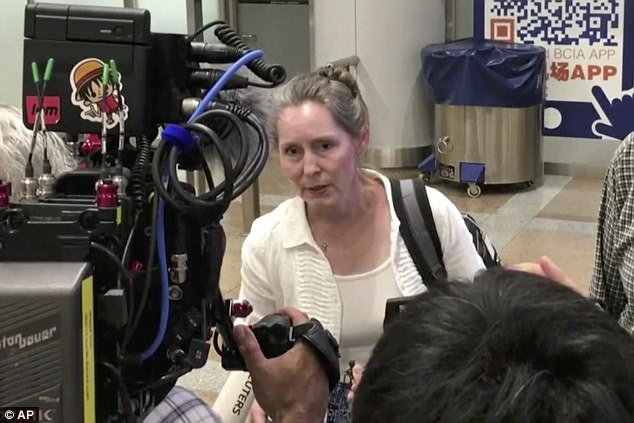 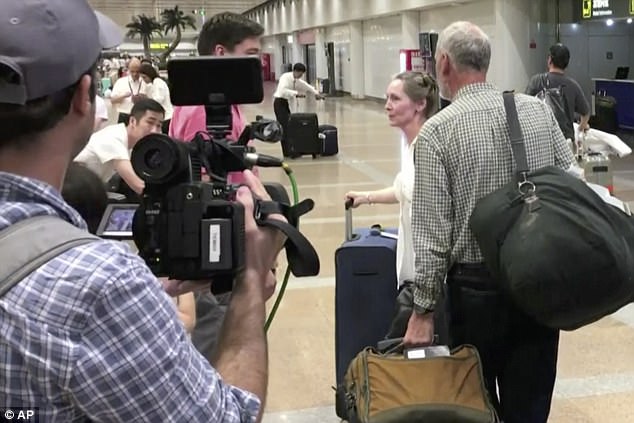 Other Americans on the flight included two aid workers as well as Jamie Banfil, 32, who had led tours to North Korea but was visiting the country as a tourist. Pictured above is Linton, center, next to an unidentified man as she speaks to the media

It was not immediately clear how many Americans had sought or been granted exemptions or how many were still in North Korea.

An official at the state department said it was not able to give an estimate on the number of U.S. citizens in another country.

North Korea is under growing international pressure over its nuclear tests and repeated ballistic missile launches, including one this week that flew over northern Japan.

Washington’s ban on travel to North Korea followed the death of University of Virginia student Otto Warmbier, who was jailed during a tour last year.

Warmbier, who was sentenced to 15 years hard labour for trying to steal a propaganda sign, was returned to the United States in a coma in June and died six days later.

The circumstances surrounding his death are not clear, including why he fell into a coma. 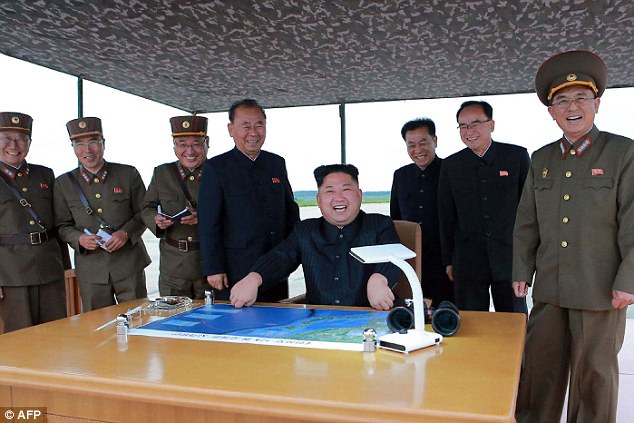 North Korea, its leader Kim Jong-un pictured center above, is under growing international pressure over its nuclear tests and repeated ballistic missile launches, including one this week that flew over northern Japan 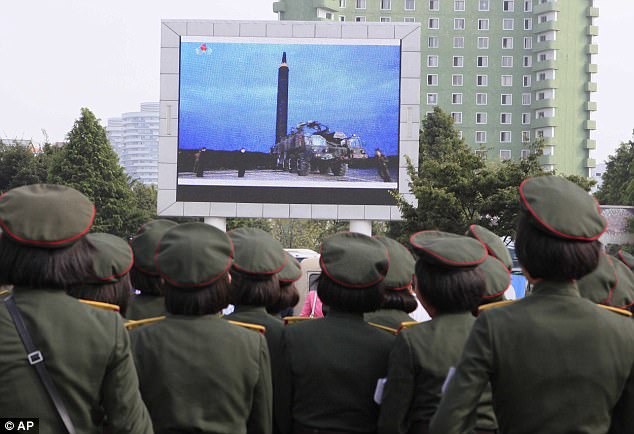 Warmbier had been detained leaving the airport in Pyongyang.

‘I was expecting a strict security check on exit but there was nothing like that,’ Burkhead said.

The State Department’s notice declared US passports invalid for travel to, in or through North Korea. The restriction applies for one year unless extended or revoked by the secretary of state.

North Korean state media has described the ban as a ‘sordid’ attempt to limit human exchanges.

North Korea is currently holding two Korean-American academics and a missionary, as well as three South Korean nationals who were doing missionary work.

Earlier this month, North Korea released a Canadian pastor who had been imprisoned there for more than two years.

Hundreds of Americans are among the roughly 4,000 to 5,000 Western tourists who visit North Korea annually, according to U.S. lawmaker Joe Wilson.