Operation Market Garden, a World War II advancement designed to allow ground troops access to key bridges and roads through Nazi-occupied Netherlands and in to Germany, was the brainchild of British Field Marshal Bernard Montgomery.

In an effort to bring the war to an early end key bridges in The Netherlands were seized by the 101st and 82nd US Airborne Divisions, and the 1st British Airborne Division in mid-September 1944.

Soldiers gathering in Belgium were forced to wait on the airborne divisions’ advancement through The Netherlands before they could continue through to the Ruhr, Germany’s industrial heartland, to collapse Adolf Hitler’s military machine.

Arnhem bridge (pictured) was ‘a bridge too far’ during Operation Market Garden. Troops were overrun by German tanks in 1944

And as each airborne division landed, using parachutes and gliders, the five bridges were slowly liberated, allowing British 30 corps to advance across the Rhine. Market was the airborne operation and Garden was the 30 Corps’ advance.

By liberating the bridges The Netherlands would be freed from the German army and an armoured drive into the Ruhr to cripple the country’s armament factories could begin. 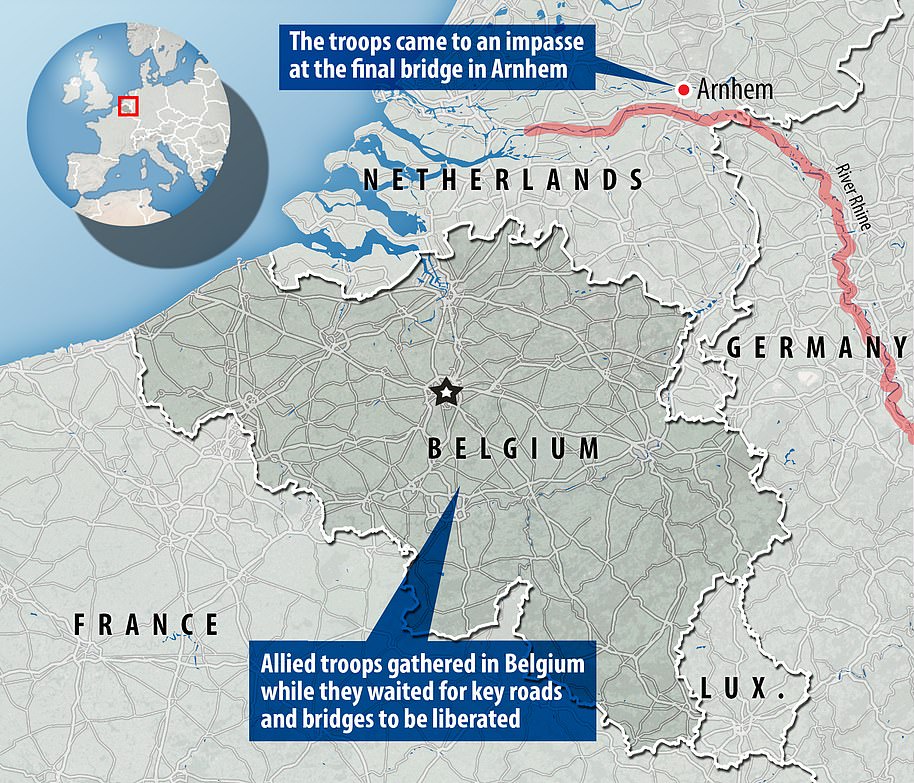 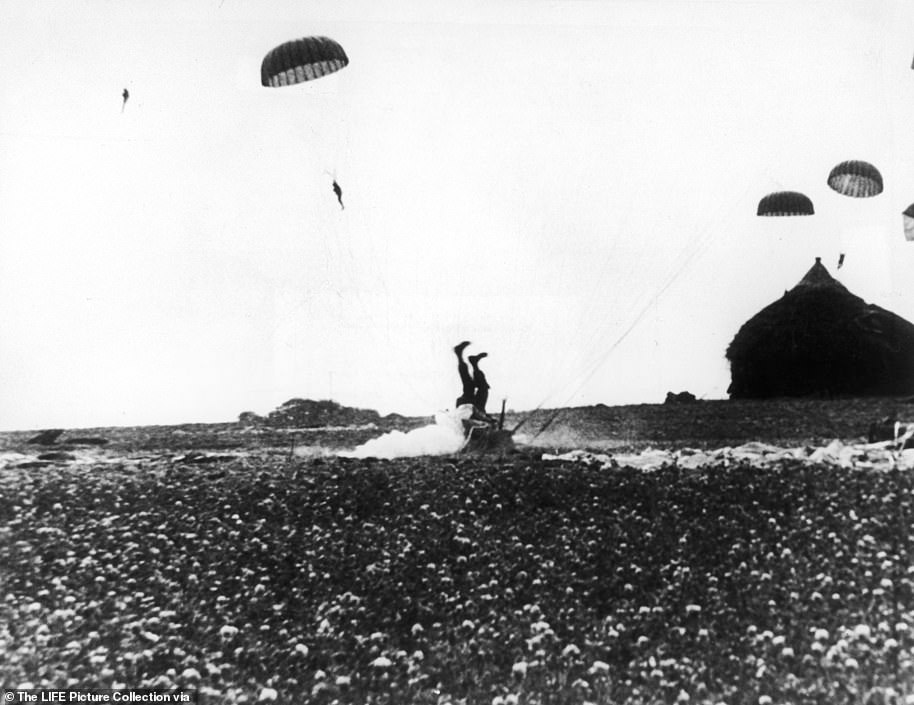 But Allied intelligence failed to detect the presence of German tanks, including elements of two SS Panzer divisions, and 30 Corps was overwhelmed before they could reach the final bridge at Arnhem.

Lieutenant General Frederick Browning, a top field commander of the Allied Airborne forces, originally described the plan as possibly ‘a bridge too far’ – which turned out to be true. 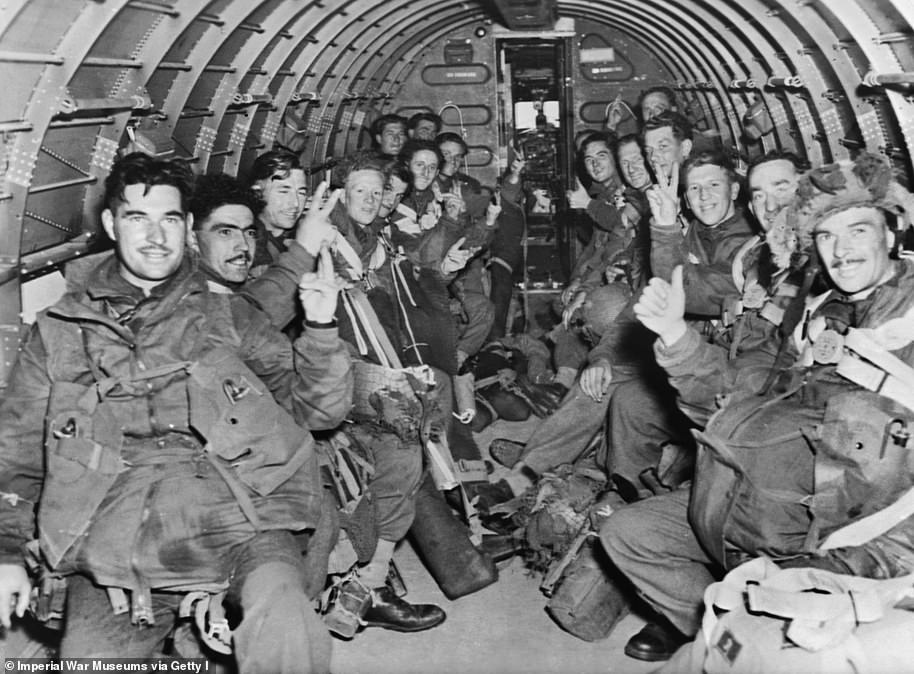 And only one battalion actually reached the bridge, as the rest were squeezed in to a pocket by German forces at Oosetbeeck to the West.

But why did it go wrong?

A shortage of transport aircraft, the wooded landscape and weather conditions all played a part in the plan’s downfall.

Airborne troops had to be flown into The Netherlands in three lifts rather than all at once and later thick flog in England and low clouds over the battlezone meant reinforcements and supplies could not be quickly flown in.

And trees surrounding the troops meant wireless radios stopped working. Despite phones still being available, Allied forces rarely used them in case communication was intercepted – so there was a communication breakdown. 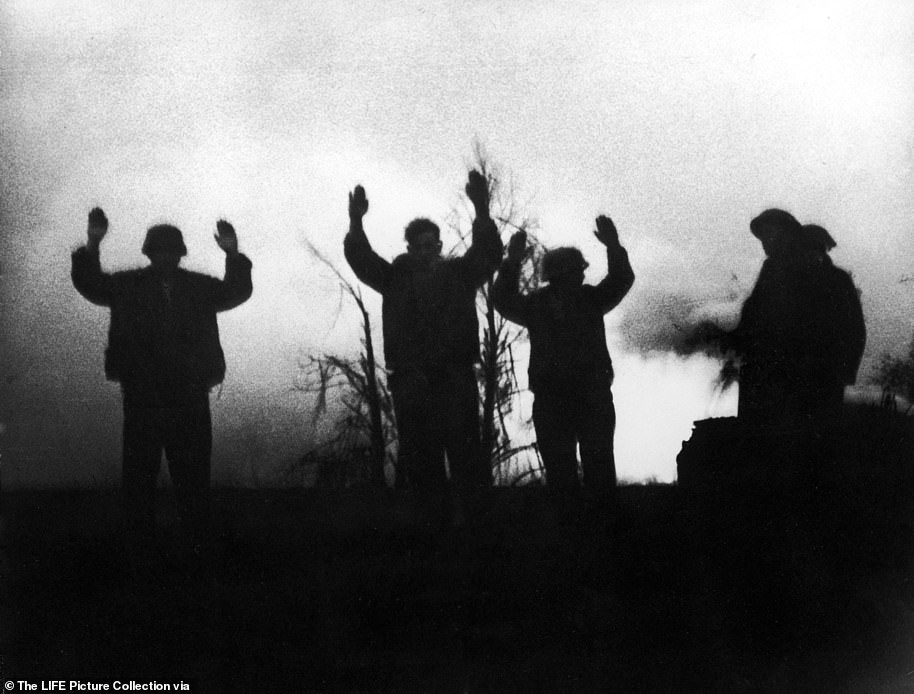 Three German soldiers surrender to British forces near the Wessem Canal during the invasion of the Netherlands on September 17, 1944

How many died and how were the surviving soldiers evacuated?

A week after landing, on September 24 and 25, some 2,100 troops from 1st Airborne Division were ferried back across the Rhine. Another 7,500 were either dead or made prisoners of war.

Despite its ultimate failure Operation Market Garden is remembered for the courage shown by the troops, and the liberation of large parts of The Netherlands. 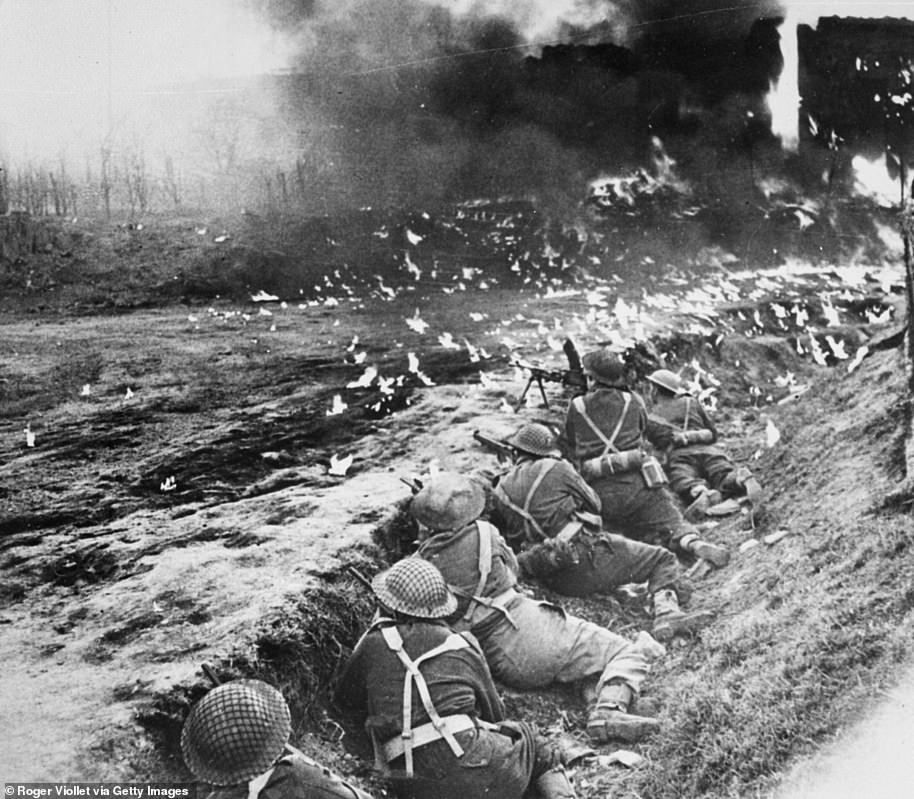 Canadians of the British second army during the battle of Arnhem. A week after landing, on September 24 and 25, some 2,100 troops from 1st Airborne Division were ferried back across the Rhine. Another 7,500 were either dead or made prisoners of war