On the surface, Rugby Australia’s drive to bring the men and women’s World Cups to our shores looked perfectly executed. As it turns out, though, there were some close calls behind the scenes that could have scuttled the bid.

Australia was named as the host of the 2027 men’s World Cup and the 2029 hosts for the women’s event by World Rugby on Thursday night.

But there were two key moments when it all could have unravelled for Australian rugby fans.

The first – and most obvious – setback was finances. Covid could not have come at a worse time for RA following a tumultuous period for the game under the stewardship of former CEO Raelene Castle.

The game bled millions of dollars, a new broadcast deal could not be locked down and the five-nation Super Rugby competition unravelled. 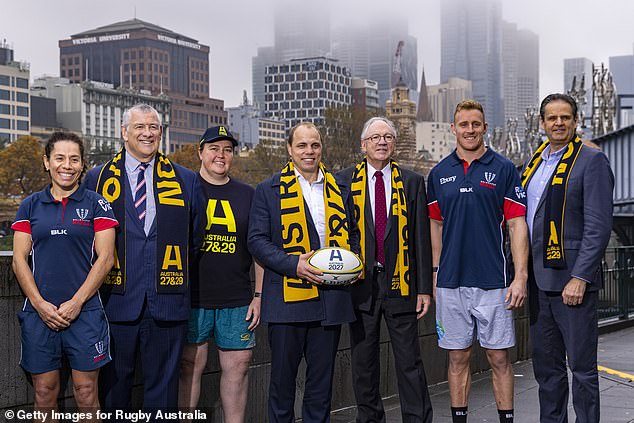 While every nation hurt during the Covid pandemic and the pause button being pressed on domestic and international fixtures, it really bit for Australia and RA had to get a bailout from the sport’s international governing body just to survive.

So while no other nation was really in the hunt for the 2027 World Cup – the United States briefly put their hand up but were well behind in terms of a bid – Australia still had plenty of work to do.

Obviously, Australia was not going to be able to fool anyone that they had money in the bank or that the domestic competition was in good shape. The scars of recent years were plain for all to see.

So the first hurdle the board needed to hurdle was to prove that the World Cups – the men’s edition in particular – would be profitable. 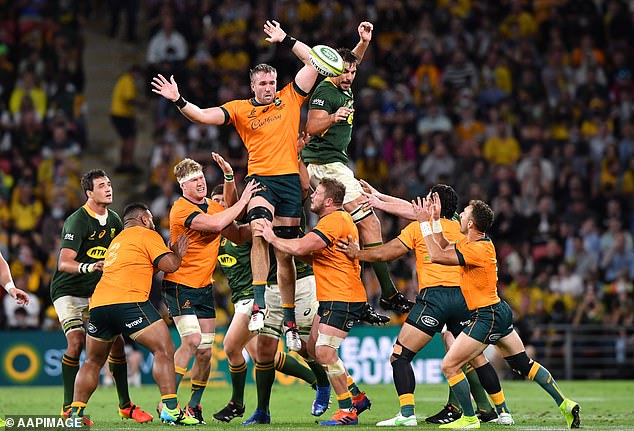 The Springboks were denied the 2023 World Cup in favour of France, prompting changes to how winning nations are selected by World Rugby

This is where Australia copped a significant curveball. After the fiasco that saw South Africa miss out on the 2023 World Cup with France voted the victor instead, the controversial voting system was scrapped. Instead, World Rugby would announce a preferred candidate.

But when the Aussie bid team flew to London for a face-to-face meeting, they had to quickly think on their feet because that was not the only change. The cash-strapped Aussies would also have to foot the bill for every aspect of the World Cup that happened on Australian soil – including ticketing, hospitality and domestic travel. 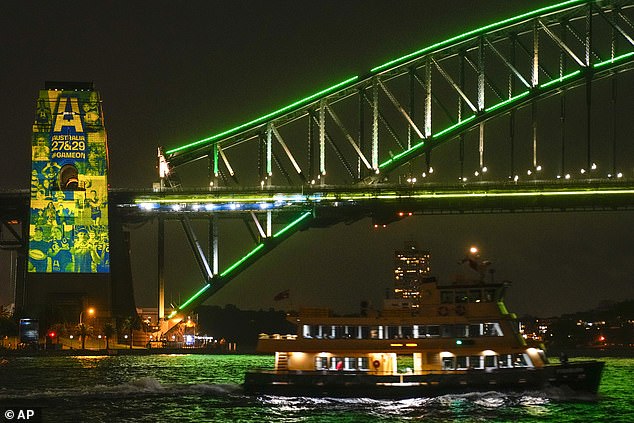 Rugby Australia boss Andy Marinos admitted to The Advertiser the late change could have spelled doom for the Australian bid.

‘We realised going into that November meeting we had to hit pretty big numbers in terms of revenue because this is what funds the world game for the next four years.

‘And we knew there was some rumblings among the members, is Australia going to be able to deliver this?

‘So it really caused us to sort of scramble pretty quickly.

History shows that the RA team survived that hurdle and negotiated a deal with World Rugby – which will arrange sponsorships and broadcast deals – that would be profitable for both entities.

However, the bid team also hit another hurdle moments before that meeting in November, 2021.

Rewind back to the Covid pandemic and the financial position of Rugby Australia. A requirement for securing the World Cup was that both state and federal governments would invest in the showpiece event. 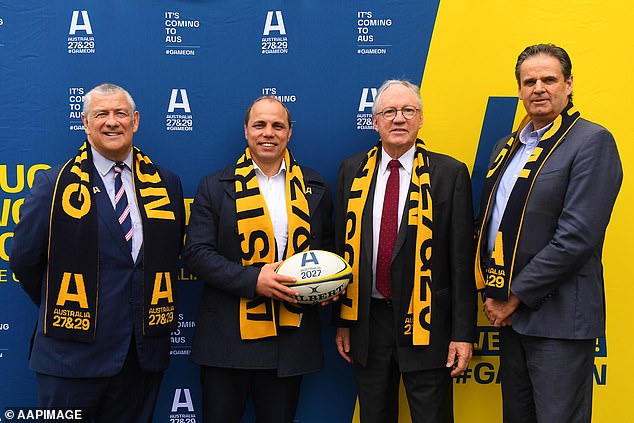 The RA team started this process in 2019, taking delegates to Japan to show them how massive the World Cup was. Everything seemed in order.

Until a simple message came through: ‘There is more work to do before we can commit fully as a government.’

Bidding team executive director and former Wallaby Phil Kearns didn’t reveal the specifics of how the board navigated that challenge, but he did admit it took some fast action and flexibility to get that government support in time for the November meeting.

‘We were always sort of confident that we could turn that situation around with a bit of quick thinking and a bit of flexibility,’ Kearns said.

‘That’s where the experience of the bid came in. By thinking a little differently we were able to make both things work.’