Latino immigrants in Iowa say they have been the targets of death threats since Cristhian Bahena Rivera was arrested and charged with the death of Mollie Tibbets.

Some have had second thoughts about just stepping outside their living quarters.

Ever since Cristhian’s identity was made made public when he led law enforcement officers to the site where the Mexican immigrant farmer, 24, dumped the 20-year-old college student’s, one woman’s phone hasn’t stopped ringing with strangers threatening her livelihood as well as any one from Mexico. 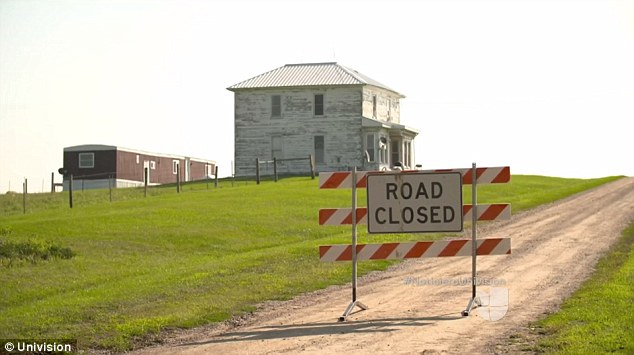 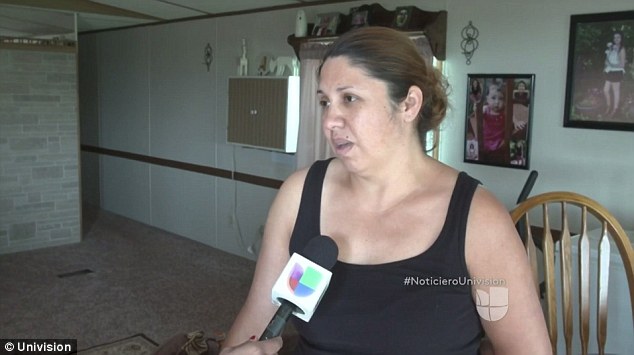 The aunt of Iris Monarrez, the mother to Cristhian Bahena-Rivera’s daughter, says she has received death threats from strangers calling her phone

The aunt of Cristhian’s ex-girlfriend, Iris Monarrez, has broken down at times, mentally overwhelmed from the non-stop calls.

‘I cry. Right now I am receiving threats after threats over the phone,’ she told Telemundo.

Veronica Morales, another immigrant has had doubts going about her daily routine.

‘I am scared of going to the streets or that we’re singled out by someone,’ she said.

German Zavala,  an immigrant worker, has wondered aloud among his friends and co-workers how people will judge them going forward.

While they immigrant community lives now in angst, Cristhian’s parents of the Mexican immigrant have been trying to stay out inside their modest home after their son accepted the blame for the murder of the popular girl.

The family has remained incommunicado ever since, according to neighbors in El Guayabillo, a small town in the pacific state of Guerrero.

Cristhian’s godfather told Univision that the parents weren’t planning to make any public comments or talk to the media. 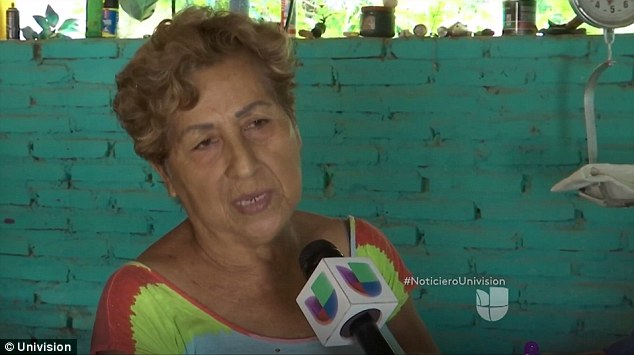 Tomasa Zuniga is a neighbor of Cristhian Bahena-Rivera’s parents in El Guayabillo, a countryside town of 500 people located in the pacific state of Guerrero 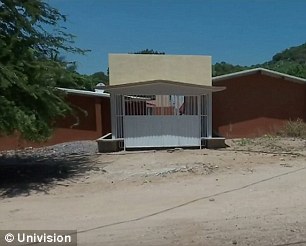 Cristhian Bahena-Rivera studied at this small school in El Guayabillo, Guerrero, Mexico, before arriving in the United States about five years ago

Neighbors in the countryside town with an estimated population of 500 people described the suspected killer’s parents as ”hard workers, humble’ people living a simple life.

‘They’re up early on their donkeys. They’re off to work on corn crops. They go back to their home,’ Tomasa Zuniga told Univision.

A shocked Eleazar Ramos, who happens to live nearby, had nothing but kind words to say about the Mexican man who left El Guayabillo behind about five years ago before he turned his own world upside down after the shocking admission.

As the aunt of Cristhian’s ex-girlfriend continues to put aside the senseless threats aimed at her and other immigrants in the area, she, like those that also knew him, continues to ask herself why he killed the college student.

‘He was very attentive with his daughter. He has always been involved with her,’ the unidentified woman said. Always helping out Iris, the girl’s mother.’