Laura Whitmore stepped out looking effortlessly chic as she headed to work at her BBC 5 Live radio show on Sunday – after a whistlestop trip to New York.

The star, 36, looked amazing as she wrapped up warm in the autumnal chill.

Laura oozed style in a grey checked blazer that she wore over a black floral print dress.

Wrapped up: Laura Whitmore stepped out looking effortlessly chic as she headed to work at her BBC 5 Live radio show on Sunday – after a whistlestop trip to New York

She finished the look by wearing a pair of thick black tights that showcased her long slender legs and opted for black flat shoes.

The Love Island presenter rocked a pair of oversized black sunglasses and made a statement with a bold red lipstick that accentuated her full pout. 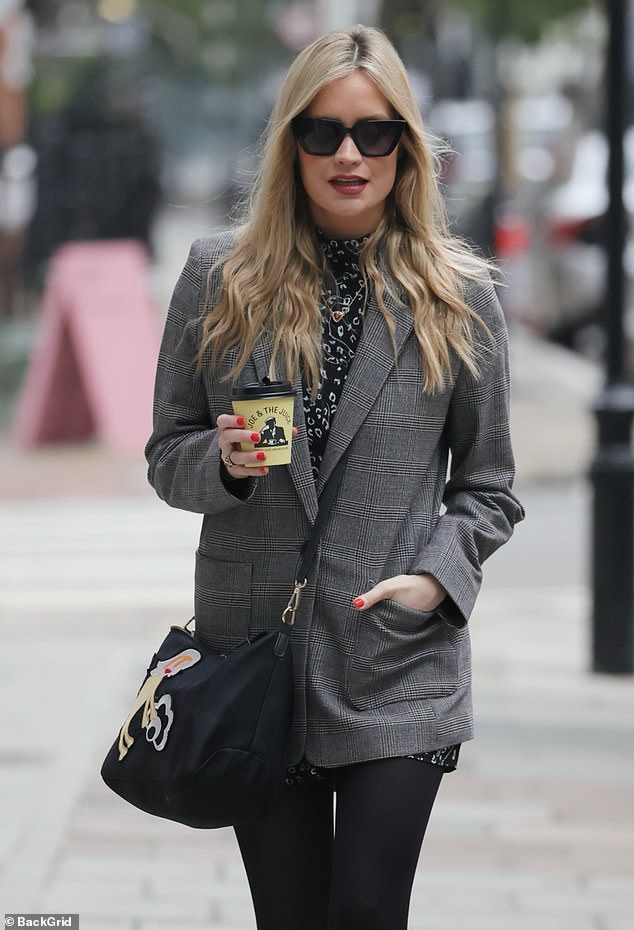 Cool: The star, 36, looked amazing as she wrapped up warm in the autumnal chill

Laura was all smiles as she returned to work after her brief trip to America as travel restrictions for vacationing in the states were lifted on Monday.

Laura recently revealed that she spend a year living in America when she was 21.

In 2018, she  spoke of her experience of her time in the states as a student, as she revealed: ‘When I was 21, I studied in the US for five months…

‘In my final year of journalism at Dublin City University, we had the option to go abroad and everyone went to different places, but for me, it was always going to be Boston…’ 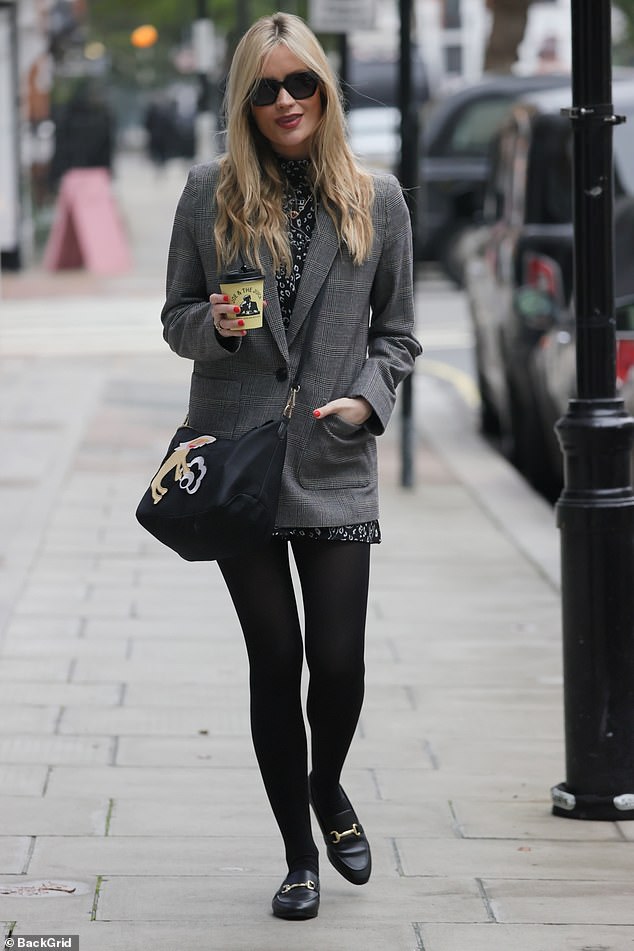 Yankophile: The Love Island host calls herself a ‘yankophile’ after leaving in the US  for a year as a student

‘I loved the idea of this student city — home to dozens of universities, including Harvard — known for its big Irish contingent. It was a great opportunity.’

Posting on social media ahead of her brief trip she wrote ‘US is open! It’s been a while.’

She continued ‘Wearing my friend Nicola Roberts’ beautiful new merch for the flight, adored with her gorgeous lyrics celebrating 10 years of Cinderella’s eyes.

‘Love this album! New York here I come. So excited to be back’ x

The radio presenter was one of the first Brits to take advantage of the relaxed COVID restriction rules  allowing people to travel to the USA.

America has reopened its borders to fully vaccinated UK travellers, as thousands jet off to reunite with family and friends for the first time in two years. 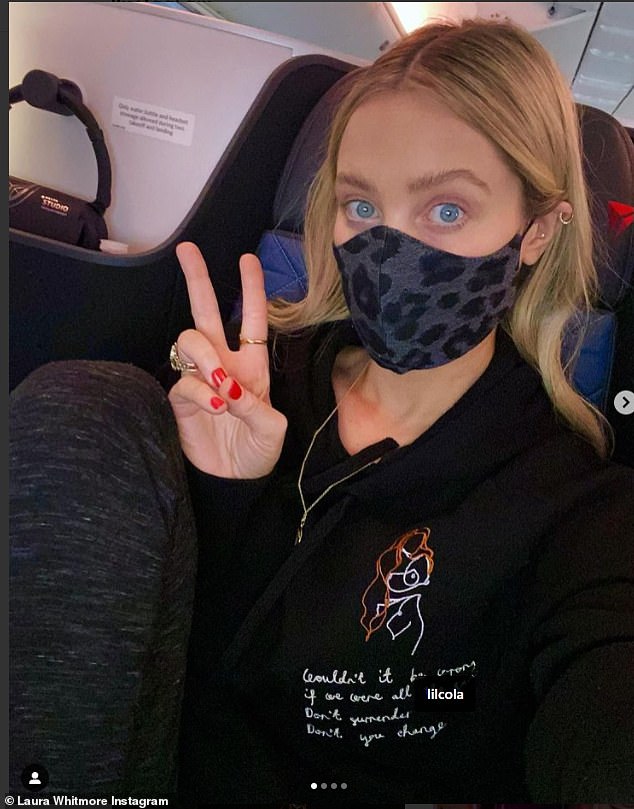 Ready to fly: Laura went make up free when she boarded the eagerly anticipated flight to New York

This was  to celebrate the end of the travel ban imposed by Donald Trump in March last year as Covid spread across the planet.

New York pulled out all the stops to welcome the first returning passengers by  lighting up The Empire State Building in red, white and blue.

Passengers were given a warm welcome by New York Governor Kathy Hochul upon their arrival in the Big Apple. 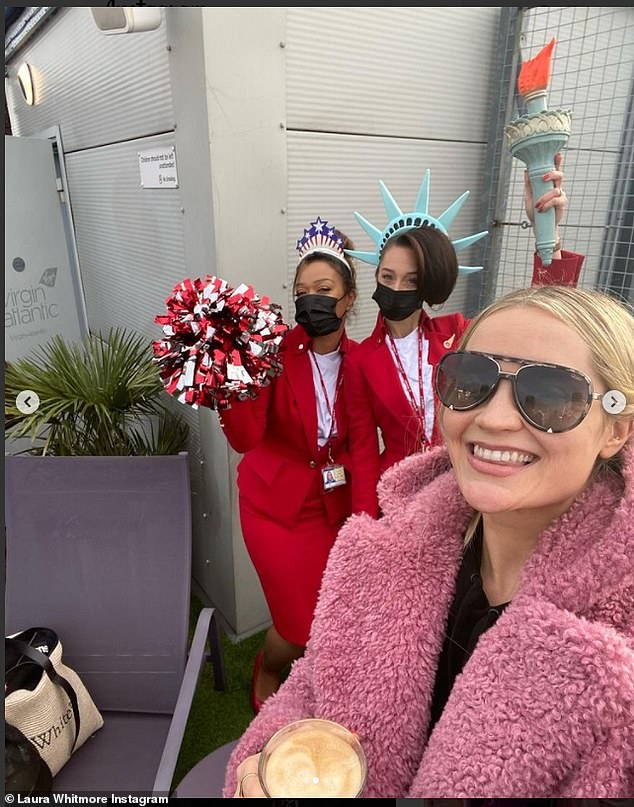 US bound: The star was greeted by staff ahead of the scheduled flight to the Big Apple