All signs pointed to Majorca on Monday as Laura Whitmore prepared for the imminent return of Love Island.

The presenter, 37, will resume her role as host of the hugely popular show for the third time when its eighth series launches on the Spanish island in June.

And she already had one foot in the newly refurbished villa while posing for a final promotional shoot, during which the latest crop of gym-honed Islanders were revealed. 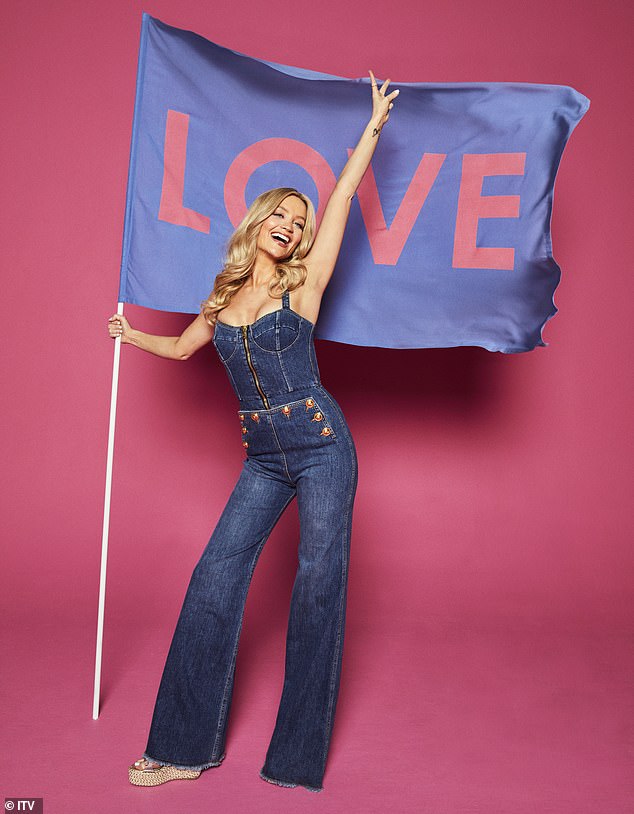 Let’s go: All signs pointed to Majorca on Monday as Laura Whitmore prepared for the imminent return of Love Island

The presenter flew the flag for Love Island – quite literally – while dressed in a cleavage boosting denim jumpsuit with a retro kick-flare detail.

Laura’s nod to the 1970s was completed with a pair of cork wedge-heels, while her tousled blonde hair was neatly styled with a conventional centre-parting.

This year’s contestants include Paige Thorne, 24, from Swansea, Senior Microbiologist Dami Hope, 26, from Dublin, and Indiyah Polack, 23, a hotel waitress and model from London.

Tasha Ghouri, 23, from Thirsk is a model and dancer and the show’s first ever deaf contestant.

The blonde beauty, who was born deaf, went viral last year when she showed her cochlear implant in a earring commercial for fast fashion brand ASOS. She said at the time: ‘No matter what disability you’ve got, you can do it’. 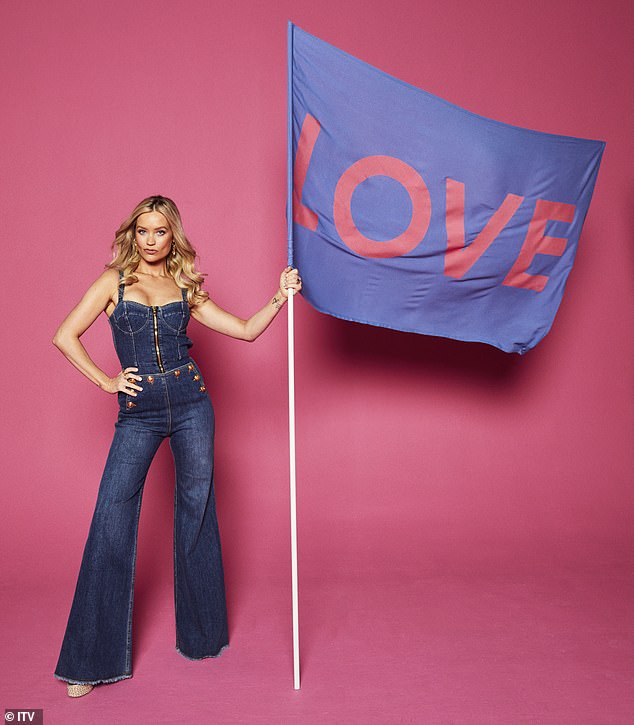 Coming soon: The presenter, 37, will resume her role as host of the hugely popular show for the third time when its eighth series launches on the Spanish island in June 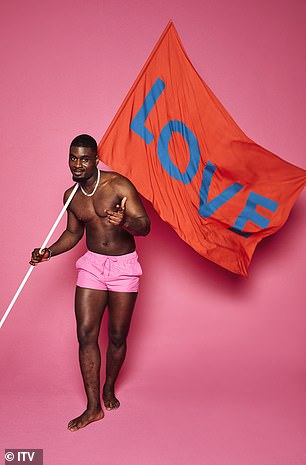 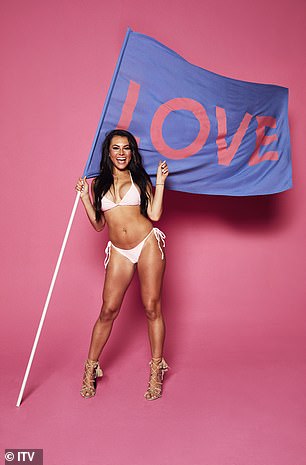 Our type on paper: Microbiologist Dami Hope, (left) is ready to play the field in the Spanish sun while Paige Thorne, from Swansea (right) wants the hunks to ‘come to me now’ 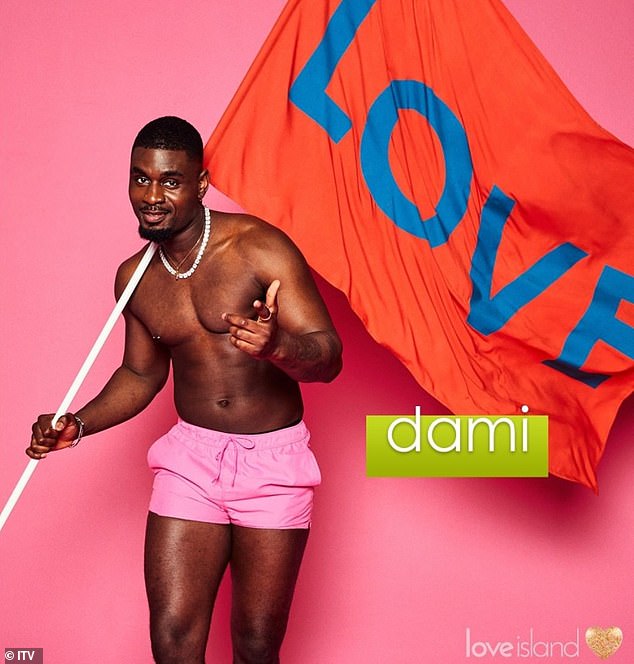 Looking for love: Dami Hope was unveiled as a new Love Island contestant on Monday morning

New images last week showed that a fire pit has been constructed inside the new six-bedroom mansion where contestants will gather for eliminations and recouplings.

This year’s islanders will have plenty of space in the villa’s outdoor area which also features a 20m swimming pool with a stunning view of the Mallorcan countryside. 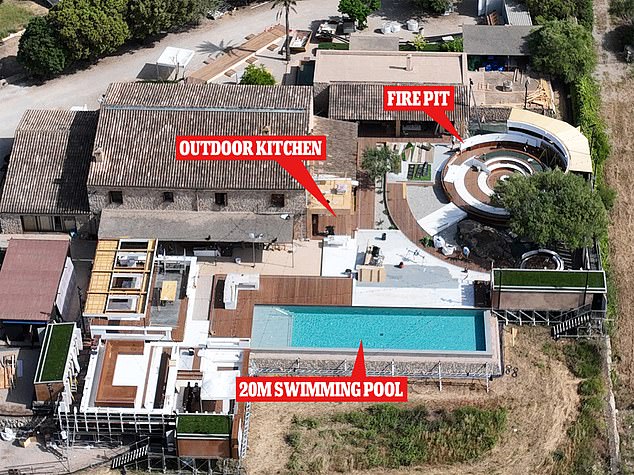 New and improved: The brand new Love Island villa finally looks near completion with just one week left to ho until the launch of the new series 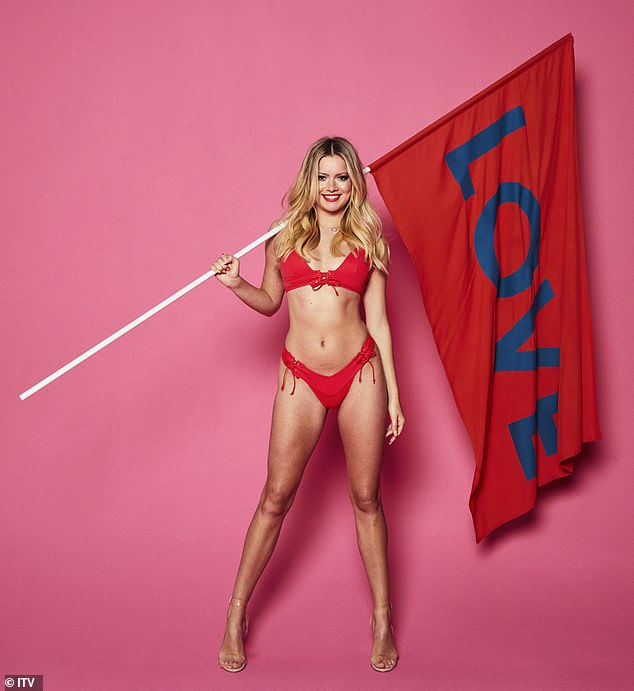 Making her mark: Tasha Ghouri, 23, from Thirsk is a model and dancer and the show’s first ever deaf contestant

Workmen were seen roaming around the outdoor area as they put the finishing touches to the property, which has a more rustic feel than the previous villa.

It was revealed earlier this year that bosses for the popular ITV2 dating series had started hunting for a new space in a bid to ‘enhance the show’, after filming at the same property for five years.

The new property sits at the foot of a hill in a rural area of the island. Season one and two of Love Island was filmed at a property in southern Majorca’s Santanyi region before being moved to Sant Llorenç des Cardassar in the north-east of the island. 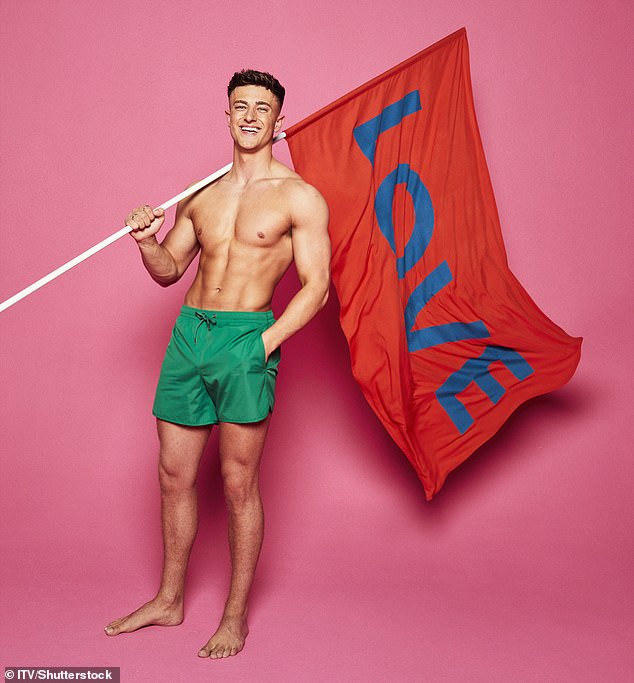 Romantic: The fourth Islander to be revealed is Liam Llewellyn, 22, from Newport, South Wales – a Masters Student in Strength and Conditioning

Who is their type on paper? ‘In Swansea there is just no-one I can find.

I haven’t got to swipe. So, hopefully they can just come to me now!

‘I came out of a relationship and I was just so done with guys. Then I was like, ‘Ok, I’m bored now’

Who is their type on paper? ‘I feel like for my generation of people, it’s quite hard to date without being influenced by social media and stuff like that.

Love Island particularly is like a closed space and I think it is a great place to get to know someone one-on-one.

I don’t think I have ever been out with two guys who are quite the same.’

Who is their type on paper? ‘My dating life has been a shambles.

This is an opportunity for me to find ‘the one’ and have a great summer at the same time.

I’m definitely ready for a relationship. I’m 23 now so I’m ready to get to know someone, go on holidays and travel with them.’

Who is their type on paper? ‘I will be talking to different girls, it might not go well with some.

When I’m actually in a relationship, I think it’s a star sign thing.

I’m an Aries but I’m very passionate – I always used to put that person first. I’m really good at being in a team’.

Who is their type on paper? ‘I think 22 is a really nice age to meet someone.

‘You have time to grow together.

‘It’s a great opportunity to meet someone.

You’re in with a load of different types, so you can get to grips with what you really like about people.’

Who is their type on paper? ‘A lot of English girls actually love me.

I want to find my soulmate, find my person so I can actually build something in the future, grow with them, be a family. ‘