Now, some four months later, the country music singer revealed that she has been dating Christian comedian John Crist during an appearance on The Bobby Bones Show.

‘This is my boyfriend,’ the American Idol alum told the host with an embarrassed smile on her face when Crist sat down to join the interview.

Dishing: Lauren Alaina made a big reveal about her love life during an appearance on The Bobby Jones Show on Wednesday

The new couple then went into detail and joked about the story behind how they met.

It all started when Alaina, 24, ‘responded to one of his Instagram videos,’ where she alluded to him being funny.

‘We call that sliding into the DMs,’ Crist quickly added.

The 35-year-old comedian then went on to explain that he didn’t know who Alaina was, despite a blue checkmark on her account. 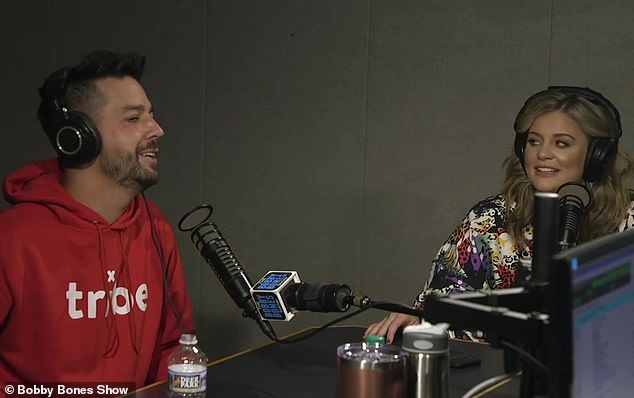 The big reveal: The American Idol alum was embarrassed and giddy with excitement when she  announced that she has been dating Christian comedian John Crist 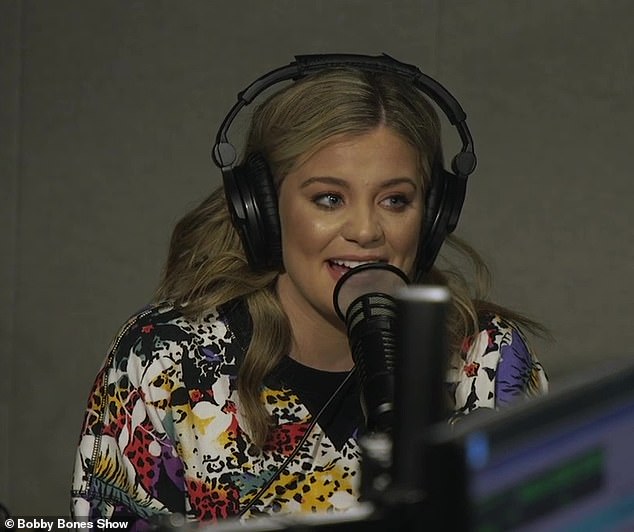 Getting real: The country music singer also laughed about how they initially met online

After looking her up on Wikipedia, he responded, ‘I too grew up performing in church in Georgia,’ a move that he admitted, in hindsight, ‘was the wrong move.’

During the interview, Alaina joked about his reply being slightly creepy: ‘Does this guy know everything about me?’ she admitted.

‘I didn’t want to be like, “Who are you?” so I looked up her Wikipedia page,’ he explained to the host. 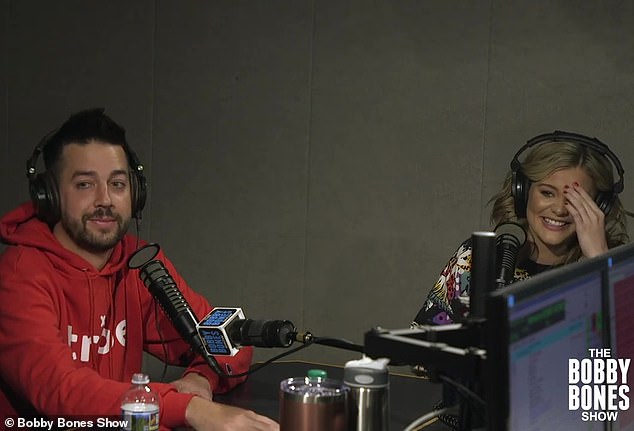 Modern love: Alaina initially ‘responded to one of his Instagram videos,’ where she alluded to Crist being funny; at first he didn’t know who she was, so he looked her up on Wikipedia

Crist also showed his sense of humor when he talked about their 11-year age gap.

‘When she and her mom are arguing about stuff I’m literally in the middle like, actually your mom makes some good points.’

Crist dished about how his new ladylove has a baby names folder in her phone.

After the appearance on the show, Alaina took to her Instagram and explained that every girl has a baby names list, which was disputed by her new beau, who kept injecting himself into her Instagram Story video. 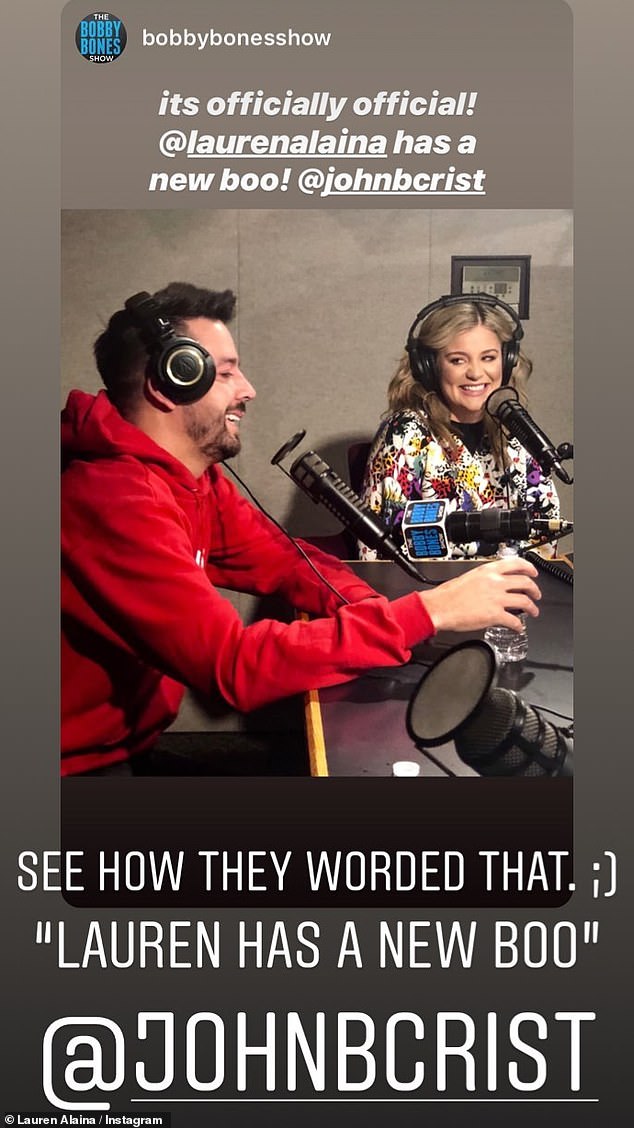 Moving on: The announcement of their new relationship comes about four months after she went public with her split from her fiance, Alex Hopkins

In January the Road Less Traveled songstress announced that she and her high school beau Alex Hopkins had separated, six months after getting engaged.

The former couple, who had been together for six years, released a joint official statement on their social media platforms.

‘While we still have love for each other, we’ve grown into very different people over the last six years.  We are now in a place where we are each looking forward to starting our own fresh, new chapters of our lives,’ they said.

‘We both love and respect each other and hope you all will do the same. This has not been an easy decision, but we both feel it is the right decision.’

Alaina, who was an American Idol runner-up in season 10, wrote in her caption. ‘I don’t regret a single second with Alex. I wish him the very best. Please do the same.’ 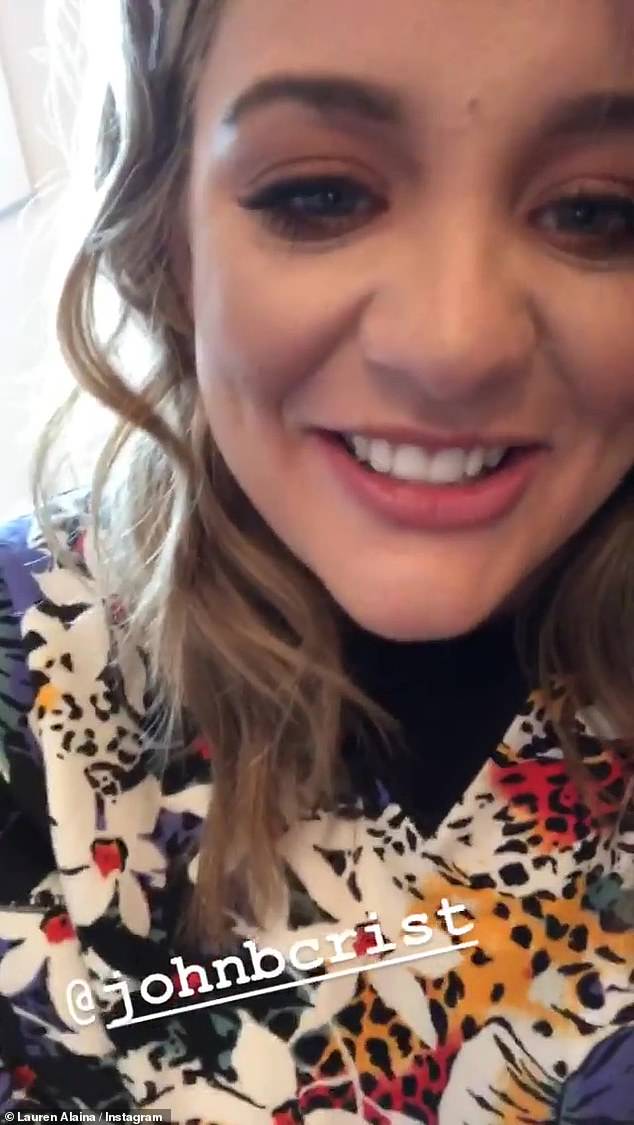 The chatter: Alaina, 24, also dished about her baby names folder in her phone, which Crist, 35, brought up during their interview 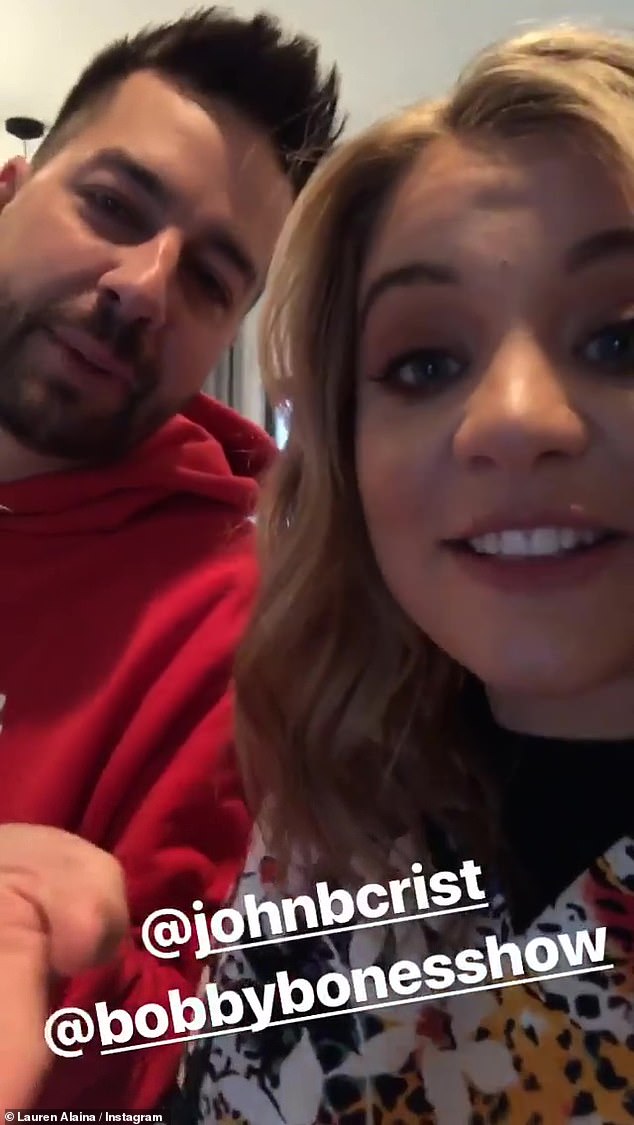 Baby fever: The singer claimed every girl has a baby names list, which the comedian disputed