Her partner, rapper Nipsey Hussle, was shot and killed in Los Angeles in March 2019.

And after accepting a posthumous award for the recording artist at the Grammys on Sunday, it’s being reported that Lauren London has moved into a new $1.7 million home.

According to E! News on Wednesday, the actress, 35, has purchased a 4-bedroom, 3-bathroom Spanish-style residence in LA’s Sherman Oaks neighborhood.

Making a move: Lauren London, whose partner Nipsey Hussle was shot and killed in LA in March 2019 has purchased a new home in LA, E! News reported Wednesday

Resort living: The actress, 35, paid $1.7 million for a 4-bedroom, 3-bathroom Spanish-style residence in LA’s Sherman Oaks neighborhood, according to E!

The outlet reports that London bought the 2,628-square-foot home built in 1949 off market.

The property includes a backyard built-in barbecue with bar-style seating and a swimming pool.

The kitchen features upscale stainless steel appliances, white cabinetry and a breakfast bar, and there’s a separate dining area too.

Modern decor: The 2,628-square-foot home was built in 1949 and has been remodeled and upgraded 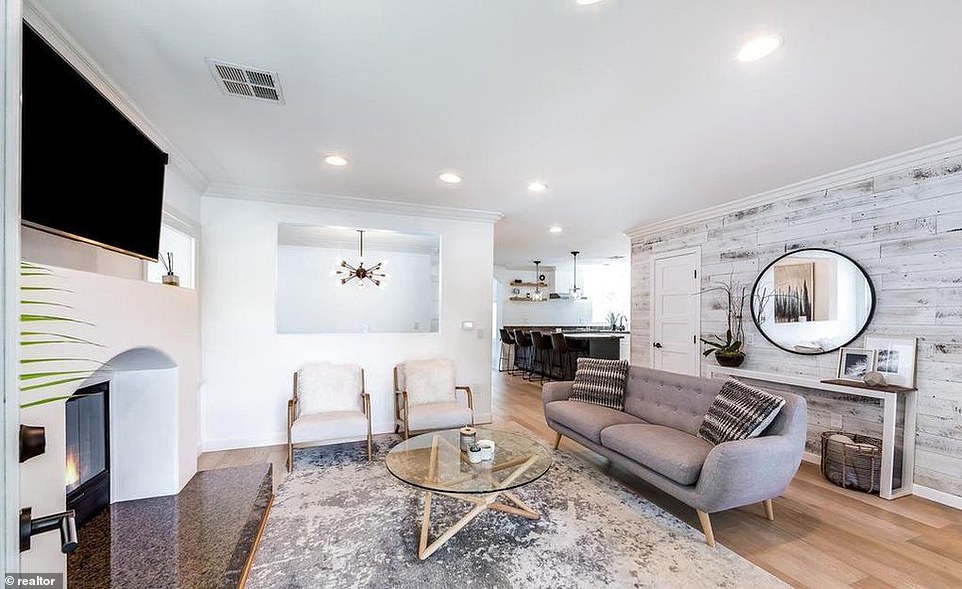 Cozy: The living area has a fireplace and mantel

There are wood floors throughout and recessed wood bookshelves and interior wood doors.

The living area that has a fireplace opens onto the backyard through double glass doors.

The master suite offers a walk-in closet and a balcony that overlooks the backyard and has a shade structure.

Retreat: The master suite has a ceiling fan, double glass doors to a balcony and a walk-in closet

Views: The balcony overlooks the backyard and features a shade structure 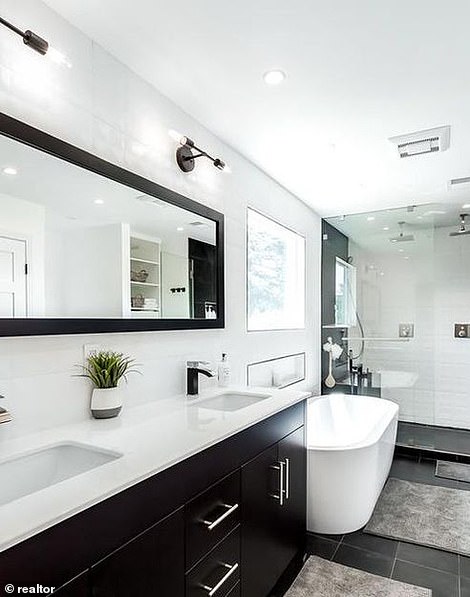 Clean living: The home’s bathrooms have striking decor with tubs and showers

Good for the night: Bedrooms are roomy and have plenty of natural light

Natural: There are wood floors throughout and recessed wood bookshelves

Work space: One of the residence’s four bedrooms could double as a home office

London is the mother of two sons.

Her eldest was born in 2009 and is from her relationship with rapper Lil Wayne.

Hussle was gunned down outside his Marathon Clothing store in South LA on March 31 last year.

Relaxing: The property has a swimming pool and hot tub in the backyard 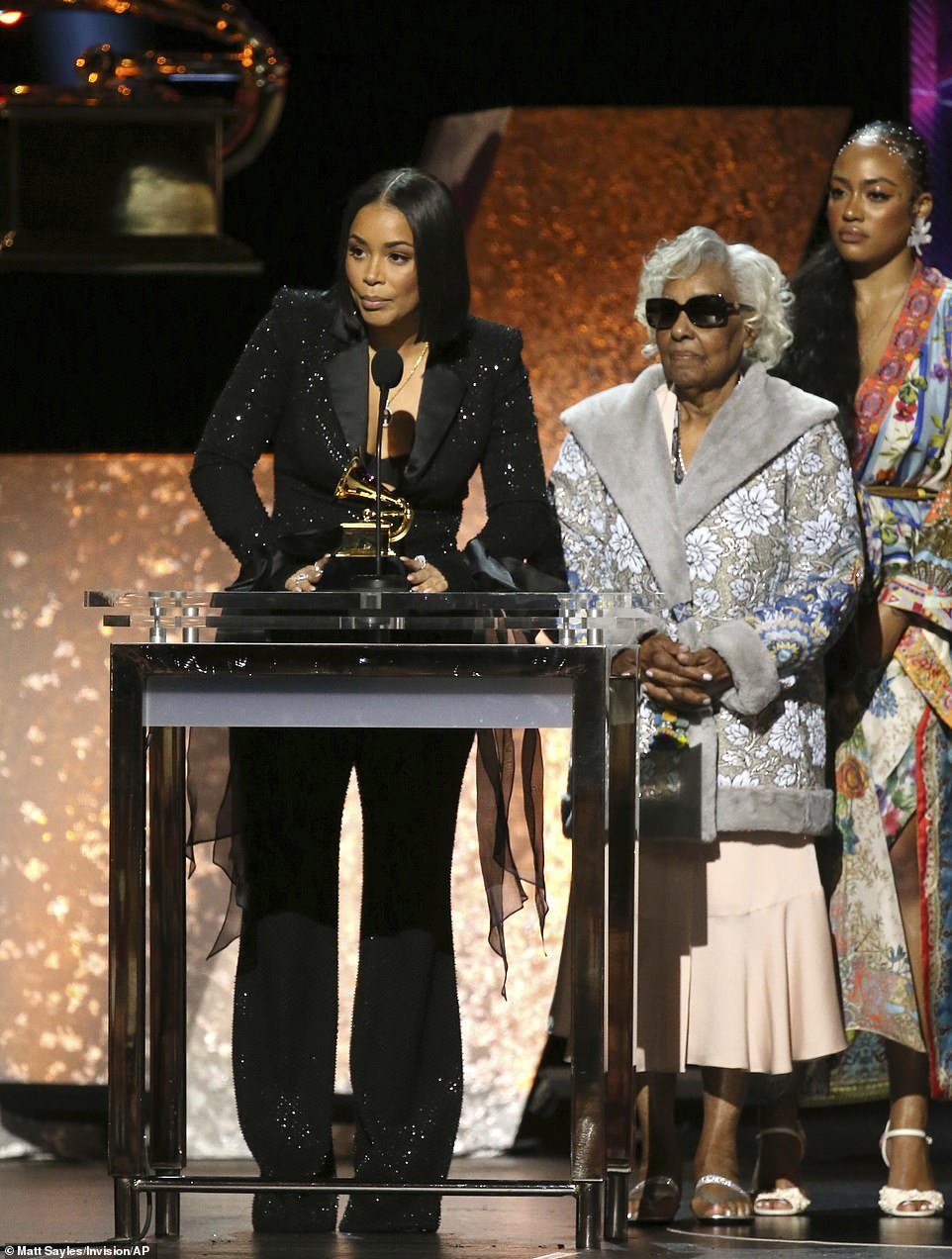 Honored: London attended the Grammys Sunday along with other members of Hussle’s family including his grandmother Margaret Boutte and accepted a posthumous award for Hussle

Since then, London has kept a relatively low profile, but she did attend the Grammys along with other members of Hussle’s family including his grandmother Margaret Boutte.

Accepting the award for Best Rap Performance for Racks In The Middle on behalf of her late partner, London said: ‘Nip did it not just for the awards, but for the people. God allowed him to use this music to speak his truth, give his wisdom and something we will forever be able to live with.’

A year ago, London and Hussle had attended the Grammys together where his debut studio album Victory Lap was nominated for Best Rap Album. 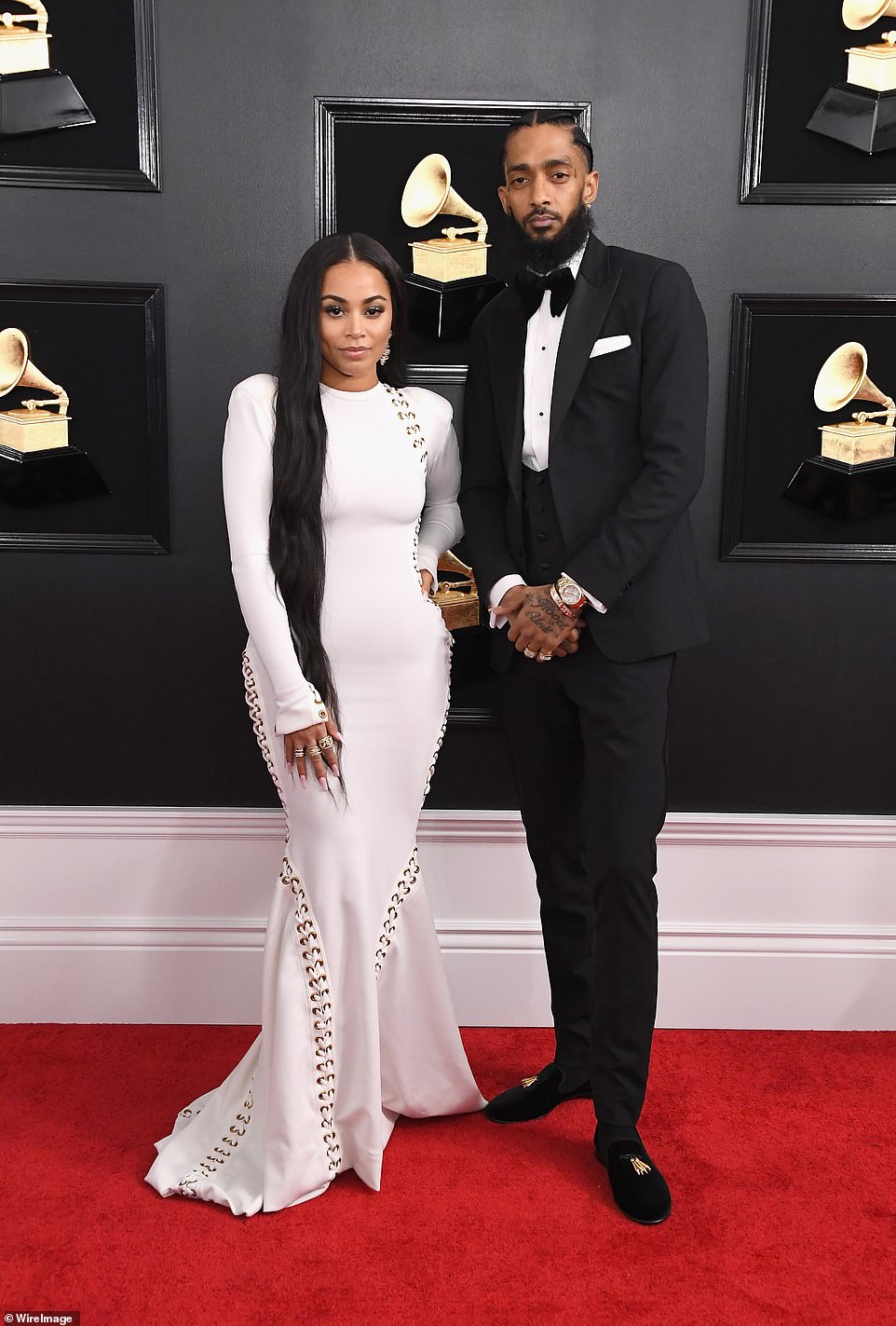 Couple: London and Hussle, pictured at the Grammys on February 10 last year, had been together since 2013 and shared a young son. The rapper was slain on March 31, 2019