Lautaro Martinez has played down talk of a big money move linking the Inter forward with a switch to Barcelona.

The 22-year-old has score 15 goals and notched up two assists in Serie A and the Champions League this season.

His impressive run of form has seen him linked with a move to Spanish giants Barcelona. 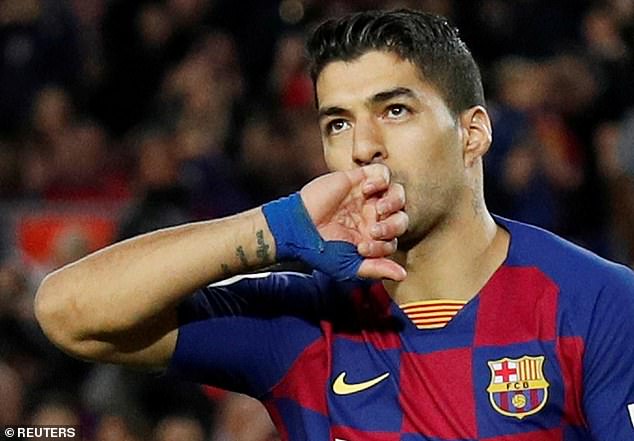 But the forward has dampened speculation, saying he has no intention of abandoning Antonio Conte’s Inter project.

‘The fact that they speak well of me means that I’m doing something right and the intention is to continue on this path.

‘I’m calm, happy and at ease with Inter.’

The Argentine caught the eye when Inter visited the Nou Camp earlier this season and he scored within two minutes of kick-off. 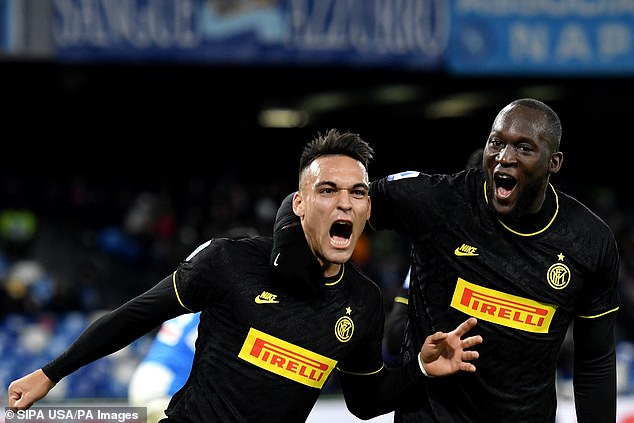 The Argentine has formed a lethal partnership with Romelu Lukaku, already scoring 31 goals between them

To ward off potential interest, the Italian giants have mooted offering Martinez a new contract and raising or removing his release clause.

His form, along with the goal-scoring exploits of Romelu Lukaku, has propelled Inter to second in Serie A, trailing Juventus by two points.

Conte is looking to prise the title away from the Old Lady for the first time in nine years.