Law enforcement needs a search warrant to look at the lock screen on your smartphone, judge rules

Law enforcement needs a search warrant just to look at the lock screen on your smartphone, Seattle judge rules as robbery suspect says FBI turned on his phone and viewed the screen

Law enforcement needs a search warrant just to look at the lock screen on a suspect’s smartphone, according to a ruling by a Seattle judge.

Judge John Coughenour made a shock ruling in the US District Court in Seattle Monday that the FBI violated a robbery suspect’s constitutional rights when an agent turned on his phone and viewed the screen.

Coughenour said that looking at an individual’s lock screen is classed as a search meaning law enforcement cannot do this without a search warrant.

The decision means evidence gained by law enforcement from the cellphone screen belonging to Joseph Sam – who was arrested for robbery and assault in May 2019 – has now been thrown out.

Looking at an individual’s lock screen is classed as a search meaning law enforcement cannot do this without a warrant, according to a ruling by a Seattle judge

However the Washington state judge ruled that some evidence from the screen could be kept, because police officers can sometimes carry out a search without a warrant while the FBI cannot.

The judge’s ruling was based on two separate incidents which began when Sam was arrested in May 2019.

One of the arresting police officers turned on Sam’s Motorola smartphone and viewed the lock screen.

Then, seven months after the arrest in February, an FBI agent turned the suspect’s phone on again and took a photo of the lock screen.

The name ‘Streezy’ was displayed across the screen.

Sam’s attorney filed a motion to suppress evidence gained by law enforcement from the lock screen saying a search warrant is needed to look at the screen. 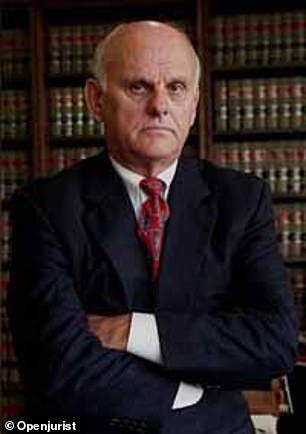 The judge said that police can carry out searches without a search warrant under certain circumstances at the time of arrest, including if the search was ‘either incident to a lawful arrest or as part of the police’s efforts to inventory the personal effects’.

This means the police looking at the phone’s lock screen at the time of arrest may not have been a violation of the suspect’s rights.

However the judge said he needed more evidence to determine if the search was carried out for one of those reasons.

But the search at the later date by the FBI was unconstitutional and violated Sam’s Fourth Amendment rights, the judge ruled, because the FBI cannot conduct a search without a warrant.

‘The FBI physically intruded on Mr. Sam’s personal effect when the FBI powered on his phone to take a picture of the phone’s lock screen,’ Coughenour said.

The FBI evidence from Sam’s cellphone has since been suppressed.

The government had argued a phone’s lock screen is public to anyone when the phone has power so there can be no expectation of privacy.

The judge dismissed this argument saying: ‘When the Government gains evidence by physically intruding on a constitutionally protected area – as the FBI did here – it is ‘unnecessary to consider’ whether the government also violated the defendant’s reasonable expectation of privacy.’