Jack Leach took a wicket with his first ball, another with his last, and in between did everything he could to prove he really can forge a Test career outside Asia.

From the moment Ben Stokes entrusted him with the 12th over of this Test, and was instantly rewarded with the wicket of New Zealand opener Will Young, Leach looked a changed man.

At Trent Bridge, at least until Jonny Bairstow blitzed England to victory on the final afternoon, one of the main narratives concerned Leach’s future: how exactly was he going to hold off challenges from Moeen Ali, Matt Parkinson and Adil Rashid ahead of the winter tour of Pakistan?

Figures in Nottingham of two for 140 and one for 86 seemed less like bowling analyses than letters of resignation.

By contrast, five for 100 from 38.3 overs in Leeds felt like a holy grail for a English spinner in the first innings of a home Test, offering both incision and control – once the calling card of Graeme Swann.

But in taking his first five-for on English soil, Leach – statistically at least – harked further back, all the way to 1958 and Jim Laker, the previous England spinner to take five wickets in the first innings of a Headingley Test, also against New Zealand.

And if the dismissal of Henry Nicholls, caught at mid-off via a deflection from the bat of Daryl Mitchell at the other end, immediately became a social-media sensation, then Leach yesterday held his nerve under heavy bombardment to knock over New Zealand’s last three wickets either side of lunch. 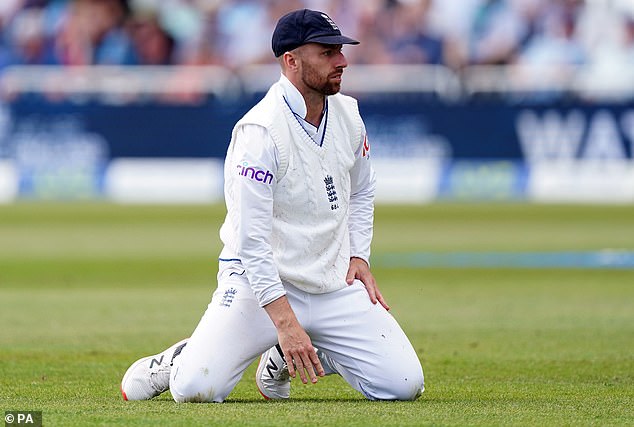 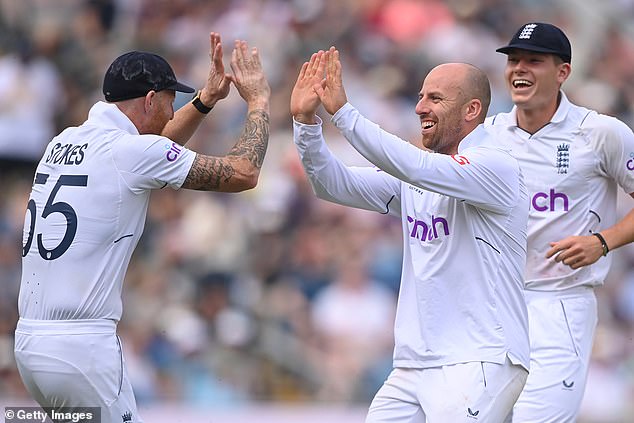 Above all, he was made to feel wanted – not just by his early introduction into the attack, but by the sense that, throughout the tourists’ first-innings 325, he was central to Stokes’s plan, a cog in the wheel, not a rusty spoke.

Where Joe Root often seemed unsure how best to use any of his spinners in conditions that didn’t offer obvious help, Stokes opted for the oldest trick in the man-manager’s book: he made Leach feel good about himself.

At one level, this is an instinctive impulse: Stokes will always enjoy a bond with Leach because it was here, three years ago, that the pair put on 76 for the last wicket to stun Australia. Leach’s share was the most important one not out in Test history.

Until now, that scampered run to bring the scores level and help keep the Ashes alive constituted the high point of his Test career in this country – with apologies to the 92 he made as nightwatchman against Ireland in 2019. 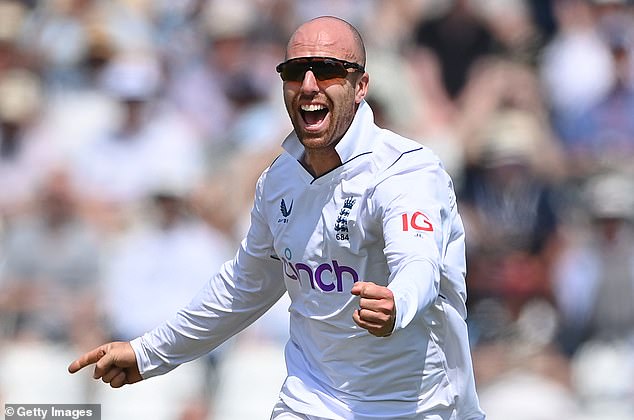 Now, after removing Tim Southee and Neil Wagner in the space of three balls soon after lunch, he led his team-mates off the field to a heart-warming ovation. There couldn’t have been a soul in the ground who begrudged him.

Stokes may also empathise with a player whose off-field struggles in some way reflect his own.

Last summer, Stokes took time away from the game to look after his mental health. Leach has faced demons too, in body as well as mind: Crohn’s disease, sepsis, Covid and – as recently as the first Test of this series – concussion.

Above all, England’s new captain wants a spinner capable of thriving in all conditions, and knows he will find him only if he is prepared to invest. 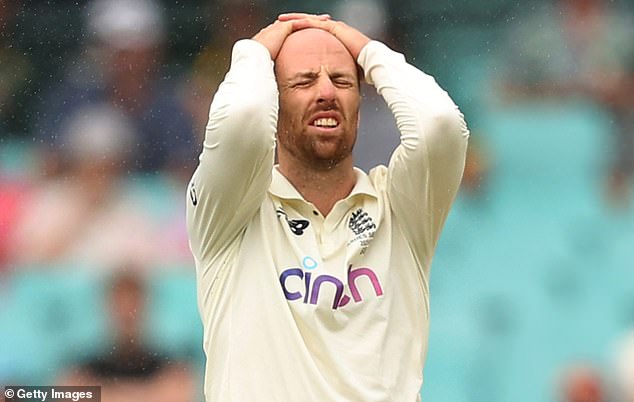 In Australia over the winter, Leach was hopelessly misused, thrown to the dogs on a Brisbane greentop, then asked to bowl a negative line at Melbourne. He was an apologetic presence, milked by batsmen, mocked by crowds.

But England have seen how Australia use Nathan Lyon, an off-spinner who bowls long spells and has taken 427 Test wickets all over the world. They want to designate their own first-choice spinner, and Stokes has settled on Leach.

It may not work out: international sport offers no guarantees. But if the extra drift Leach has imparted on the ball so far in this Test is anything to go by, he may not prove as one-dimensional as his performance in Nottingham suggested.

That isn’t as sexy as ‘Bazball’, but it could be just as significant.