Multan might be the hub of southern Punjab, one of Pakistan’s four provinces, but it is still getting used to hosting international matches again.

The three ODIs it staged against West Indies in June were the first played here for 14 years. England, meanwhile, are about to embark on the venue’s first Test since November 2006. Even by the quiet recent standards of Pakistan’s cricket circuit, it feels like the road less-travelled.

To form part of the police escort from our hotel in the city’s centre to Multan Cricket Stadium – 40 minutes on a good day – is to get a sense of the novelty. Passers-by peer through our car windows, before turning away in mild disappointment when they realise we’re not Jimmy Anderson or Ben Stokes. 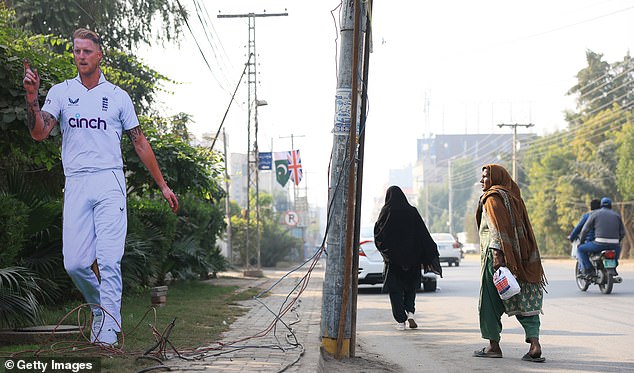 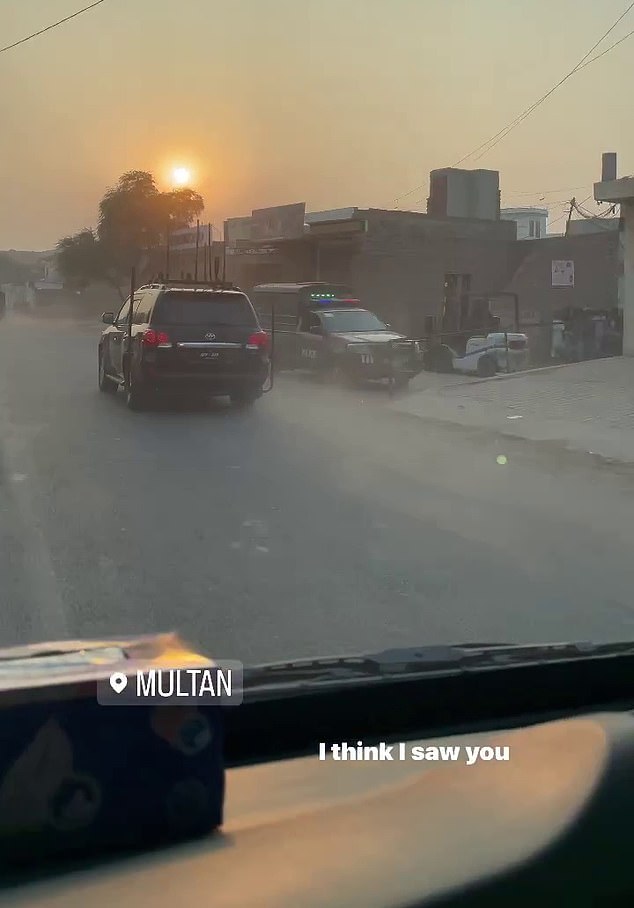 The streets are full of dust, which mingles with the morning fog and smog to create a haze that never fully lifts. It’s not a place for the asthma sufferer.

There’s more to Multan, though, than the usual tropes imagined by westerners. It is one of Asia’s oldest cities, said to have been continuously inhabited for 3,000 years, and is known as the ‘City of Saints’ because of its Sufi shrines.

The pity is that journalists are unable to leave the hotel without a full-scale security operation involving dozens of armed police, with sirens blaring as the convoy cuts a swathe through the traffic, or is held up by it altogether. The tourism will have to wait for another time.

England’s players have been used to this kind of existence since they arrived in Pakistan, having been confined to their luxurious Islamabad hotel – unlike the reporters, who towards the end of the first Test squeezed in a visit to the British High Commission in the Pakistani capital (Rawalpindi is Islamabad’s next-door neighbour). 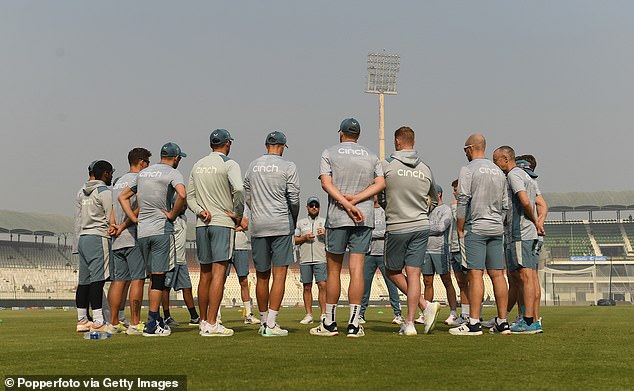 We had been promised a briefing from Christian Turner, the British High Commissioner who will be leaving his job in January to take up a senior diplomatic position back in London.

In the end, we were simply shepherded – beer and wine in hand – into the bar area, where we did the diplomatic thing: mingled, ate, drank, watched the football World Cup, played pool.

If you really do need a drink – and don’t have an invitation to the High Commission – your best bet in Islamabad was to order the local Murree beer (malty, not bad at all) on room service. In Multan, no option exists, which is good the liver and perhaps even better for the soul.

Above all, the welcome here in Pakistan has been like no other. Deprived after a decade in which the team’s home away from home became the UAE, the people here could not be happier to see visitors. 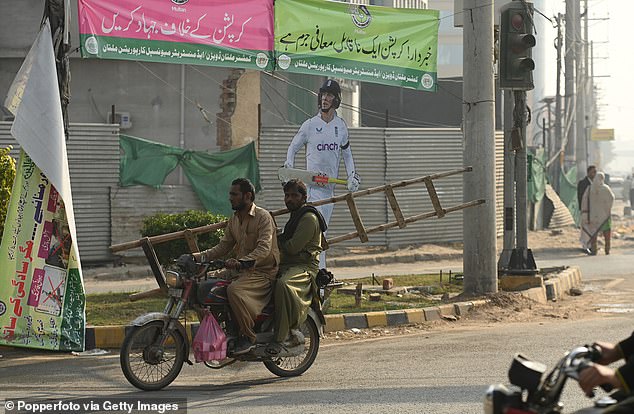 An evening at La Montana restaurant, in the foothills of the Himalayas, with a spectacular view of Islamabad at night, will live long in the memory.

During the eight-and-a-half-hour road trip from Islamabad to Multan on Tuesday – through the orangeries of Sargodha and the paddy fields of Hafizabad – there was nothing but amicable curiosity from the locals we met at our various stops. It was quite an experience.

There are still stories that are not especially cheery, like the attack on the Pakistani embassy in Kabul, the Afghanistan capital, by Islamic State gunmen not long after England arrived in Islamabad.

This morning, it emerged that rival gangs in Multan had fired gunshots at each other near the team hotel – though officials insisted this would not affect the Test. 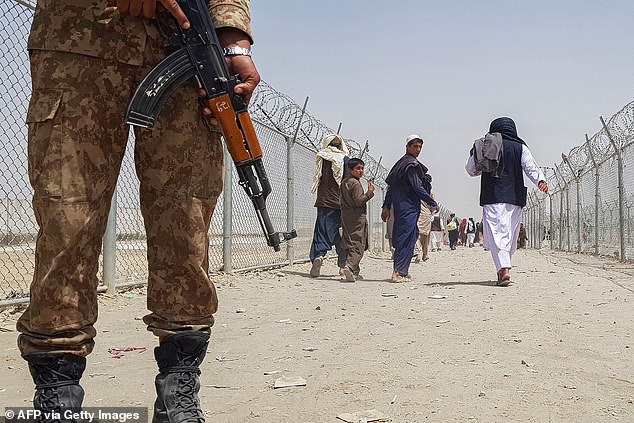 There have been some not-so-cheery stories – such as the attack on the Pakistani embassy in Kabul, Afghanistan, not long after England arrived

Mainly, though, it’s been one big good-news story, and the crowd in Rawalpindi was especially encouraging. In a part of the world where white-ball cricket is in danger of swamping all else, thousands turned up every day for the Test, and were more generous in their applause for England than other countries might have been.

On the one hand, they watched Pakistan lose. On the other, they were treated to 1,768 runs – a record for a five-day Test – and seven centuries, including one for their hero Babar Azam.

You would have to be one-eyed not to have enjoyed the game’s conclusion, and Pakistani spectators are not that. Passionate, certainly, but not so partisan that they can’t recognise one of Test cricket’s greatest wins when they see it.

And what of Multan’s smog? Mike Atherton – the former England captain who is here for both Sky Sports and The Times – reckons play might have started half an hour late this morning. 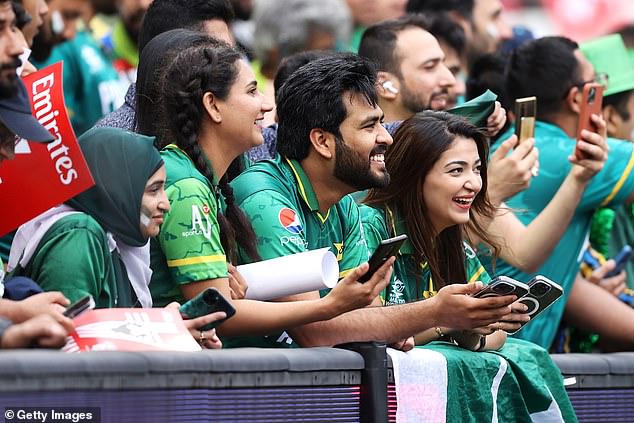 Thousands of fans turned up every day for the first Test and were treated to 1,768 runs – a record for a five-day Test – and seven centuries

If that persists throughout the game, we may lose the equivalent of a session and a quarter – more if play ends prematurely too.

Previous England captains might have grumbled about the hazards of touring Asia, but Stokes is cut from a different cloth. For him and Brendon McCullum, obstacles exist to be overcome, and he has already promised a more attacking approach than at Rawalpindi, where England scored at 6.73 an over – a Test record across two innings.

The only time Pakistani journalists have suspected anything resembling a colonial thought process came when they learned England had brought their own chef on the tour. When half the dressing-room was struck down before Rawalpindi, the story was too good to ignore: surely England had been food-poisoned by their own cook!

Danny Reuben, the ECB’s excellent media-liaison manager, did his best to convince them there was no link, but not everyone seemed sure. 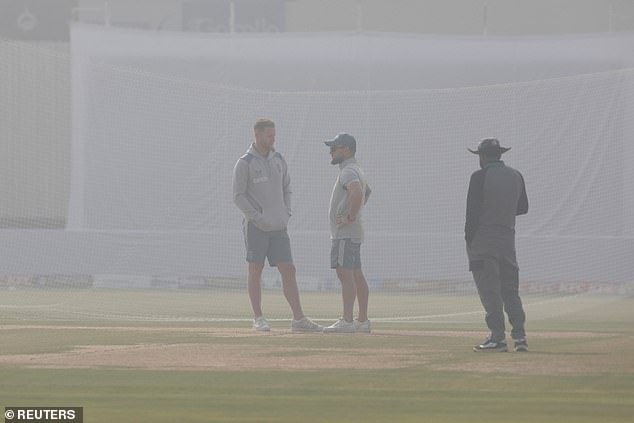 Despite the smog around Multan, captain Ben Stokes and Brendon McCullum see it as an obstacle they can overcome

That was a rare mis-step on a tour characterised by mutual friendliness, with the teams even sharing facilities during training. It helps, of course, that Stokes’s men are playing a brand of cricket only a curmudgeon could object to.

And thank goodness, really. The visit of the Australians here in March produced a turgid series, pinched late on by some skilful reverse-swing bowling from the tourists that sparked talk of a ’15-day Test’. When that was put to Stokes at The Oval in September, after England’s victory over South Africa, he looked unimpressed.

Back in the late 1980s, after the tour on which Mike Gatting exchanged unpleasanteries with umpire Shakoor Rana at Faisalabad, the English tourists were paid a ‘hardship bonus’ of £1,000 a man. If they go hard again in Multan, it may be Test cricket that’s in their debt.