A lawsuit accuses U.S. Immigration and Customs Enforcement officials of lying when they claimed Iraq had agreed to take back more than 1,000 of its citizens who had final deportation orders from the U.S.

A motion in the lawsuit, filed Wednesday by the American Civil Liberties Union of Michigan, calls for more than 100 Iraqis to be released from detainment.

The ACLU is also asking the court to sanction ICE for being deceptive and seeking the release of documents that would reveal when ICE knew it was being dishonest.

‘What is really appalling here is not only does ICE lock up these individuals and throw away the key, but they did so by misleading the court,’ ACLU attorney Miriam Aukerman told DailyMail.com.

ICE officials declined to comment Friday on the ongoing litigation.

U.S. Immigration and Customs Enforcement agents detain an immigrant in California in 2015

The issue of whether or not Iraq is willing to accept the return of its citizens is critical because that is the legal basis upon which it has been able to continue detaining more than 100 Iraqis – in some for 14 months or more, said Aukerman, of the ACLU’s Michigan office.

That’s a problem, because the U.S. Supreme Court has said the government has six months to remove someone who is being detained while awaiting deportation, Aukerman said. After that period of time officials must either prove removal is imminent or the immigrant must be released.

Iraq has a long standing policy of not accepting people who are being deported involuntarily.

However that appeared to change in March of 2017 when President Trump issued an executive order removing Iraq from the administration’s travel ban, citing that country’s willingness to accept a limited number of Iraqis.

Despite the seeming change in Iraq’s position on accepting deportees, the ACLU asserts that the country maintains its policy of rejecting anyone being removed involuntarily.

The ACLU case dates back to a nationwide immigration sweep in June and July of 2017 in which more than 100 Iraqis were arrested. In many cases they had overstayed visas or been convicted of crimes.

The government had been aware of and supervising many of the Iraqis for years without detaining or attempting to deport them because of Iraq’s policy – and only conducted the sweep because officials believed the U.S. would be able to reach an agreement with Iraq on deportations, Aukerman said. 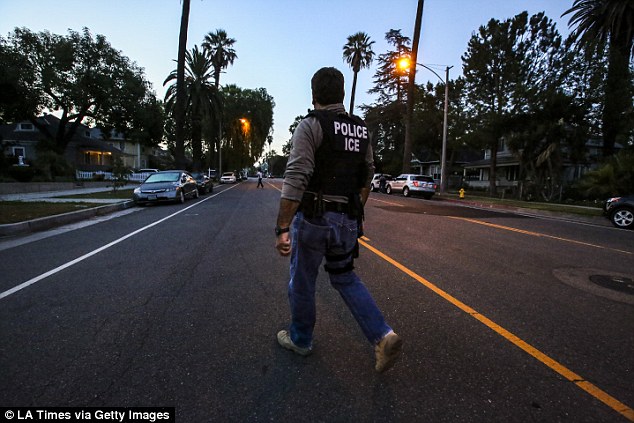 Soon after the sweep, U.S. District Judge Mark Goldsmith halted the deportation of more than 1,000 Iraqis – including those being detained – citing the likelihood that they would face torture or death, in many cases because they were religious minorities in that country.

However, as the case drags on, more than 100 remain detained in federal custody after ICE officials argued that it would be able to deport the Iraqis.

‘Even though ICE officials knew that Iraq had this long-standing policy and that it was not going to be easy and simple to remove these individuals, ICE submitted sworn testimony to the court saying just the opposite,’ Aukerman said.

Firas Nissan is among those who was rounded up in the 2017 sweep and remains detained, according to the ACLU filing.

He fled Iraq 17 years ago after being threatened and imprisoned in his home country. Nissan was ordered deported after missing an asylum hearing in 2004 due to illness, but had been allowed to remain in the U.S. for the past 13 years as long as he made regular check-ins with ICE.

‘These detainees who have been locked up, and their families who have been separated from them, have the right to see what the truth is and how that stacks up against what the government said,’ Aukerman said. ‘They’re watching seasons pass from inside of a jail cell.’