A Facebook employee warned the company was misleading advertisers by inflating their potential online audience with ‘wrong data’, a California lawsuit claims.

The social media giant is being sued by a San Francisco small businessman who claims that it overstated its ‘potential reach metric’, which informs companies of the potential online audience for an advert on the site.

Newly unsealed court papers from the suit claim that bosses at the social media giant chose not to address the problem for years after it was raised in 2018 because it would have a ‘significant’ impact on revenue.

The fraud suit is set to go to trial after the tech giant made a failed attempt to have it thrown out for alleged breach of contract by the businessman.

It comes as Facebook finds itself under fire in Australia for banning residents from accessing and sharing news in protest at a new law which would have forced the site to pay for the content it hosts.

The tech giant has denied the claims that it counted duplicate accounts in its advertising estimates, calling them ‘without merit’ and argue that advertisers only pay for the clicks that are actually generated.

The unredacted lawsuit revealed a Facebook product manager who was in charge of potential reach suggested changing the metric in 2018 to make it more accurate, according to the Financial Times.

Internal emails show his proposals were denied by executives at Facebook because the ‘revenue impact’ would be ‘significant, according to the court filing.

The product manager replied saying ‘it’s revenue we should have never made given the fact it’s based on wrong data’, the documents showed.

Other employees also voiced their concerns about the metrics, according to the filing.

The documents had been sealed because they were commercially sensitive for Facebook.

But US District Judge James Donato ruled that unsealing the filings was in the public interest.

The lawsuit filed by the small business owner cites research that suggests Facebook was quoting potential reach figures in US states and demographics that were even bigger than their respective populations. 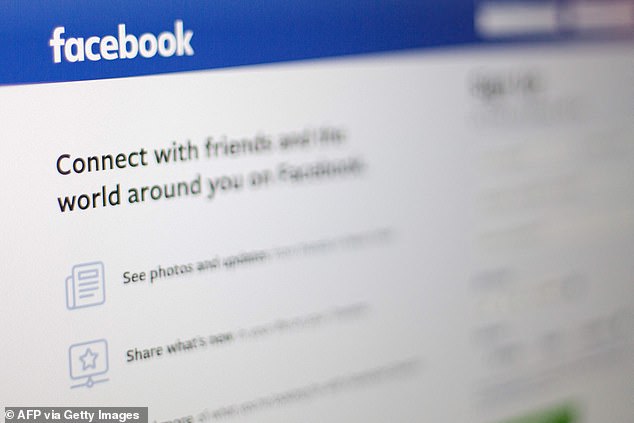 Facebook says the metrics are only estimates and advertisers only pay for actual clicks and impressions on adverts.

But the lawsuit alleges that companies allocate a large chunk of their budget for online advertising because of the potential reach suggested by the metric.

Internal Facebook research also found that removing duplicate accounts from the data would cause a 10 per cent drop in the number, the filing claims.

In 2019, Facebook altered the metric but the lawsuit claims that as of 2020, it still hasn’t removed the fake and duplicate accounts.

A Facebook company spokesperson told MailOnline: ‘These allegations are without merit and we will defend ourselves vigorously.’

Facebook only counted video views that lasted at least three seconds and ignored those of shorter durations, artificially extending the average length of each view,

The claimant said Facebook knew back in early 2015 that the metric was wrong but did not acknowledge it until September 2016.

The filing alleged that Facebook engaged in a PR campaign to deflect attention from the errors, citing internal emails.

Facebook allegedly paid a $40million settlement over the lawsuit.