A lawsuit against Arizona-based Biological Resource Center (BRC) has described how the donation clinic misused loved ones’ bodies in grisly scenes similar to the horror novel Frankenstein.

The chilling descriptions came to light this week as part civil action filed by 33 defendants whose loved one’s bodies were donated to the facility.

Plaintiffs state that they were misled by the company who led them to believe that their bodies would be used for disease research or organ donation.

The reality was a lot more horrifying, after owner Stephen Gore was found guilty of operating an illegal business in 2015 and discovered to have been selling body parts.

More than 1,755 human body parts were found at the facility, which took 142 body bags to move and weighed ten tons, according to Reuters.

Cwynar told of a small woman’s head sewn onto a large male torso that was hanging from the wall in a ‘Frankenstein manner’ according to the NYPost.

He also spoke of a ‘cooler filled with male genitalia’, ‘infected heads’ and ‘bucket of heads, arms and legs’ without any identification tags.

One FBI agent said that more than 1,755 human body parts were found at the facility (above) in 2014 it required more than 140 body bags to move – and weighed a shocking ten tons 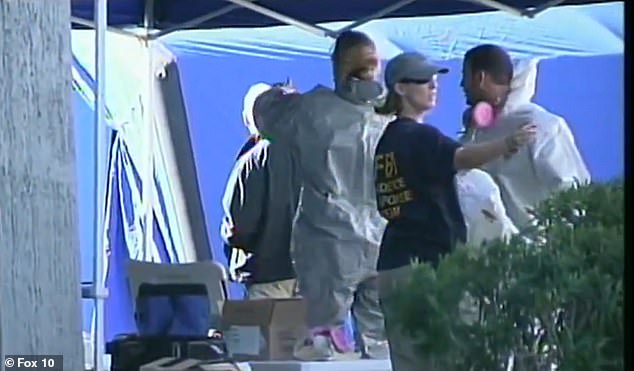 At the scene of the BRC in Arizona, where a ‘cooler of male genitalia’ and more was found in 2014 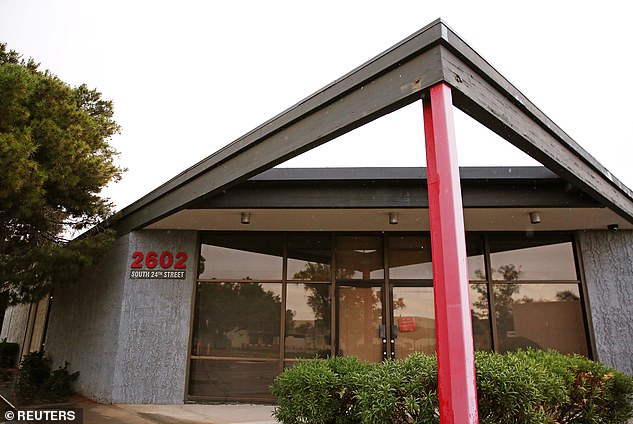 Biological Resource Center (above) where the graphic incidents took place. The businesses was shut down by 2014 but a new lawsuit has been filed by families 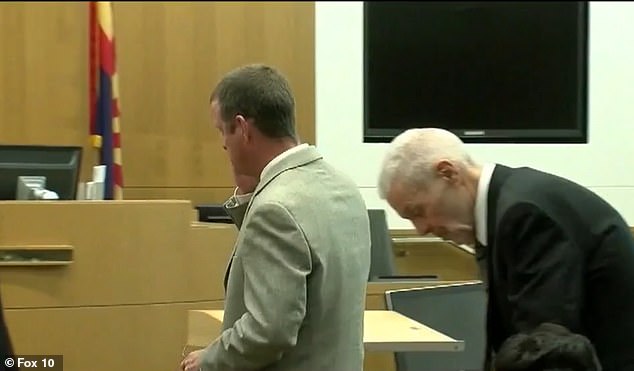 BRC owner Stephen Gore (center) when he appeared in court in 2015. He was found guilty of operating an illegal business

The initial 2014 raids occurred as part of a multi-state investigation into the illegal trafficking and sale of human body parts.

Whole torso without shoulders or head: $2,900

The BRC picked-up the bodies of deceased loved-ones from family homes, from their they sold the parts to middlemen for profit, the NY Post reported.

Their price listed ranged from a whole body minus the shoulders or head for $2,900 to a knee for $375.

He admitted that the bodies were not used in a way that donors had permitted and that he was ‘overwhelmed’ working in an industry without regulation.

Gore was sentenced to one year deferred jail time, four years probation and was forced to pay $121,000 in restitution.

‘I could have been more open about the process of donation on the brochure we put in public view’ Gore said, according to AZ Central. 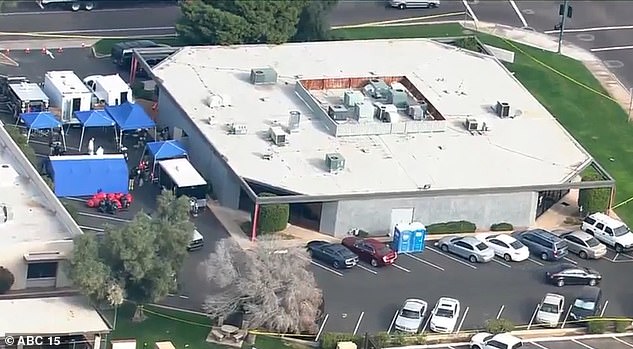 FBI and police raided the BRC site in Phoenix, Arizona, as a part of a multi-state investigation into the illegal trafficking and sale of human body parts 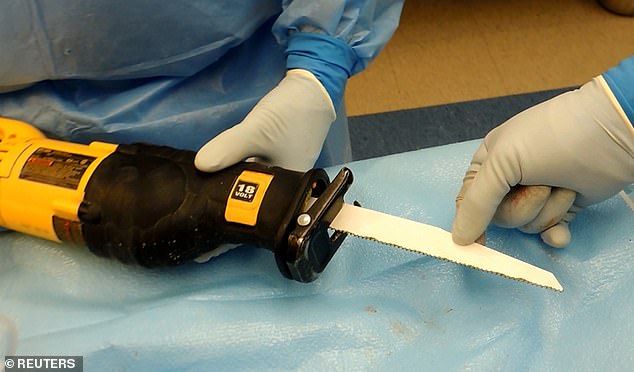 After Gore’s conviction, family members of those who had donated their body spoke of their disgust.

Gwen Aloia told Fox10Phoenix: ‘I just had to come to see what this animal looked like.’

Her husband’s body was donated in 2013 after he died from cancer. ‘It’s just disgusting,’ she added.

Another, Michelle Leader whose mother also died of cancer, said that their loved ones had ‘selflessly’ given themselves to research.

‘To take that away from them without permission is wrong in every sense of the word,’ Leader told Fox. 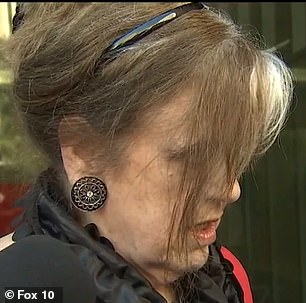 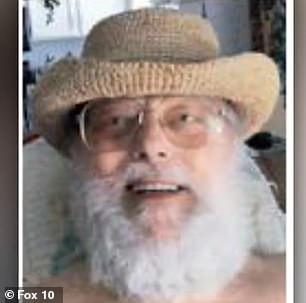 Gwen Aloia (left) in 2015 when attending court to see Gore’s face. The body of her husband (right) was donated in 2013 after he died of cancer 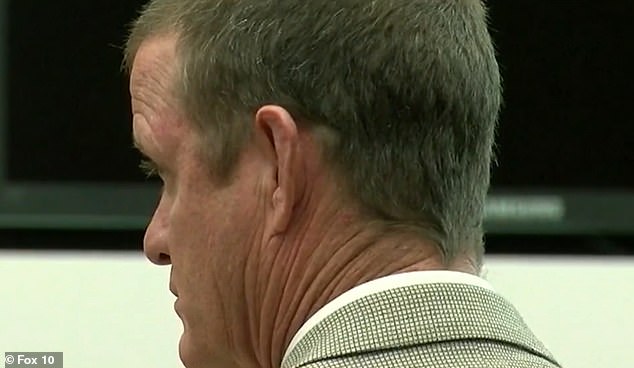 Stephen Gore (above) was sentenced to one year deferred jail time, four years probation and was forced to pay $121,000 in restitution 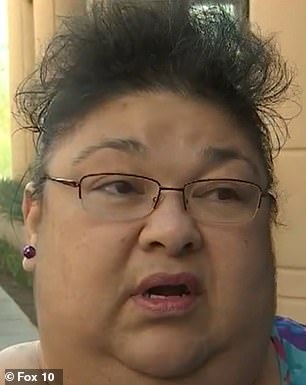 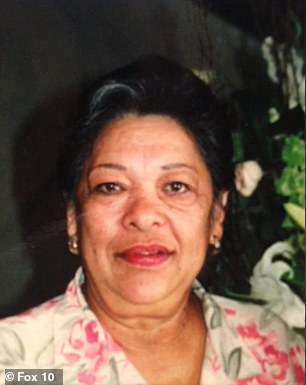 Michelle Leader (left) donated the body of her mother (right) to BRC after she died of cancer. Leader said to disrespect the wishes of loved ones was ‘wrong in ever sense of the word’

One FBI agent who worked on the case explained that moving body bags left resulted in a diagnosis for Post-Traumatic Stress Disorder (PTSD).

Matthew Parker told Reuters: ‘I couldn’t sleep at night after seeing that. It looked like a junkyard chop shop where they are just ripping things apart.’

One of the plaintiffs Troy Harp, who donated both his mother and grandmother’s bodies to BRC, told KTVK of his shock after finding out the truth.

‘Cancer, and leukemia and whatever else, using sample cells… That’s what I was told.’ Harp told the site.’This is a horror story. It’s just unbelievable. This story is unbelievable.’

The civil case is set for trial in Maricopa County Superior Court on October 21. 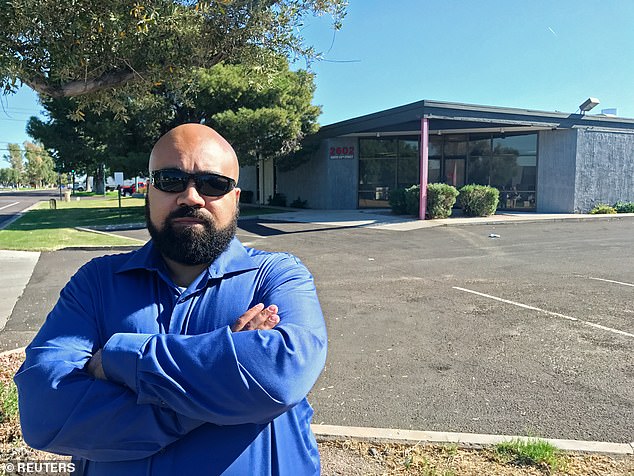