A former employee of a Wyoming occupational therapy office says the owner of the business pressured her to take Scientology courses as a condition of her employment.

Julie A. Rohrbacher filed a lawsuit in federal court December 17 against Teton Therapy, a group of physical and occupational therapy offices in four Wyoming locations.

Rohrbacher worked at an office in Lander, according to the Casper Star-Tribune.

She claims in court documents that owner Jeff McMenamy declined to promote her and then forced her to resign in 2013, after she refused to enroll in Church of Scientology courses.

Rohrbacher sued under the Civil Rights Act of 1964, which prohibits religious harassment at work.

Jeff McMenamy, the owner of Teton Therapy, a group of physical and occupational therapy offices in four Wyoming locations, is being sued by one of his ex-employees 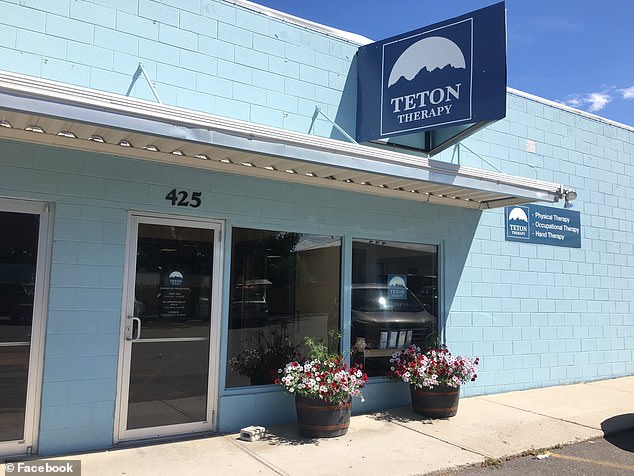 Julie A. Rohrbacher says she was fired from the Teton offices in Lander, Wyoming (above) after she refused to take Scientology classes as a condition of her promotion

Scientology is a church founded by science fiction writer L. Ron Hubbard in the early 1950s.

McMenamy said neither he nor his attorney had seen filings in the case and could not comment on the lawsuit.

Rohrbacher alleges in her lawsuit that as a condition of her employment at Teton Therapy, she was required to take a course based on the teachings of the church.

She declined to take the course because she did not agree with Scientology’s teachings.

Two years after she joined the company, Rohrbacher applied for a promotion.

In order to receive the promotion, she was told that she would need to complete the Scientology course and take another course in Clearwater, Florida.

Scientology is known to maintain its headquarters in Clearwater.

The movement is said to own more than a quarter of a billion dollars worth of real estate in downtown Clearwater, according to FSView & Florida Flambeau.

Tom Cruise, perhaps the most famous adherent of Scientology, sold his mansion in Beverly Hills and moved to Clearwater so he could be next to the church’s headquarters, according to PEOPLE. 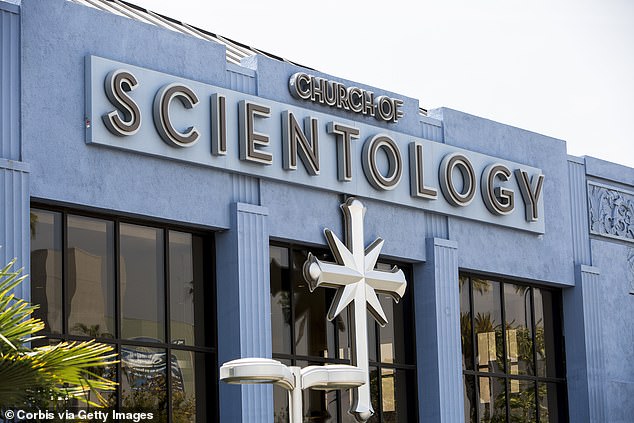 Scientology is a church founded by science fiction writer L. Ron Hubbard in the early 1950s. The image above shows the Church of Scientology building in Los Angeles

The church’s vast holdings in real estate in Clearwater, coupled with its status as a tax-exempt religion, means that it can implement massive development plans and consolidate its hold over the city.

When Rohrbacher told her employers that she felt uncomfortable with the teachings of the church, she was told that she needed to quit and accept two weeks’ severance pay or be terminated, according to the lawsuit.

Scientology is a controversial organisation due to accusations from multiple former believers that it engages in abusive practices.

Leah Remini, the King of Queens actress, defected from Scientology in 2013 after decades as a member of the movement

Leah Remini, the King of Queens actress, defected from Scientology in 2013 after decades as a member of the movement.

Since her high-profile and acrimonious departure, she published a best-selling memoir, Troublemaker: Surviving Hollywood and Scientology.

She has also produced three seasons of the award-winning A&E documentary series Leah Remini: Scientology and the Aftermath.

The church has disputed Remini’s assertions in the show.

It even created a website designed specifically to refute the claims made in the series and to discredit Remini.

‘Leah Remini has repeatedly disparaged and exploited her former faith for profit and attention through a series of failed publicity stunts, culminating in her reality TV show featuring a cast of admitted liars who to make a buck have been telling differing versions of the same false tales of abuse for years,’ the church wrote on the website.

‘Many of their allegations have been reviewed and discredited in courts of law.

‘A&E’s promotion of their agenda smacks of bigotry.

‘It also is sad that Leah Remini attacks and exploits those who tirelessly worked to help her when no one else was willing to tolerate her behavior.’