Lawyer, 99, is still working as a special public defender at 99 years old

Attorney Morton Katz, 99, became a lawyer in 1951, after serving in World War II, and continues working on a contract basis with the state of Connecticut as a special public defender.

Katz can recall just one client assigned to him as a special public defender who made an issue of his age.

That man, who was charged with stealing a car while on probation, was unhappy about how long it was taking to resolve his case.

‘He wrote me the most vicious letters,’ Katz said. ‘The mildest one began, you senile old son of a – well I won’t quote all the language he used, but it got pretty violent.’

Attorney Morton Katz (pictured on Monday), 99, became a lawyer in 1951, after serving in World War II, and continues working on a contract basis with the state of Connecticut as a special public defender

Katz does almost all of his work in person and over the phone, rather than using computers, but he impresses far younger colleagues with his sharpness of mind and recall of detail. And he has no plans to retire.

Katz, of Avon, was born on May 15, 1919 – straw hat day, he explained. In those days men would wear a straw hat from mid-May to mid-September. After that, someone would take it off your head and put their fist through it, he said.

He graduated from Connecticut State College, the school that became the University of Connecticut, and saw action in World War II in North Africa, Italy, France and Germany before attending law school at UConn. 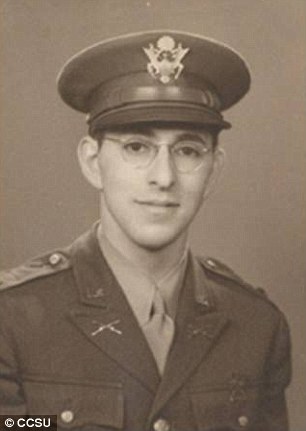 Superior Court Judge Omar Williams said Katz is asked to handle very difficult cases with tough defendants, and is very good at what he does.

‘Obviously, it’s amazing that there is someone who is 99 years old who is still working in this field,’ Williams said. ‘But to be putting out that type of work product, to be every bit a persuasive advocate – it’s absolutely incredible.’

One recent day, Katz was trying to find a client in a burglary case. The man had appeared on similar charges a few days before in New Britain, and his lawyer in that appearance had not gotten back to Katz to tell him of its resolution. Despite being on the docket, the client had not been brought from prison to the courthouse.

‘The left hand has no idea what the right is doing.’

David Warner, the supervisory public defender in Hartford, said nobody that he knows of has ever questioned Katz’s competence to practice law.

‘He tells some amazing stories about his career, about the war,’ Warner said. ‘I thought he was joking when he first told me his age. You’d never know it from talking to him.’

As a special public defender, Katz is paid $350 per case, no matter how much work he puts in, unless the case goes to trial, and then he gets an hourly wage.

He dedicated himself to public service after an uncle, who put Katz through college, refused his offer to pay him back.

‘He said, “No, what you will do is find someone else who needs your help, and you will help them,”‘ Katz said. ‘It just hit me that that was the right thing to do.’

The American Bar Association said it could not determine whether Katz is the oldest practicing lawyer in the United States, and the National Association of Public Defenders says it also does not keep those records. 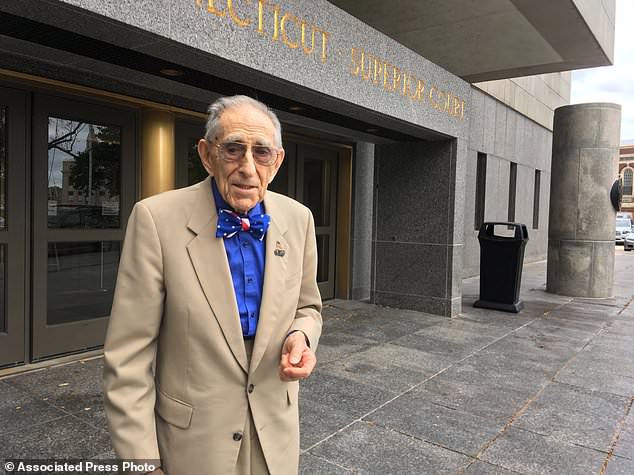 ‘However, having been a public defender myself for 31 years and involved with public defense since that time, I know of no one remotely approaching that age who is still active as a public defender,’ said Ernie Lewis, the group’s executive director.

Katz said he plans to end his legal career ‘when they carry me out of here’.

In the meantime, he attends regular seminars to keep up to date on the law and wants to take a course to make him more computer literate.

‘Here is someone who has served his country in ways that can never be repaid and continues to do so,’ Judge Williams said. ‘He’s just such a fine example of the best that humankind has to offer.’

And the accused car thief who had such vicious words for Katz? He came around a bit once Katz managed to get the case tossed.

The suspect’s case was taking longer than expected because Katz was having a forensic examination done of a phone that was found in the stolen car. That exam found messages that proved two other men had stolen the car and were renting it to his client.

‘I think he mumbled a thank-you on the way out of court,’ Katz said, chuckling, ‘but very low key’.