A top media lawyer has called for the juror who caused the Bruce Lehrmann trial to be aborted to be charged.

It comes as it was estimated the court proceedings likely cost the parties – which included the taxpayer – up to $2million.

The academic article was discovered when a sheriff accidentally noticed one of the papers during routine cleaning.

However, it has since been revealed that after the jury was dismissed, sheriffs found two further academic articles – which belonged to the same juror, a written judgment released by Chief Justice Lucy McCallum said.

The juror, who was explicitly told not to conduct independent research, was not punished for their actions.

Lehrmann had been on trial accused of raping Ms Higgins following a drunken night out in March 2019 for close to four weeks. He had pleaded not guilty.

‘I think the juror should be charged,’ he told Daily Mail Australia.

‘Charging the juror will send a message to the public that if you get called to jury duty, you have to do the right thing and follow the judge’s directions.

‘Public awareness is the only good thing that might come from the abandonment of this trial.’

The court was told the first document that was found which belonged to the juror related to the ‘unhelpfulness of trying to quantify’ the prevalence of false sexual assault complaints.

According to a written judgement released by Justice McCallum, the additional papers were also articles about sexual assault, and belonged to the same juror.

After dismissing the jury on Thursday morning, the chief justice told the court the documents were found ‘inadvertently’ – when one of the sheriff’s officers  accidentally bumped one of the juror’s document folders onto the floor.

When the officer picked it up, they found what was later confirmed to be an academic research paper about the prevalence of false sexual assault claims.

The juror said that the document had not been used or relied upon during deliberations.

However, when the court reopened the chief justice said she couldn’t rely upon that explanation.

The jurors had been explicitly and repeatedly instructed not to do any research except what was presented to them in the courtroom.

A spokeswoman for Justice McCallum said: ‘The conduct of the juror in question does not constitute an offence in the ACT.’

Mr Quill said he ‘doesn’t agree’ with the juror’s conduct not being considered an offence.

‘The judge warned them 17 times that they should not conduct their own research, in my view that is a condition imposed by the judge on the juror,’ he said.

He added in a column written for the Herald Sun that aside from ’emotional costs’ on those in the trial, he guessed the juror’s actions would’ve set back taxpayers $2million.

Ms Higgins gave an impassioned speech outside court after the jury was dismissed. 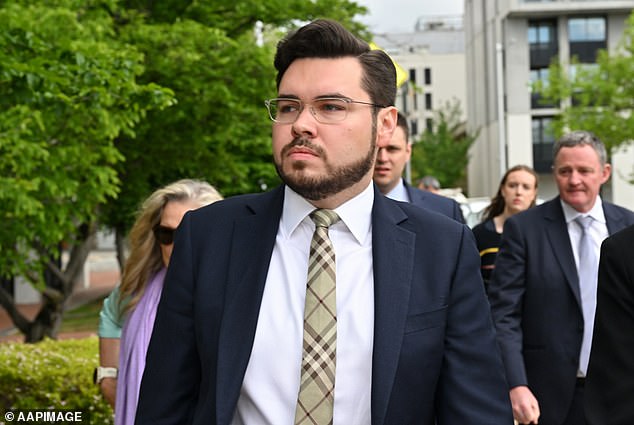 Bruce Lehrmann was on trial, accused of raping Ms Higgins following a drunken night out in March 2019. He had pleaded not guilty

She was visibly emotional and her hands were shaking.

‘I chose to speak up…to speak up and share my experiences with others,’ she said, before recounting a version of events about her experience in the courtroom.

Lehrmann’s legal team have since referred Ms Higgins to police over whether her emotional speech outside court was in contempt in court.

‘I would have waited until the legal proceedings were finished. Having said that the trial would have been an extremely traumatic experience,’ he said.

‘If I had been in her team I would’ve been pushing as hard as I could for her not to say anything.

‘But in my view what she said wasn’t that prejudicial. From a contempt of court perspective, she is the only person who does not have to say alleged rape because any jury understanding her position is obviously that she was raped.’

The young political staffer had also said her life throughout the trial had been ‘publicly scrutinised’, while criticising the justice system. 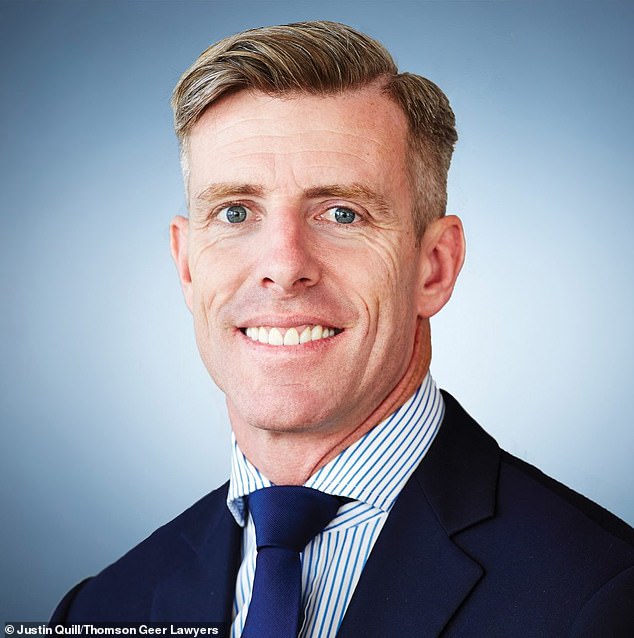 ‘When you’re analysing if the system works, you have to think this is not like other cases because here Ms Higgins can be identified,’ he said.

‘Normally alleged rape victims can’t be identified. But here Ms Higgins chose to give up her right to stay anonymous.’

On Thursday, Justice McCallum said she could not take the ‘risk’ with the jury after the forbidden documents were found.

‘It has come to my attention that one of you has undertaken research in relation to issues in the case and that material has entered the jury room which ought not to have,’ she told the court.

‘I have heard an explanation and it may be that no harm has been done but that is not a risk I can take. I have discharged that juror and I have to discharge you all.

‘Can I please convey to you my sincerest gratitude to the hard work you’ve done in this trial.

‘With those remarks, you’re discharged and you are free to leave.’

Another trial has been rescheduled for February. 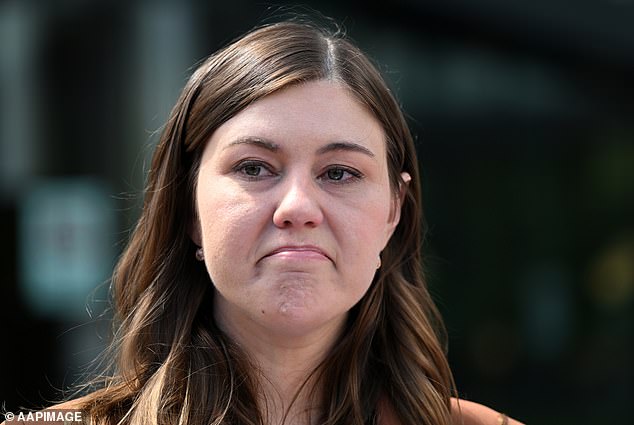