Lawyer’s wife divorced him while he was on holiday

A lawyer whose wife divorced him without his knowledge while he was on holiday in India has asked a judge to scrap the ruling.

Lawyer Raj Jandoo, who was Scotland’s first Asian advocate, said he returned from a three-month trip to learn his wife Nerinder Kaur, 49, had been granted a ‘quickie’ divorce.

Mr Jandoo, of Edinburgh, is now applying for the divorce to scrapped and have the couple declared as still legally married.

However, his former wife has already remarried, meaning she could be left open to accusations of bigamy if his case is successful.

The 60-year-old, who was once tipped to be Scotland’s first ethnic minority judge, says he has no interest in continuing the relationship but has insisted they have financial matters to sort out and a quickie divorce was not appropriate.

Following a hearing, judge Lord Woolman said he was minded to grant Mr Jandoo’s request but added matters were complicated by his wife having remarried.

He said cancelling the divorce would leave her in ‘legal limbo’ as she ‘cannot be married to two men at the same time’.

The judge has instead given the lawyer and his former wife three months to come to an agreement.

The court heard the couple met in 2010 through an online dating agency and married in December 2012.

Shortly before the marriage, Mr Jandoo transferred two neighbouring flats which he owned in Edinburgh into Miss Kaur’s name. They were worth £180,000 and £56,700.

He told the court he made these property transfers to show his ‘love and commitment to her’ but insisted they were not ‘outright gifts’ and he intended them to be part of the matrimonial assets.

The couple split within three months of their wedding day. 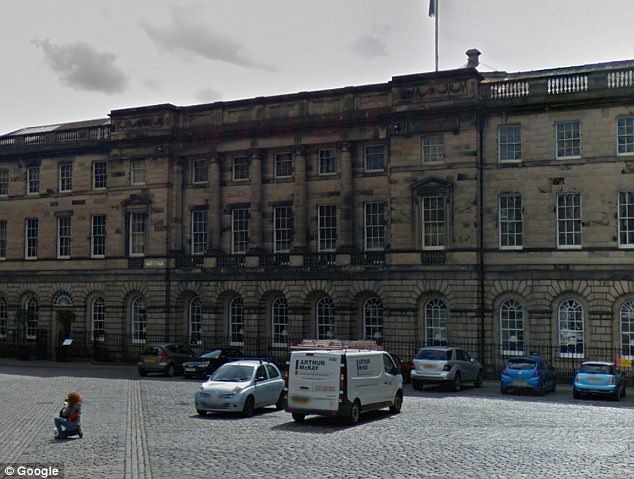 He took the case to Edinburgh’s Court of Session, pictured, said the divorce should be set aside, as he did not have a chance to contest it

Ms Kaur was granted a divorce in February 2016 at Dunfermline Sheriff Court while Mr Jandoo was in India.

He said he did not receive emails and letters about the case as he was out of the country and was unable to challenge the decision.

In a written ruling, Lord Woolman expressed sympathy with Mr Jandoo and said he had suffered ‘despair, distrust and desolation’ following the breakdown of his marriage.

He said: ‘The pursuer emphatically does not want to resume his marriage. Yet he seeks to set aside the decree.

‘He does so because he seeks an order for financial provision. He contends that there was a dispute about their finances at the time of the divorce. Accordingly the simplified procedure was not appropriate.

‘Further, he did not know that the action had been raised. If he had known, he would have taken steps to enter the process or to ensure that decree was not granted in absence.

The judge said he would find in favour of Mr Jandoo but gave them more time to reach an amicable agreement to avoid further legal complications.

In 2005 Mr Jandoo was was convicted in Stornoway of endangering an aircraft and frightening and alarming passengers by making references to a bomb during a flight to the Isle of Lewis. He was fined £2,500.

He also admitted two charges of breach of the peace in Edinburgh in 2013.

A further hearing in the case is due to take place in May.