The lead detective in the hunt for missing boy William Tyrrell has been removed from the case while he faces a misconduct investigation.

Detective Chief Inspector Gary Jubelin was kicked off Strike Force Rosann over allegations he used his phone as a recording device without a warrant.

William Tyrrell disappeared from his foster grandmother’s home in Kendall near Port Macquarie, on September 12, 2014, wearing his favourite Spiderman costume

He is also facing staff management allegations and was seen in a heated verbal argument with another member of the team in August.

‘A passion for the job is an imperative trait for a detective, robust workplace disagreements are not uncommon,’ police said at the time.

It was not clear whether the argument was related to any of the complaints against DCI Jubelin.

Next month’s inquest into William’s 2014 disappearance will still go ahead even without the investigation’s lead detective out of the picture.

‘The acting state coroner and counsel assisting have been briefed and the William Tyrrell inquest will proceed as planned,’ police said. 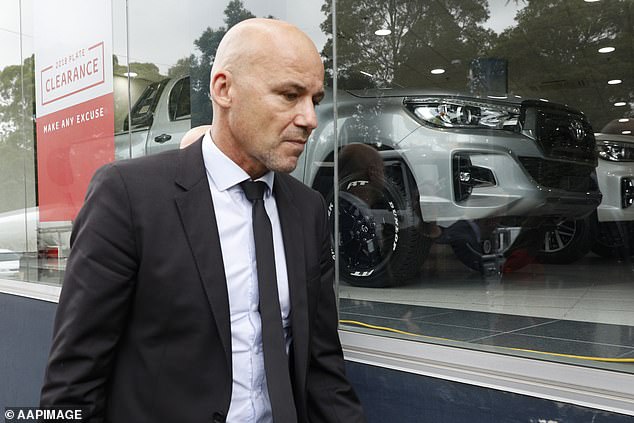 Detective Chief Inspector Gary Jubelin was kicked off Strike Force Rosann, which is looking for William, over allegations he used his phone as a recording device without a warrant

Three-year-old William vanished on September 12, 2014, and few leads have emerged as to who took him and where since then, despite a $1 million reward.

Detective Chief Inspector David Laidlaw has taken over as the lead investigator on the team, more than four years after William’s disappearance.

DCI Jubelin took over in early 2015 and last year led a new search of bushland near William’s foster grandmother’s home in Kendall near Port Macquarie.

‘I dare say that with the intense interest in William’s disappearance that someone watching this now might be feeling very uncomfortable… I’d suggest you come to us before we come to you,’ he said in June.