LEADING OFF: Price vs Verlander in duel of former Cy…

A look at what’s happening around baseball Saturday:

Two former Cy Young Award winners will face off when AL division leaders Boston and Houston continue their four-game series at Minute Maid Park. Left-hander David Price (5-4, 4.04 ERA) takes the hill for the East-leading Red Sox. The 2012 Cy Young winner is coming off a ho-hum outing in his last start, allowing two runs on four hits and four walks through five innings in an 8-3 win over Toronto on Monday. Verlander (7-2), who won the award in 2011, is a contender again with a major league-leading 1.11 ERA. He pitched into the seventh in his last start on Tuesday, allowing just run with five hits to the New York Yankees’ potent lineup in a 5-1 victory for the West-leading Astros.

Speaking of Cy Young candidates, Jacob deGrom (4-0, NL-best 1.52 ERA) is off to a nice start for the New York Mets, with 85 strikeouts over 65 1/3 innings. The right-hander has been a rock in a Mets rotation beset by injuries and inconsistency. DeGrom will make his sixth career start against the Cubs, with a 2-2 record and 3.99 ERA lifetime against Chicago.

Detroit Tigers first baseman Miguel Cabrera had an encouraging return from the disabled list on Friday, going 1 of 3 with a walk in a 5-2 win over the Toronto Blue Jays. Cabrera, who is hitting .323, went on the DL on May 4 with a strained hamstring, and his return was slowed by back stiffness during his recovery process. Cabrera is 3 of 14 (.214) lifetime against left-hander J.A. Happ (7-3, 3.89 ERA), who starts for Toronto.

The Washington Nationals will be keeping an eye on right-hander Stephen Strasburg who left the 4-2 loss on Friday to the Atlanta Braves after 6 2/3 innings with apparent discomfort in his left wrist. The right-handed Strasburg struck out Mike Foltynewicz, then stepped back, placed his glove on the mound and called for a trainer. Strasburg left the game flexing his left wrist after allowing seven hits and four runs while fanning 10.

The Nationals’ medical staff is also monitoring the progress of two key other key players on rehab assignments this weekend at Double-A Harrisburg. Outfielder Adam Eaton (left ankle) went 0 for 2 with a walk in his first game with the Senators on Friday. He has been out of the Nationals’ lineup since April 8. Second baseman Daniel Murphy is also on a rehab assignment in Harrisburg as he works his way back from offseason micro-fracture surgery on his right knee. Nationals manager Dave Martinez said Murphy will be reevaluated by team medical staff early next week to determine the next steps in his timetable. 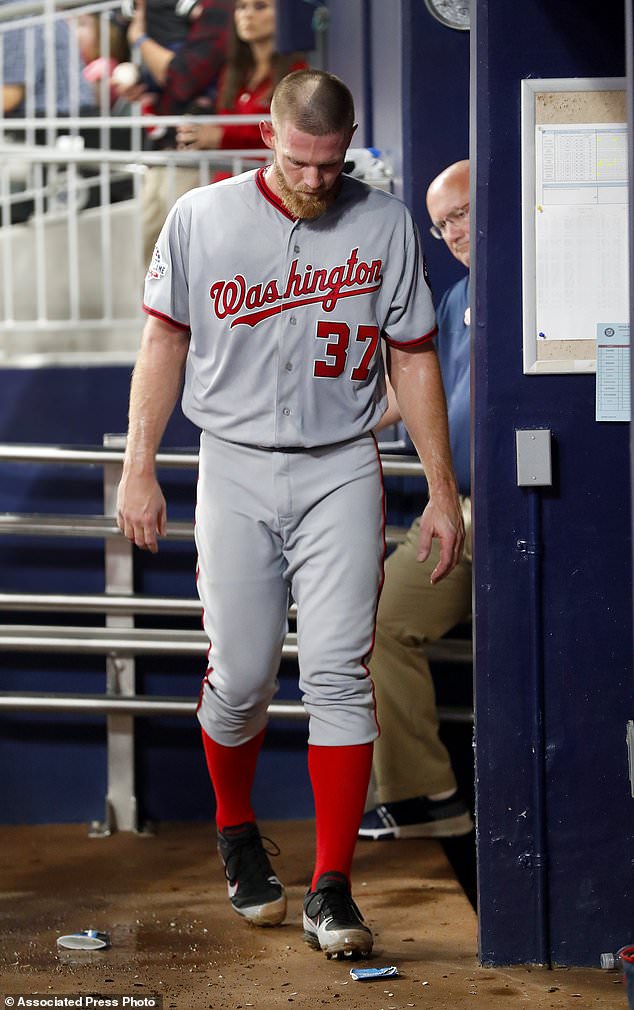 Washington Nationals starting pitcher Stephen Strasburg (37) walks in the dugout after leaving in the seventh inning of the team’s baseball game against the Atlanta Braves on Friday, June 1, 2018, in Atlanta. (AP Photo/John Bazemore) 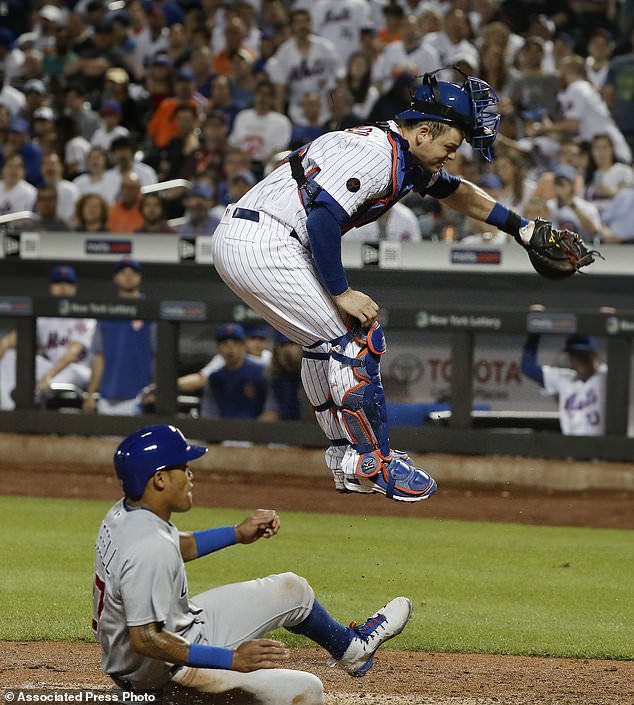 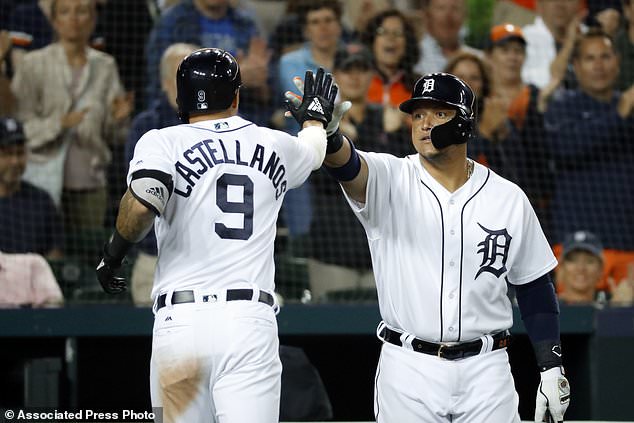