A leading surgeon punched a fellow doctor during a night out at a restaurant after he became enraged at an alcohol fuelled discussion mocking BBC reporter Laura Kuenssberg, it was claimed today.

Dr David Wilkinson MBE hit Dr Lawrence King about the head and knocked off his spectacles as they and other medical colleagues were engaged in a ‘vigorous debate’ over the TV political editor’s ‘lop-sided smile.’

Members of the group – who were on a lad’s holiday in Spain – had been drinking for up to eight hours and were said to have been bantering at the bar as to whether 42-year old Miss Kuenssberg was ‘attractive’ enough to work for the BBC due to her ‘asymmetrical face’ with Dr King allegedly suggesting she would look better ‘with a bag over her head.’ 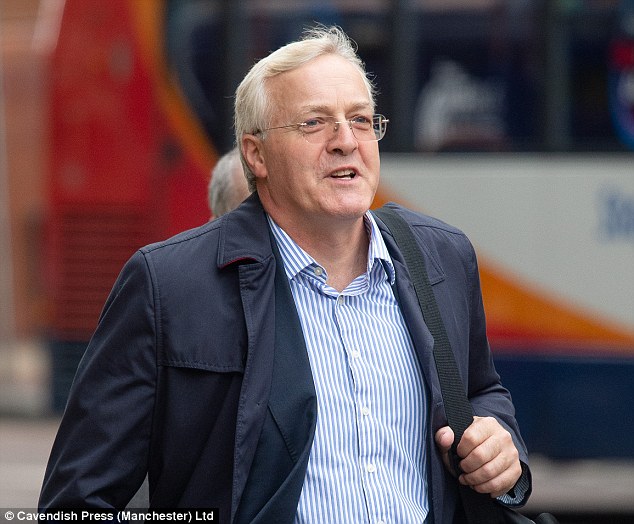 Dr Lawrence King, pictured, allegedly claimed Ms Kuenssberg would look better ‘with a bag over her head’, which provoked the angry response

Later as the debate intensified at the Peso Neto fusion eaterie in the Spanish port city of Bilbao, Dr Wilkinson, a 58-year old postgraduate dean for Health Education England in Yorkshire suddenly walked up to Dr King and hit him up to three times.

Dr King who is in his 50s suffered a gash behind his left ear following the 7.30pm incident on June 24 2017. His glasses were also broken during the incident.

At a medical tribunal in Manchester in which Miss Kuenssberg was referred to only as ‘L.K.’ Dr King said: ‘I remember looking at him and he looked angry but I am not sure why that anger was directed at me.

‘I just thought we were engaging in good natured conversation.’

The Medical Practitioners Tribunal Service in Manchester was told the two doctors had joined medical colleagues for a trip to Bilbao and had been drinking since 11am before ending up at the restaurant during the evening.

Dr King added: ‘We were in the company of people all day and had a bit of alcohol, it may have been one or two but not many more than that. I tried to intersperse alcoholic drinks with soft drinks.

‘We went to Peso Neto but I would not categorise it as a bar crawl and I do not believe I was drunk when the incident occurred. We were in group conversation, maybe in high spirits, but he got up, walked around the table, went behind me and I suspected something was going to happen.

‘I looked back and caught his fist in my open hand. He punched me a second time. I remember a heavy blow to the back on my head. I don’t have much recollection as to what happened after that. I then remember seeing my glasses broken in pieces on the floor. 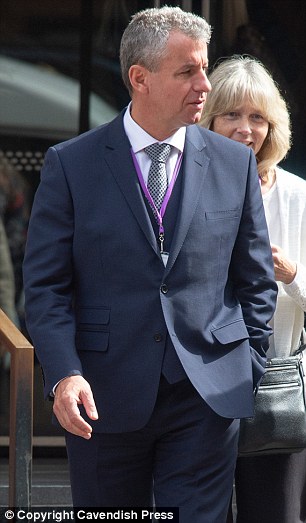 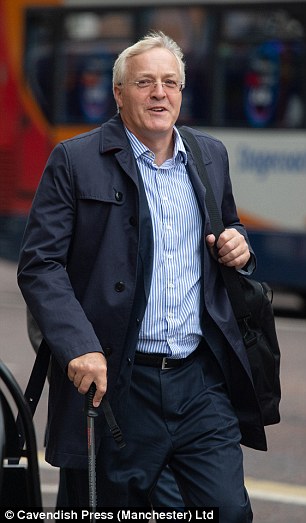 ‘Someone pointed out my head was bleeding from a gash behind my ear. There were two definite impacts, there was enough to cause injury.’

When asked whether he thought Miss Kuenssberg ‘wasn’t attractive enough’ to present the news, Dr King replied: ‘I do not recall that. All I remember saying was she had a lopsided smile.

‘I do not recall saying she was look better with a bag over her face. I did not say her opinions count less because of her looks.’

When asked about a text suggesting he had tried to ‘aggravate’ Mr Wilkinson, Dr King argued: ‘Aggravate him? To do what? ‘Assault someone by punching him in the head? I did not do that. I was not trying to get a rise out of him – I wouldn’t even say it was a heated debate.’

But an eye witness Dr Michael Scarland told the tribunal: ‘We were all drinking beer and we had around seven pints each before the bar where the incident happened. People were quite drunk and Dr King was drinking the same as everyone else.

‘Heated debates were happening around the group. We had a long debate about Brexit and this led to a conversation about Laura Kuenssberg. Someone said she was quite pretty and I mentioned that I didn’t agree. Lawrence said she would look better with a bag over her head, which annoyed David.

‘I thought Lawrence was going to back track when he said ‘you can’t put a bag over her head’ – but he then said: ‘you could cut a couple of holes in the bag so she could see’. They were disrespectful comments. David had gone round to him and said he was out of order. That was the first time they had had an altercation.

Dr Scarland added: ‘I thought David said something about his daughter maybe wanting to be a journalist. He walked around to confront Dr King but then it was dropped. Then 10 minutes later out of the blue, Lawrence brought up L.K again even though we had all dismissed it.

‘I felt that David was already unhappy with what had been said about L.K. He took it too far with the bag over the head and then brought it up a third time. He was saying she wasn’t pretty enough to be on TV. He didn’t hit him that hard but it did catch his temple.

‘There was only one punch. There were not a flurry of punches. He apologised a lot to Lawrence and the whole group. It was totally out of character. I have known him for 40 years – he is very upstanding, honest and reliable.’

Gynaecologist Dr Martin DeBono said: ‘We started around 11am. We went to around 5 bars and had been drinking beers for the day. I would make the reasonable assumption that we were all drunk. There was vigorous banter between King and Wilkinson from the first bar. It carried on throughout the day.

‘In the first bar we were talking about education, as David has a significant role in education. Dr King was challenging a lot of his stances on education and it was a bit argumentative. It went beyond a good natured argument and he was condescending to his stances. I would summarise that Dr King was trying to aggravate him.

‘I remember we were having a conversation about L.K and it was a conversation that was ridiculing her. The conversation was very loud and vigorous. He (Dr King) said she should have a bag over her head. It was talked about for 5-10 minutes and the incident took me by surprise. 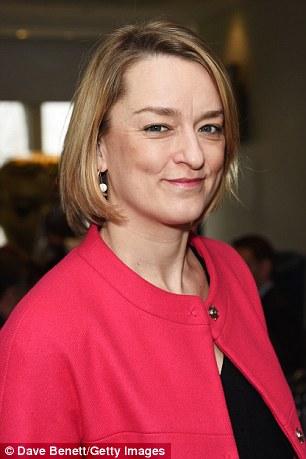 ‘There was definitely only one punch and it happened in a split second. We have known each other for 39 years. He is a good friend and an exceeding doctor. He has a tremendous amount of knowledge for education in Yorkshire. He is not a violent man. He has strong opinions but is a very good friend to have. He is honest. In my presence he apologised on two occasions.

‘One was directly to Dr King in which he repeatedly apologised and showed a lot of remorse. The second was pretty soon after he come back, we were walking away from the bar and he apologised to me and was absolutely gutted and remorseful. He was exceedingly embarrassed and kept saying he had let the side down.’

Another medic Dr Andrew Smith told the hearing: ‘Dr King was drinking from the same time as everyone else and I don’t remember any soft drinks being bought. Everyone was quite drunk. I have known David for 39 years. He is very honest and upright, and has never shown any violence to anyone. He apologised to the group. He was very embarrassed by how he acted.’

Earlier Emma Gilsenan, lawyer for the General Medical Council told the hearing: ‘They had been involved in a trip to Spain and had been in a bar drinking. They had been having discussions, and a political TV reporter was being spoken about, saying she had a lopsided smile and her face looked asymmetrical.

‘He walked round and punched him on the head. He struck once with his open hand. He did it again and his glasses fell off. Three punches caused his glasses to break and he had a cut on his head. He remembers being shocked and surprised. He had a cut to his left temple and he touched his head and felt blood.

‘An apology was offered a short time after incident. Dr Wilkinson was full of remorse and could not understand how he lost control like this. It was out of character. They had consumed quite a lot of alcohol and it was said they were having vigorous banter.

‘Mr King said something he didn’t like, so the discussion got heated between the two. It was said he was making derogatory comments about the political journalist.’

Prof Wendy Reid, Health Education England’s Director of Education who spoke to Wilkinson on his return to the UK told the hearing: ‘He told me that alcohol was involved in his actions and he told me how distressed and mortified he was about it all. He had an argument with Dr King as thought he was making comments about this daughter.

‘He was constantly reiterating how upset and disappointed he was. He has been receiving coaching into reflecting on this incident. I’d rather he hadn’t done it but I think he has reflected and think some of his reflection has really helped to tell what happened. I have no concerns with him dealing with criticism at his work. He understands what affect this has had on his work.’

Dr Wilkinson graduated from medical school in Leeds in 1984 and previously worked at Bradford Teaching Hospitals NHS Foundation Trust for more than 20 years. In 1995 he became a consultant general and vascular surgeon and is currently a specialist vascular surgeon with an interest in the management of critical limb ischaemia and vascular access surgery.

Dr Wilkinson took up the post of postgraduate dean within the former Yorkshire and Humber Postgraduate Deanery in 2012.

He admits punching Dr King and is facing a hearing to determine whether he is guilty of misconduct. The tribunal continues.