By Matt Hughes and Adam Shergold for MailOnline

League Two club Crawley Town have suspended manager John Yems amid ‘serious and credible accusations’ that he used racist language towards several of his players this season.

As reported by Sportsmail on Friday night, Yems, 62, is under investigation by the Football Association over the allegations.

A group of Crawley players raised issues regarding Yems’ conduct and alleged use of offensive language, with their unhappiness initially flagged to the Professional Footballers’ Association and then passed on to the FA.

The matter is now being investigated by the FA’s disciplinary department, who are deciding whether to charge Yems with a breach of rule E3 which prohibits discrimination against another individual’s protected characteristics such as race, colour, religion, sexual orientation or disability.

And now Crawley have suspended Yems indefinitely ahead of Saturday’s trip to Mansfield Town. 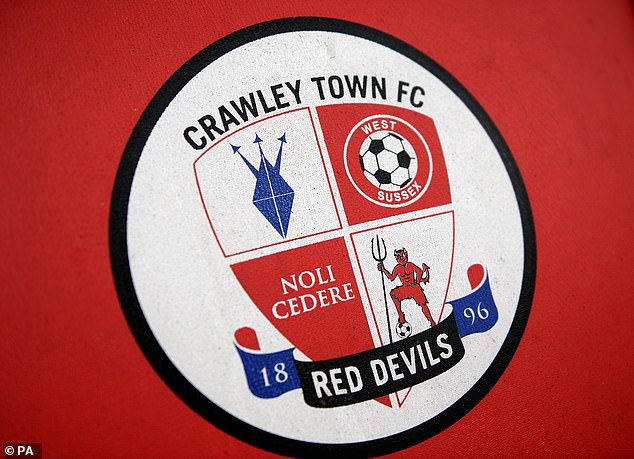 ‘We take these allegations seriously and, effective immediately, have suspended him indefinitely as we investigate and consider further punitive action.

‘Let us be clear: Crawley Town Football Club stands behind our players, employees and supporters, and we will never tolerate racism or discrimination of any kind.’

Yems has managed the West Sussex club since December 2019 and they are currently 12th in League Two.