LeBron James admits he STILL has ‘the itch’ to play in the NFL despite being 37 years old!

NBA star LeBron James admits he STILL has ‘the itch’ to play in the NFL despite turning down contract offers from the Dallas Cowboys and Seattle Seahawks… and being 37 years old!

LeBron James has once again breathed life into the seemingly never-ending storyline of him making a run at the NFL during the Thursday Night Football broadcast.

James has long been an admirer of football, both at the college and pro level, and revealed he still has ‘an itch’ to play in the National Football League.

Having not played the sport since his high school days at St. Vincent-St. Mary and being 37 years old would all count against The King.

Though that did not stop him thinking about what could’ve and indeed could be during a special episode of The Shop on TNF.

‘You still got that itch to play?’ James’s business manager Maverick Carter asked. 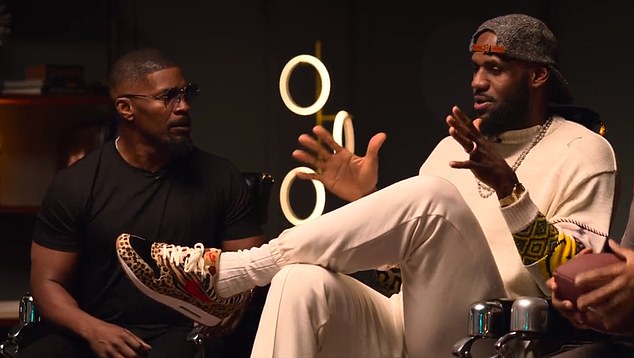 ‘Yeah, yeah, I still got the itch to play,’ James replied emphatically. ‘I got the itch, man.’

When quizzed as to what position he would play by guest and entertainer extraordinaire, Jamie Foxx, James named the wideout room as his most likely home.

James may have missed his window to the league but he has had opportunities to grace the gridiron. 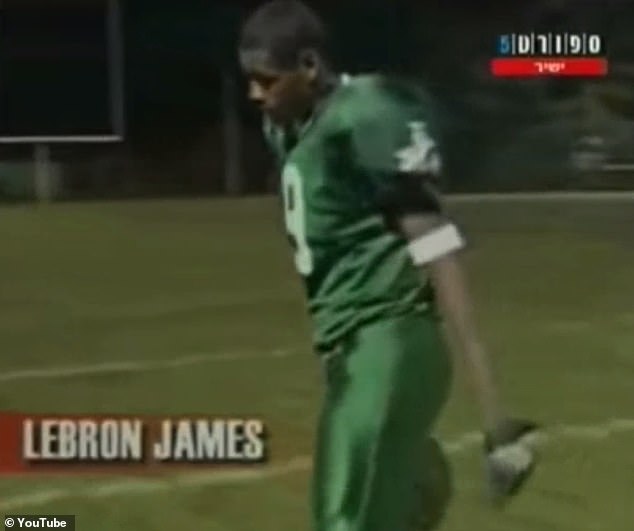 James was considered a standout player for his high school team, St. Vincent-St. Mary in OH.

During the 2011 NBA lockout, James was courted by a litany of NFL teams, which he confirmed during a MNF broadcast last year.

The Dallas Cowboys and Seattle Seahawks both offered James a contract during the basketball sabbatical.

‘That’s true,’ James told Peyton and Eli Manning. ‘Jerry Jones offered me a contract and so did Pete Carroll in Seattle during our lockout time. 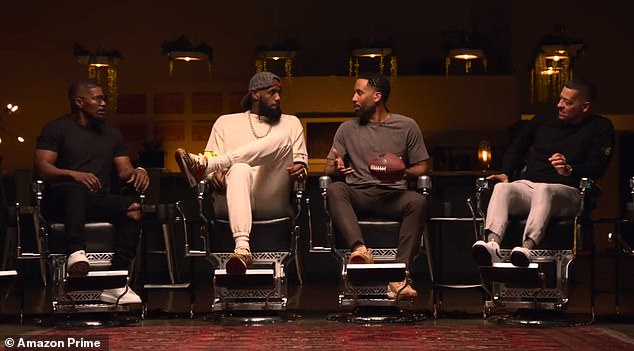 ‘It definitely got my blood flowing again, my mind racing again thinking about the game of football, being out there on Sundays.

‘We was able to get a deal done in the NBA and I was back on the court in no time. But I definitely thought about it.

‘I’ve still got the jersey Jerry and Pete Carroll sent me from 2011!’