Brown was diagnosed with Stage 4 pancreatic cancer at the beginning of 2021, but he came back to assist in the league’s replay center last season, according to multiple media reports.

Brown officiated 1,110 regular-season games and 35 playoff games in 20 seasons as an NBA staff official. He first worked the NBA Finals during the 2019-20 season, when LeBron James and the Lakers took down the Miami Heat 4-2.

James replied to the news on Twitter, writing, ‘R.I.P. Tony man!! Great ref but greater dude! Loved when I ran on the court for warmups and he would be on the game that night! Your smile & laugh will be missed tremendously here in our sport!’

‘We are and have been sustained by the consistent outpouring of love and support through this journey in developing strength, acceptance and peace,’ she said. 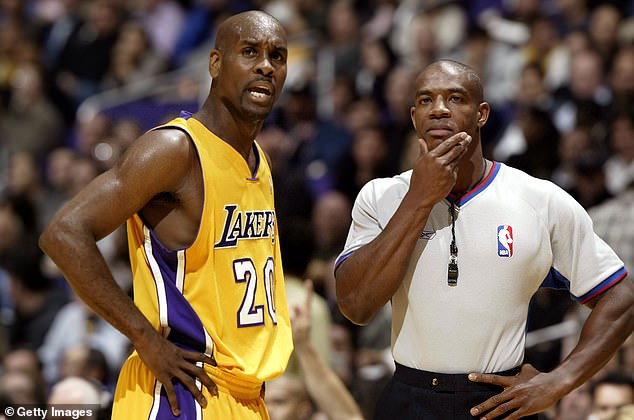 Brown is seen with Gary Payton of the Lakers in 2003, as Los Angeles played the Raptors 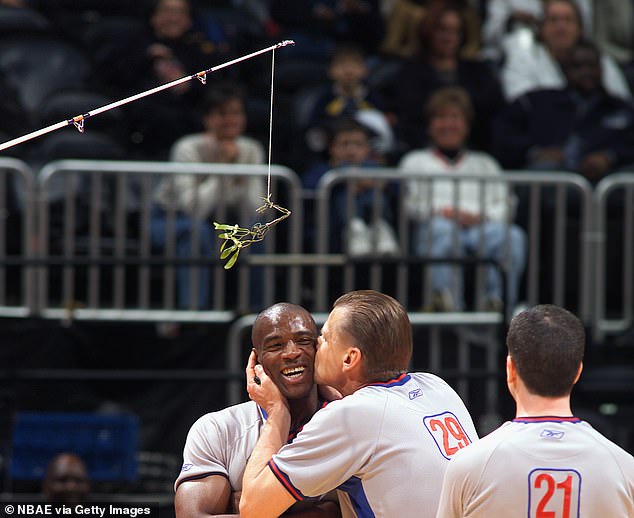 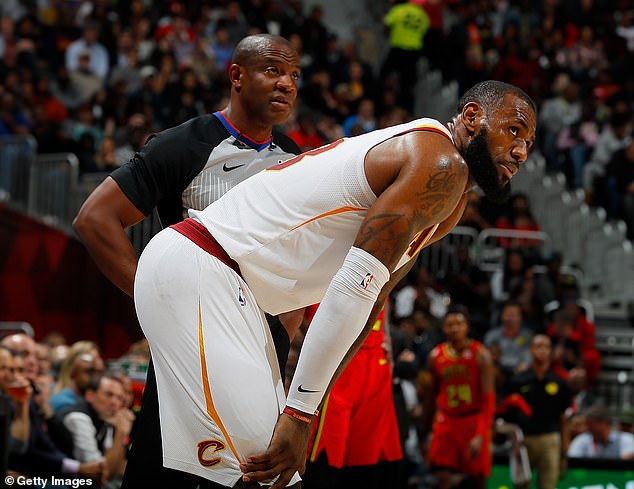 ‘We ask that you join us in that spirit as we prepare to celebrate Tony’s life. Our biggest thank you to our village of family and friends, near and far, old and new. Your love is immeasurable.’

Brown was able to return to work last year after more than a dozen rounds of intense chemotherapy, and spoke about his battle with cancer earlier this year.

‘I haven’t had time to sit around and be like ‘Why me?’ or ‘What am I going to do?’ he told The Associated Press. ‘Me not fighting would have made me feel like I was letting people down. Brown, seen here in 2021, first worked the NBA Finals between the Lakers and Heat in 2020 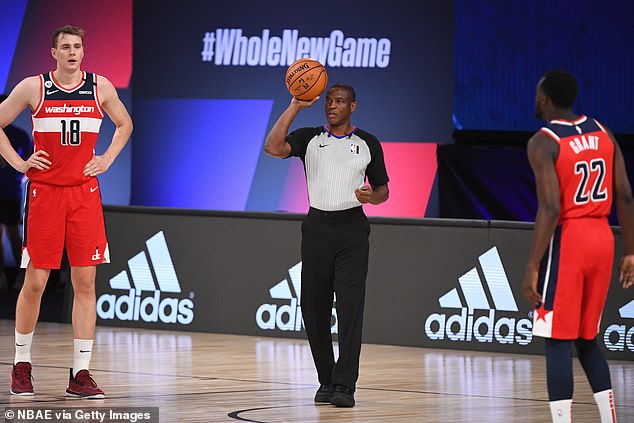 Brown refereed during the NBA’s bubble pandemic restart, where all teams played in Orlando 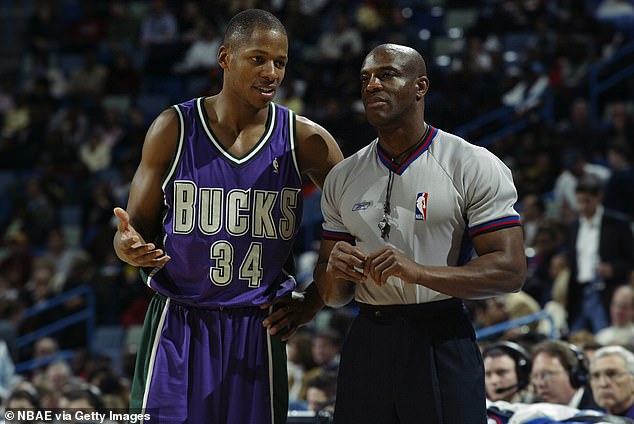 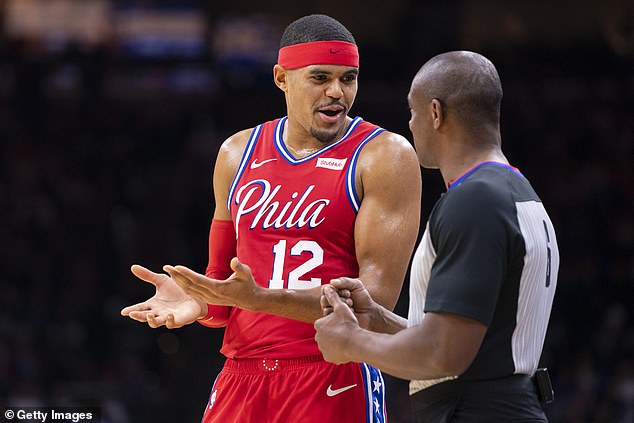 Brown talks with the Sixers’ Tobias Harris in 2019, as Philadelphia took on the Heat

‘What kind of example was I going to be to my kids if I just laid in this bed and let it overtake me? I had to show my kids that there’s nothing in life that you can’t challenge and overcome if you have a positive mindset.’

According to the NBA announcement, Brown was surrounded by family, friends and fellow officials when he died.

A talented high school basketball player, Brown accepted a scholarship to Florida A&M before eventually deciding to transfer to what was then called Clark College — now Clark Atlanta University (where he played without a scholarship).

In the final days of his life, Brown’s family and friends worked feverishly to fund a scholarship for Clark Atlanta players in the days before his death. Earlier this month, some Clark Atlanta players visited Brown in hospice and presented him with a jersey as a thank-you for his efforts.

NBA commissioner Adam Silver called Brown ‘one of the most accomplished referees in the NBA and an inspiration to his colleagues.’ 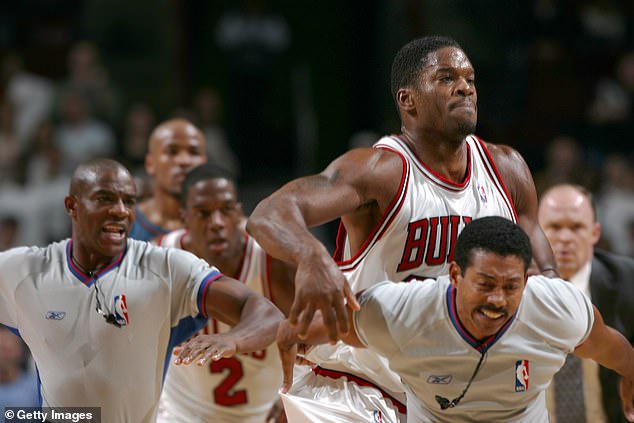 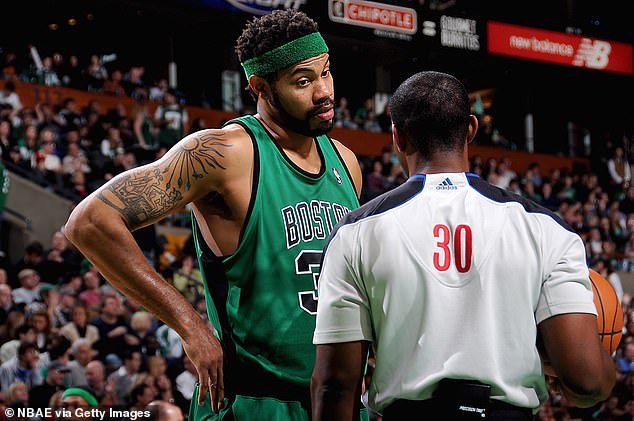 Rasheed Wallace listens to Brown during a game in 2009, as the Celtics played the Raptors 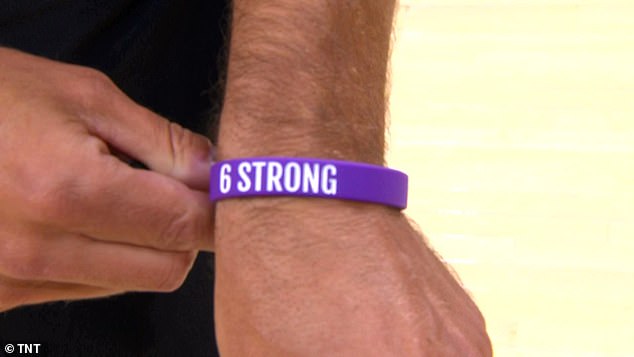 Silver added, ‘After his pancreatic cancer diagnosis early last year, Tony fought courageously through countless rounds of treatment to return to work this past season at the NBA Replay Center, demonstrating the dedication, determination and passion that made him such a highly respected official for 20 years.’

‘Rest in peace to veteran NBA referee Tony Brown! Thank you for everything you did for the game,’ he said. Sending prayers to the entire Brown family!’

Officials for the Bucks-Sixers game on Thursday wore wristbands with the words ‘6 STRONG’ on them in a nod to Brown’s referee jersey number.