The LA Lakers are in mourning after the death of their former teammate Kobe Bryant in a helicopter crash on Sunday morning.

The Lakers NBA team were heading back to Los Angeles from Philadelphia when word of the tragic news reached them.

Upon landing at LAX, the players were seen to be visibly upset and in complete shock as they got off their plane.

LA Lakers teammates can be seen in tears after learning about the death of Kober Bryant. One person could be seen resting their head on a parked vehicle 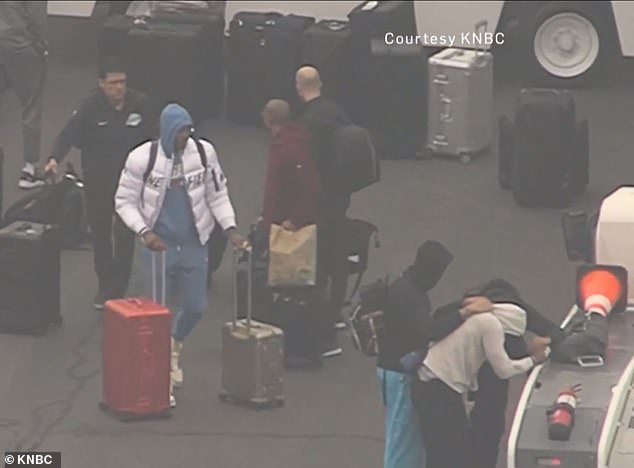 LeBron James, pictured in the grey hoodie, far right, can be seen crying over the death of his close friend, Kobe Bryant, as he is comforted by other teammates who huddle around him 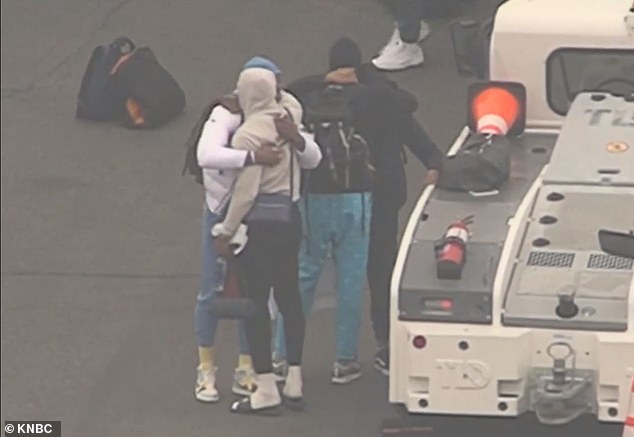 An emotional LeBron James could be seen hugging a woman before walking off on his own and pulling out a tissue to wipe away tears.

Bryant’s sudden death came just one day after LeBron passed him on the all-time scoring list.

‘Continuing to move the game forward @KingJames,’ the 41-year-old tweeted just hours before the fatal crash. ‘Much respect my brother #33644.’ Bryant tweeted in his final post on social media.

LeBron looked up to Bryant throughout his childhood and career. 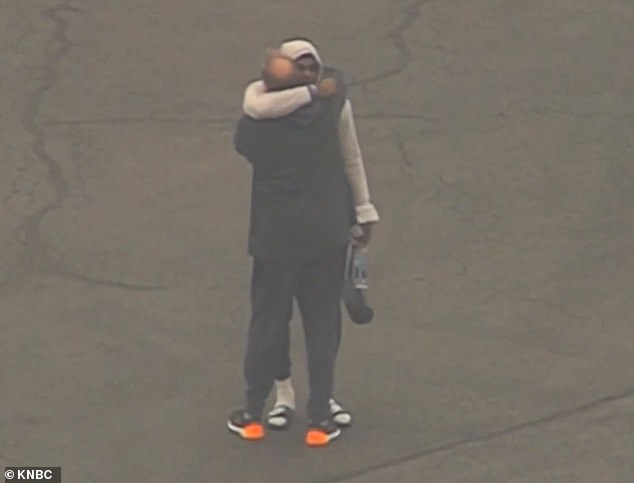 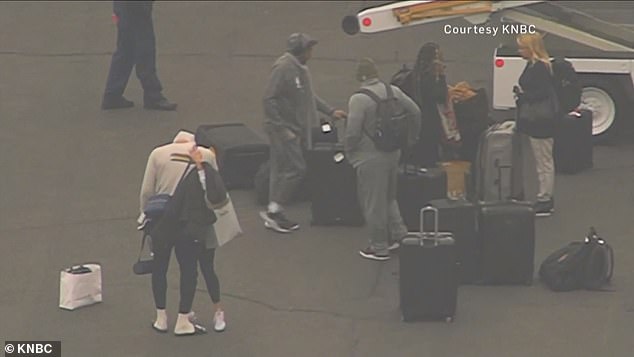 James, pictured left, can be seen embracing another official as he got off the plane in LA 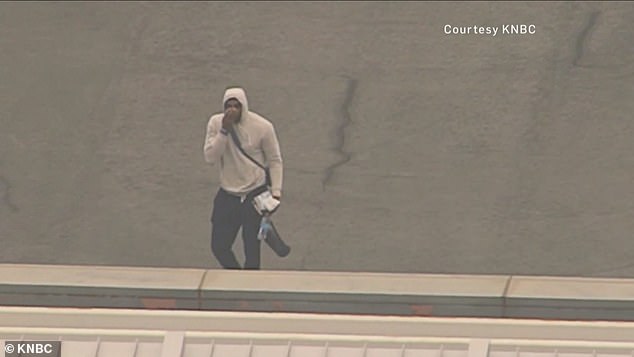 As the camera zoomed in, James could be clearly seen wiping away tears with a tissue 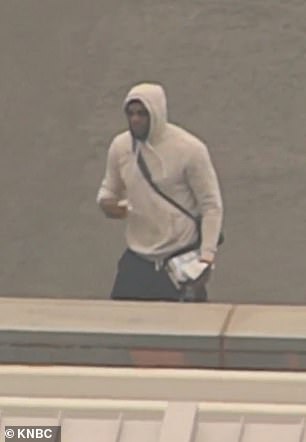 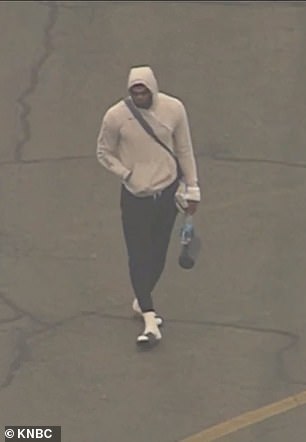 ‘Seeing him come straight out of high school, he is someone that I used as inspiration,’ he told ESPN. ‘I used it as motivation. He helped me before he even knew of me because of what he was able to do.’

The crash occurred at around 10am on Sunday morning as the Lakers legend’s helicopter plowed into a hillside in Calabasas, California killing nine passengers on board including Bryant’s 13-year-old daughter, Gianna.

According to TMZ, the paid were on their way to Mamba Academy for a basketball practice near the Thousand Oaks area of Los Angeles.

Emergency personnel responded, but none of the nine people on board the aircraft survived, a spokesperson for the Los Angeles County Sheriff’s Office said during a press conference on Sunday. 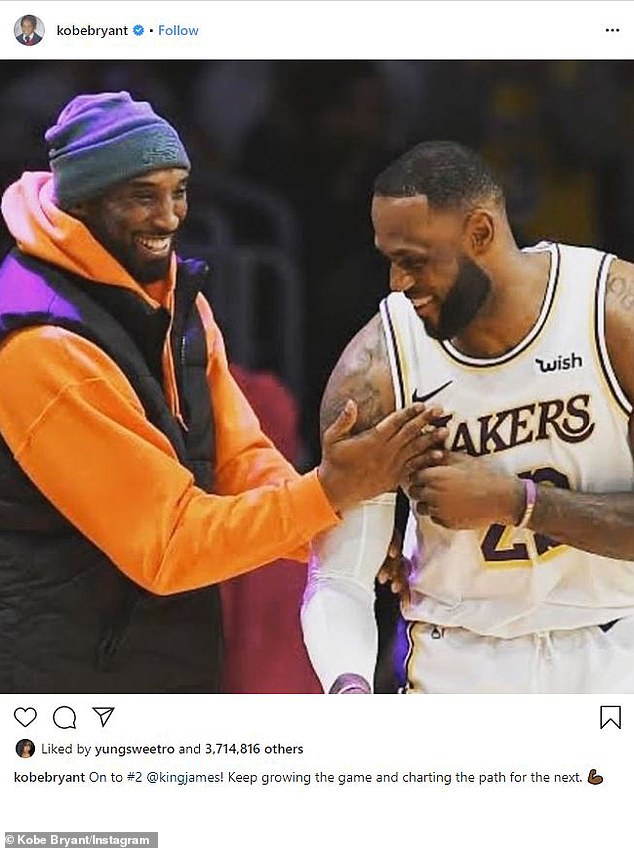 Best in the business: The legendary basketball player took to social media hours before his death to celebrate Lebron James surpassing him to earn the No. 2 All-Time Top Scorer title