LeBron James has played the entire 48 minutes of Game 7 of the Conference Finals, scoring 35 points to carry the Cleveland Cavaliers to the NBA Finals.

The Cavaliers defeated the Boston Celtics 87-79 on Sunday to take the Eastern Conference title, and will now face either the Houston Rockets or the Golden State Warriors in the NBA Finals.

It will be the Cavaliers’ fourth consecutive appearance in the finals and James’ eighth in a row.

‘We’ve been counted out for a long time this season,’ James, 33, said in a televised post-game interview, dripping sweat and visibly exhausted. ‘For me to be able to lead these guys is a treat.’ 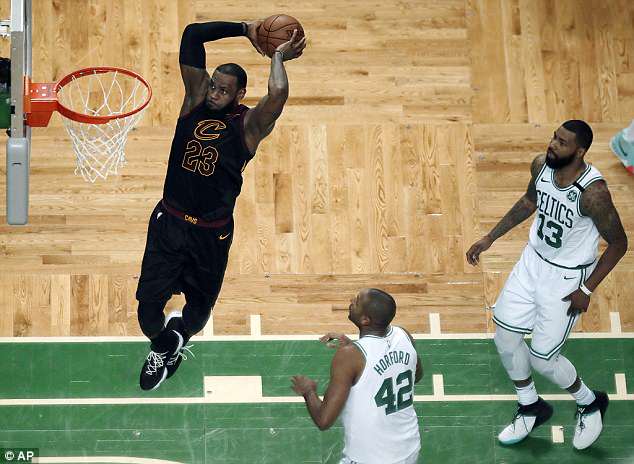 James scored 35 points with 15 rebounds and nine assists. The Las Vegas over/under on his point total for Game 7 had been 38, the highest of his career.

It was the first time in the postseason he played without a substitution, surpassing his 47 minutes of playing time in an overtime win against the Toronto Raptors in Game 1 of the second round.

The Celtics led 43-39 at the half, and remained within single digits of the Cavaliers for most of the second half.

Cavs fans lamented on Twitter that James appeared to be carrying the team single-handed at times without forward Kevin Love, who missed Game 7 with a concussion.

Love’s replacement starter, Jeff Green, scored 19 points with eight rebounds and one assist. The other three starters combined for 28 points and the bench added five.

‘The Cavs are a living experiment in how many terrible players you can put around LeBron before he can’t make the finals,’ one Twitter user wrote. 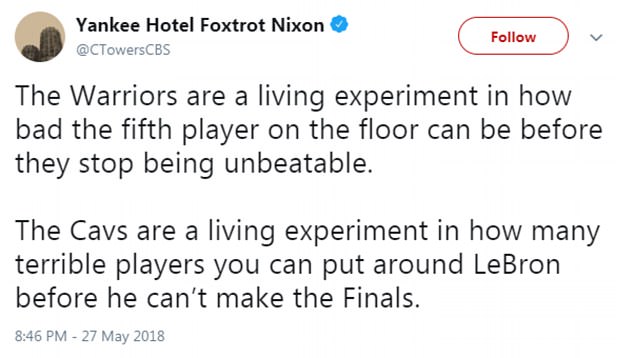 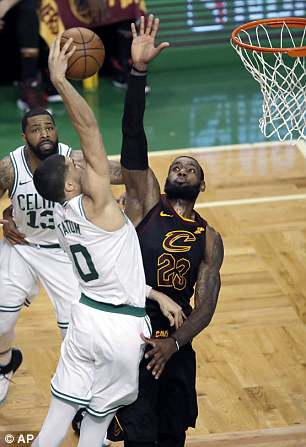 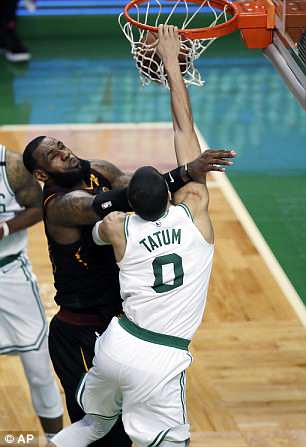 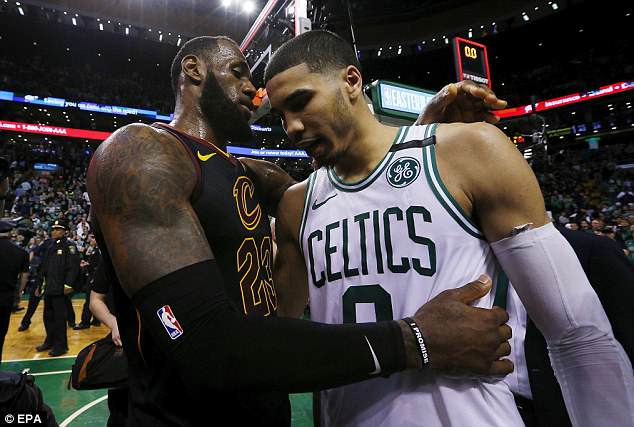 The game seemed to break open for the Cavaliers after James’ young rival Jason Tatum dunked right over him, roaring and chest bumping James afterwards.

James scowled at Tatum for several seconds at the Celtics rookie ran back down the court before seeming to get a second wind and roaring back into action.

Tatum scored 24 for Boston, which had been looking to return to the NBA Finals for the first time since 2010.

The NBA Finals begin Thursday at either Houston or Golden State. The Rockets host the seventh game of the West finals on Monday night. 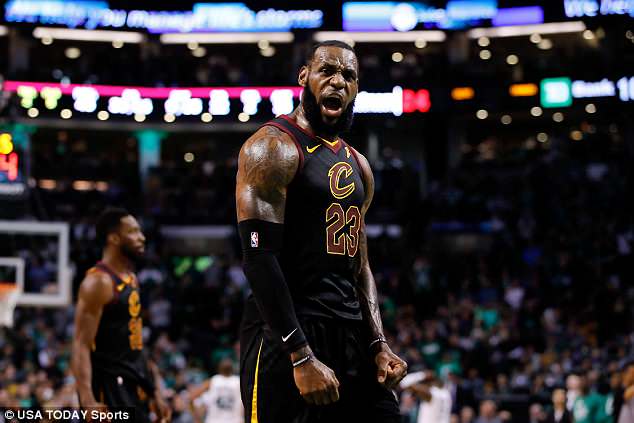 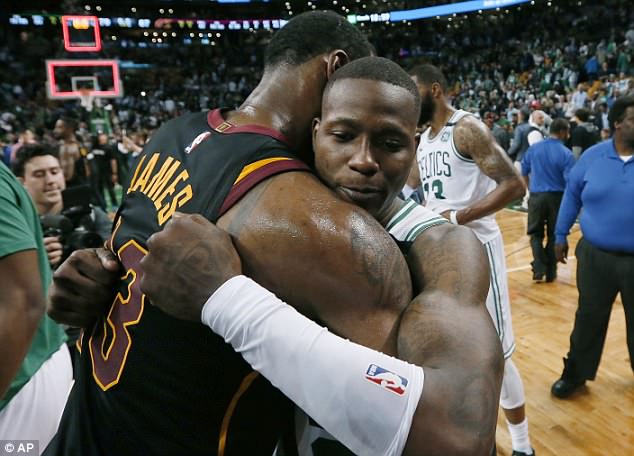