LeBron James has revealed he will not wear a social justice message on the back of his jersey when the NBA season gets back underway.

The Los Angeles Lakers are scheduled to open the season restart on July 30 against their city rivals the Clippers near Orlando, Florida.

The NBA will allow players to have a message on the back of their jerseys instead of their last name, but James has revealed none of the approved phrases appealed to him. 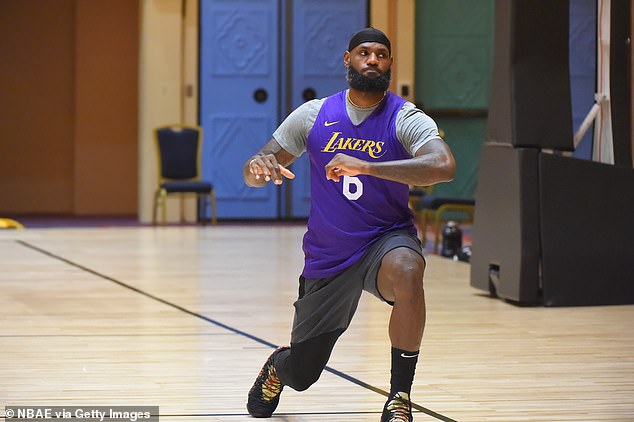 ‘I don’t need to have something on the back of my jersey for people to understand my mission or know what I’m about and what I’m here to do,’ James said.

‘It was no disrespect to the list that was handed out to all the players. I commend anyone that decides to put something on the back of their jersey.

‘It’s just something that didn’t really seriously resonate with my mission, with my goal.

‘I would have loved to have a say-so on what would have went on the back of my jersey. I had a couple things in mind, but I wasn’t part of that process, which is OK. I’m absolutely OK with that.’ 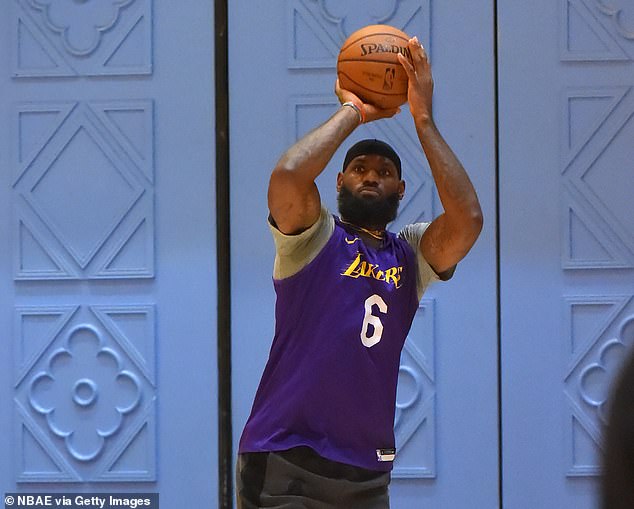 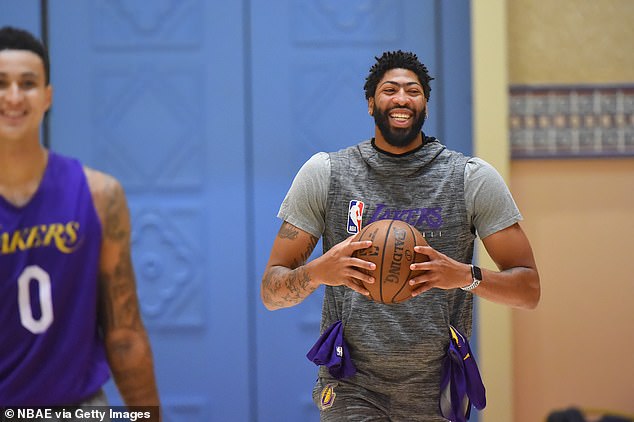 Among the phrases reportedly agreed upon by the NBA and the NBA Players Association include: Black Lives Matter, Say Their Names, I Can’t Breathe and Respect Us.

The comments from the Lakers star came as he took part in training for the first time with his team-mates including Anthony Davis and Kyle Kuzma in the NBA ‘bubble’ at Disney World.

James will therefore continue his quest for a fourth NBA title, with the Lakers flying before the outbreak of the coronavirus pandemic brought a halt to proceedings. 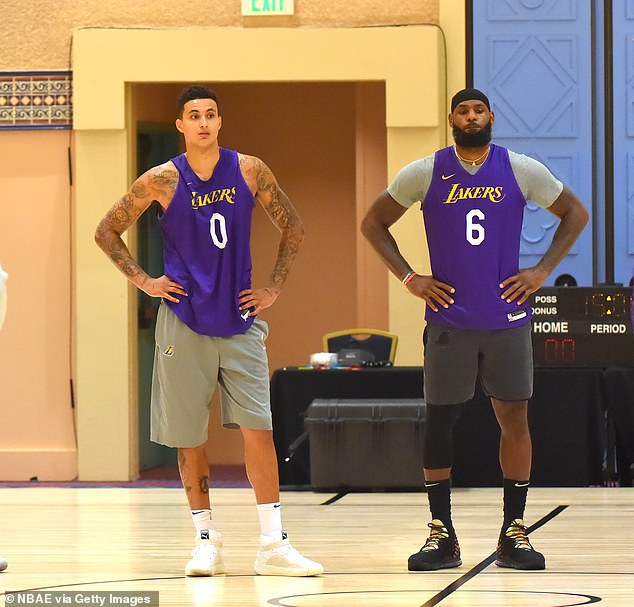 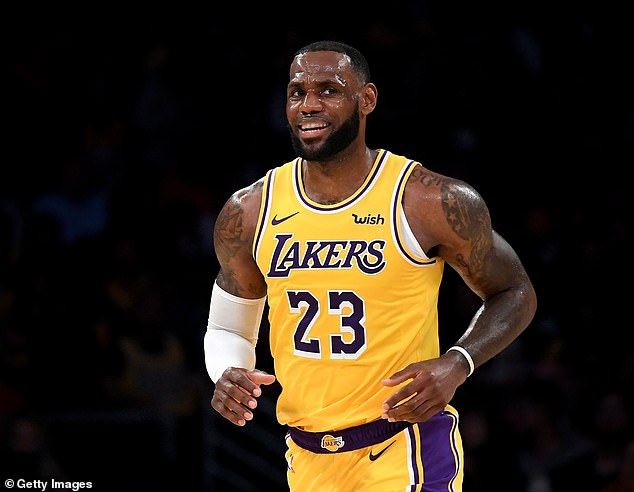