In the wake of several reports detailing the FBI and Justice Department’s ongoing investigation into corruption within college basketball, Cleveland Cavaliers forward and four-time league MVP LeBron James referred to the NCAA as a ‘corrupt’ organization, adding that the NBA should develop its own minor league so that it could become a practical alternative for high school recruits.

James, of course, never played college basketball, instead becoming one of the last players to jump straight to the NBA before the league instituted its controversial ‘one and done’ rule, requiring players to be at least a year removed from high school before declaring for the draft.

LeBron James never played in college, but he knows enough about the NCAA to call it ‘corrupt’

But even though James first considered jumping to the NBA as a high school junior, he was still in a position to receive enticing offers from colleges, coaches, boosters, and the like.

‘I can’t even talk about that, man,’ James said. ‘Me and my mom was poor, I’ll tell you that, and they expected me to step foot on a college campus and not to go to the NBA? We weren’t going to be poor for long, I’ll tell you that. That’s a fact.’

To James, the college scholarships offered to top players are not proper compensation for athletes who support a billion dollar industry.

While coaches and broadcasters pocket millions off the sport, players often find themselves without cash because their schedules don’t allow for part-time work.

‘I know how much these college coaches get paid. I know how much these colleges are gaining off these kids,’ he said. ‘I’ve always heard the narrative that they get a free education, but you guys are not bringing me on campus to get an education, you guys are bringing me on it to help you get to a Final Four or to a national championship, so it’s just a weird thing.’ 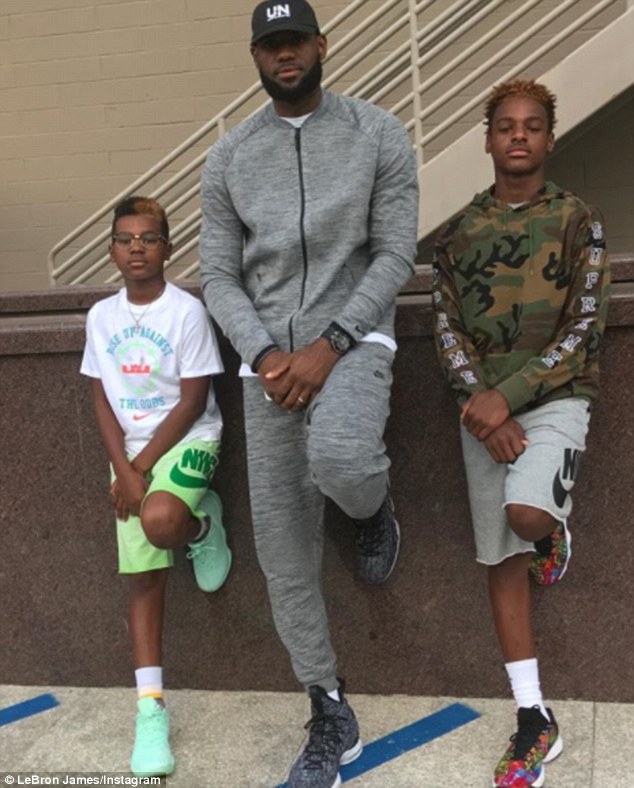 LeBron James’s sons LeBron Jr. (right),13, and 10-year-old Bryce (left) are already being touted as potential college basketball players but James is not sure they’ll play in the NCAA

The NBA G League is set to expand to 27 teams for the 2018-19 season, and to James, that presents an opportunity for top teenagers to develop their skills before they arrive in the NBA.

As James sees it, players who aren’t interested in college would be better served by learning about the NBA in the G League.

He even cited Argentinian soccer star Lionel Messi, who was able to sign with a professional team, Barcelona, as a 13-year-old so he could be developed on their youth team before debuting in Spain’s top league.

‘I think it’s a cool thing how they do that over there,’ James said. ‘They have a system in place that maybe we can copycat. I don’t know. We’ll see.’

While James did not play college basketball, his sons LeBron Jr.,13, and 10-year-old Bryce are already getting attention for their ability on the court.

James can obviously afford to pay tuition for his sons whenever they decide to go to college. So if they were to try to play in the NBA, he’d consider helping them develop outside of the NCAA be it in the NBA G League or somewhere overseas.

‘I’ve got a couple boys that could be headed in that direction, so there’s going to be some decisions that we as a family have to make,’ he said. But I know as the NBA we have to figure out a way that we can shore up our farm league and if kids feel like they don’t want to be a part of that NCAA program, then we have something here for them to be able to jump back on and not have to worry about going overseas all the time I guess.’

Friday’s Yahoo Sports report detailed a number of major and minor NCAA violations allegedly committed by players at top schools. ESPN followed on Saturday with a report that Arizona coach Sean Miller had allegedly discussed paying freshman center Deandre Ayton $100,000 in exchange for his commitment to the school.

The revelations were contained in court documents filed in the FBI and Justice Department’s ongoing investigation into corruption and bribery within college basketball. However, the vast majority of the violations appeared to be relatively minor, like Michigan State star Miles Bridges’s family accepting a $70 lunch and $400 cash advance from an agent. 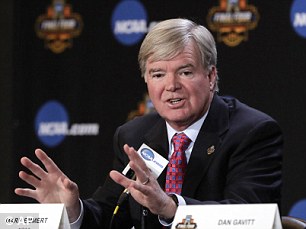 NCAA president Mark Emmert released a statement on Friday in response to the Yahoo Sports report, but did not suggest the organization could change its rules regarding amateurism that prohibit players from accepting improper gifts.

‘These allegations, if true, point to systematic failures that must be fixed and fixed now if we want college sports in America, said Emmert. ‘Simply put, people who engage in this kind of behavior have no place in college sports. They are an affront to all those who play by the rules,’ the statement read.

‘Following the Southern District of New York’s indictments last year, the NCAA Board of Governors and I formed the independent Commission on College Basketball, chaired by Condoleezza Rice, to provide recommendations on how to clean up the sport,’ he continued.

‘With these latest allegations, it’s clear this work is more important now than ever. The Board and I are completely committed to making transformational changes to the game and ensuring all involved in college basketball do so with integrity. We also will continue to cooperate with the efforts of federal prosecutors to identify and punish the unscrupulous parties seeking to exploit the system through criminal acts.’ 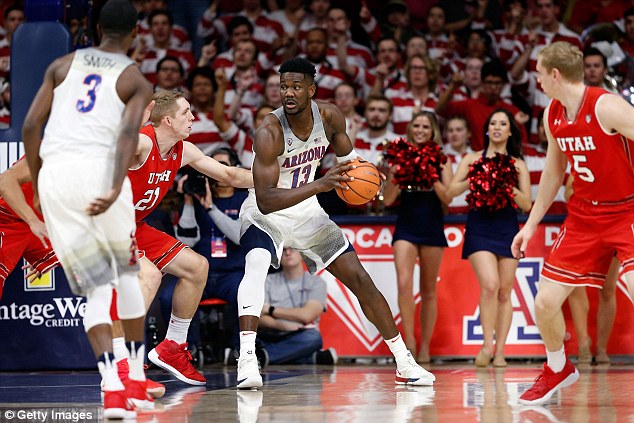