Lee Rigby’s mother has finally found peace after moving to the countryside four years after her soldier son was killed in the street by terrorists.

Lyn, 51, has taken solace in her new home after years of harrowing memories of Lee’s death in the street at the hands of Islamic State terrorists four years ago.

At her lowest ebb, she wanted to end her own life after being unable to escape the horrific thoughts of her son’s final moments in in Woolwich, London.

But this year she will spend Christmas Day surrounded by her family in their home, which is near Lee Rigby Lodge in Staffordshire – the foundation she founded in her son’s name.

She plans to cook Christmas dinner for the first time in four years with fond memories of Lee’s last Christmas in 2012 close to the family’s hearts.

Lyn, 51, pictured with her husband Ian, has taken solace in her new home after years of harrowing memories of Lee’s death in the street at the hands of Islamic State terrorists 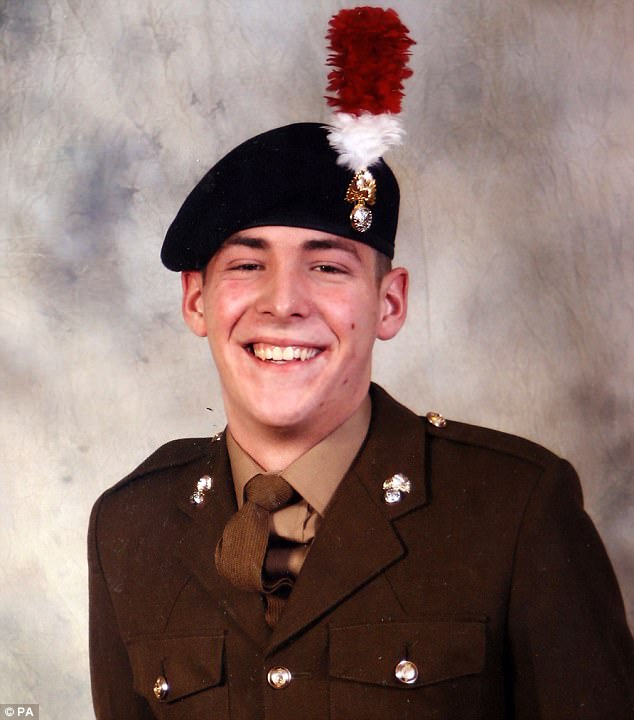 Fusilier Lee Rigby, pictured, was killed in the street in Woolwich, London, by Islamic State terrorists four years ago

Husband Ian, younger daughters Courtney and Amy and her elder daughter Chelsea and her partner James will join the celebrations.

Lyn told the Mirror: ‘I still miss Lee terribly but I feel closer to him than ever before in our new home.

‘I can feel his spirit and his love so strongly and it brings me so much comfort knowing he is with me still.

‘The last four years of grief have been horrendous but everything changed the moment we moved to our new home a few weeks ago.’

Lee Rigby Lodge has been jointly funded by the Lee Rigby Foundation and former wrestling star Kendo Nagasaki, who was moved by the Fusilier’s story.

The private estate offers a peaceful place for military families who have lost a loved one – as well as veterans experiencing the effects of PTSD. 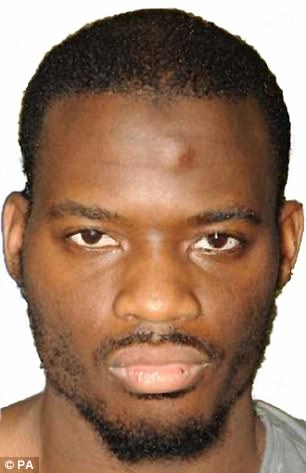 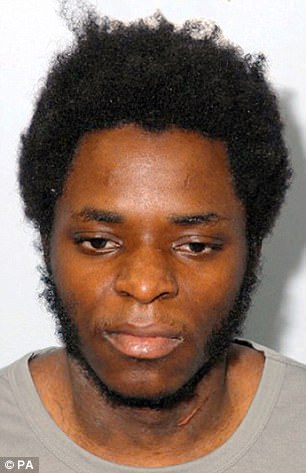 The retreat is part of Kendo’s country estate and Lyn has said she is thankful for the support.

In January, the Islamic extremist who brutally murdered Mr Rigby found a lawyer to fight a £20,000 legal battle against the prison service after his teeth were knocked out during a scuffle with guards.

Michael Adebolajo, 32, lashed out at officers who were trying to escort him to his cell at HMP Belmarsh, south east London, in July 2013. His head reportedly hit a window but he refused medical attention afterwards.

The five officers involved in the incident were suspended on full pay during a six-week police investigation. They were later cleared and returned to work.

Adebolajo had been trying to find legal representation ever since and reports say he finally found someone to help him sue. 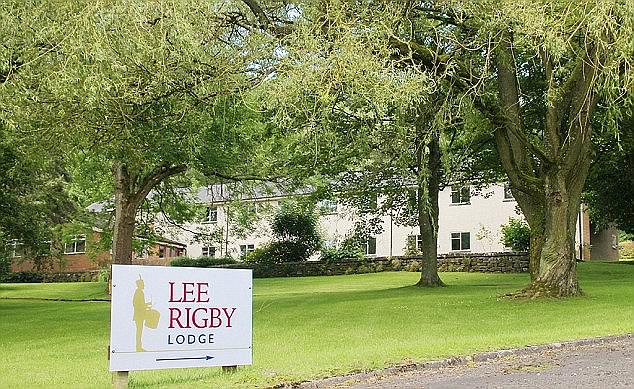 The exact figure for the claim is not known but similar cases have sought up to £20,000.

The news was met with disgust and anguish by Mr Rigby’s family, who said the jihadi killer had no remorse for his ‘heinous’ crime.

They knocked Rigby down in a car and then hacked him to death with knives and a cleaver. Both of the attackers were found guilty of Rigby’s murder and sentenced to life imprisonment.

Adebolajo was given a whole life order and Adebowale was ordered to serve at least 45 years.

Adebolajo has since complained about being segregated from other Muslim prisoners. He was moved from HMP Belmarsh to Frankland in County Durham after fears that he was trying to radicalise other inmates.