‘Hello pot… meet kettle’: Lee Westwood is mocked by fans after tweet emerges of him condemning the failed European Super League as greedy, money-driven exercise… as he cashes in the Saudi golf millions

Lee Westwood has been mocked by golf fans after a tweet resurfaced appearing to show him condemning the money-driven European Super League.

Westwood is among a number of household names that have defected to the newly-formed Saudi-backed LIV Series, which has handed out several multi-million contracts to individuals, with huge prize money up for grabs.

The emergence of the tour has proved controversial with many labelling it a sportswashing excercise carried out by the Saudi state. 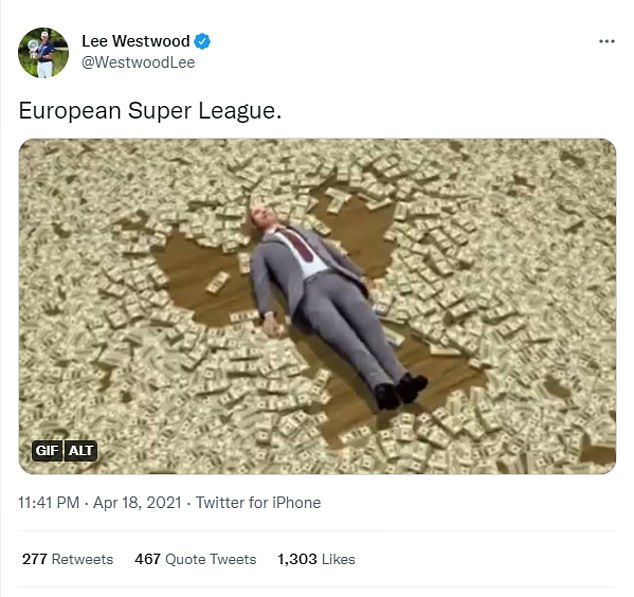 Westwood and others sought to defend their decisions to join the breakaway circuit during a series of uncomfortable press conferences on Wednesday afternoon when questioned on their views on Saudi’s human rights position.

‘This is my job, I do this for money,’ was one of Westwood’s responses.

That has prompted much mocking online, especially in light of a year-old tweet the 49-year-old posted in regards to the failed European Super League.

Another event in which the perpetrators were accused of greed, there was uproar in April 2021 when 12 clubs, including six from the Premier League, attempted a shortlived breakaway from the UEFA Champions League. 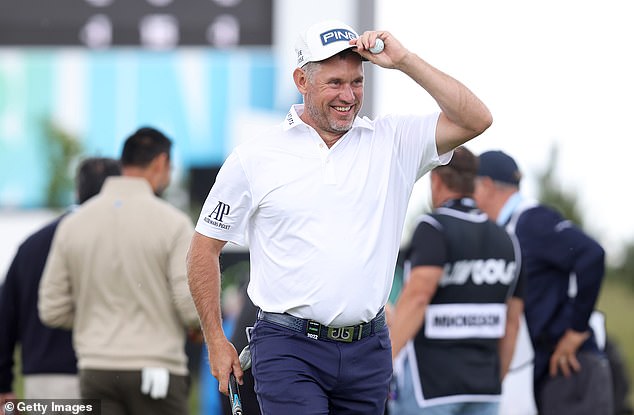 Many at the time felt it was a money-motivated move, including Westwood, who tweeted a GIF of a man creating a snow angel in a pile of cash, along with the simple header European Super League.

However, that has led to many calling him hypocritical, having now joined the throng of golf stars joining the LIV Series for monetary gains.

Pointing this out, one user posted a picture depicting the familiar saying ‘the pot calling the kettle black’.

Another mocked Westwood by suggesting his tweet was ‘worse than his putting’, while another asked if the GIF was an image of him enjoying his ‘Saudi mansion’.

Another sagely pointed out: ‘There is always a tweet that bites back.’ 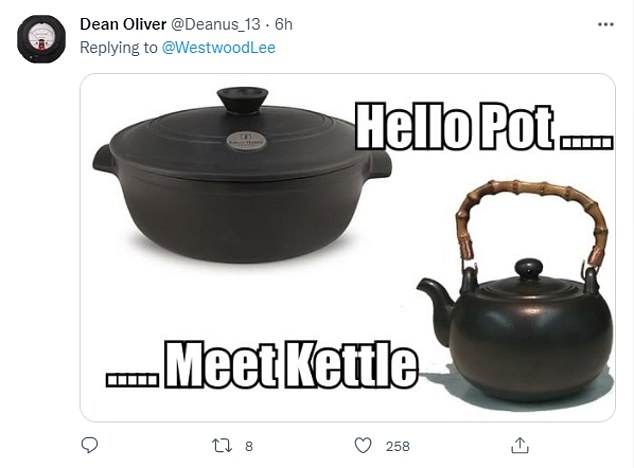