Leeds’ Pascal Struijk has been sent off for a forceful tackle on Harvey Elliott which saw the Liverpool starlet leave the pitch on a stretcher in agony.

Around the hour mark in the side’s clash at Elland Road on Sunday afternoon, substitute Struijk challenged the 18-year-old, leaving him with a broken ankle.

The centre half, who had earlier come on for the injured Diego Llorente, was shown a straight red card by referee Craig Pawson after a VAR check.

He later posted on Instagram saying: ‘Thank you for the messages guys! Road to recovery. YNWA’. 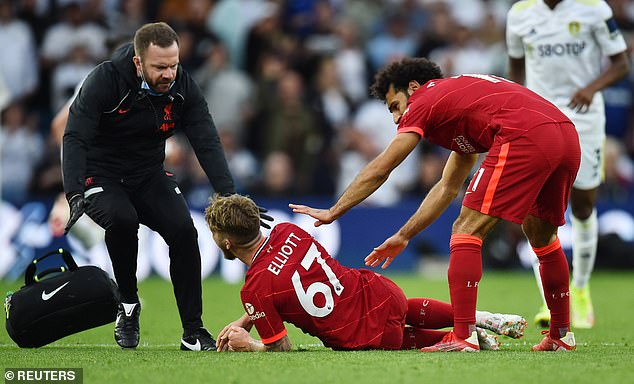 Reds starlet Elliott seemed to break his ankle after the tackle by Struijk, who got a red card 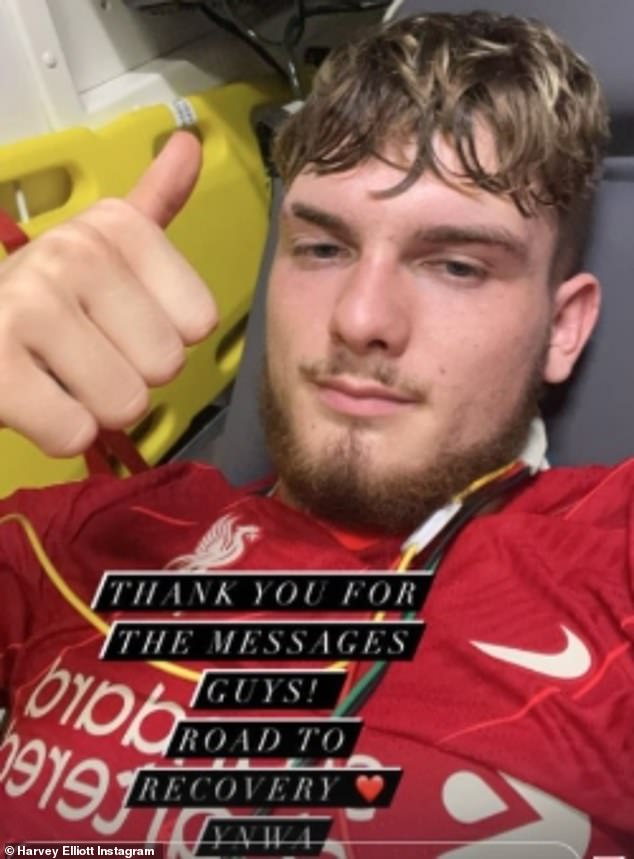 Elliott posted on Instagram shortly after the incident, saying he was on the road to recovery

But Sky Sports pundit Gary Neville, while expressing sympathy for Elliott, disagreed with the decision to send Struijk off.

He said: ‘The most important thing is the boy but I’m not sure it’s a red card. We’re watching it up here but we can’t show it. The red card is a result of the injury rather than the tackle.

‘It’s not a good one. Players who saw it originally have walked away in shock. Jurgen Klopp is furious.’

Liverpool physios ran onto the pitch before the referee called them on, understanding the serious nature of the injury. 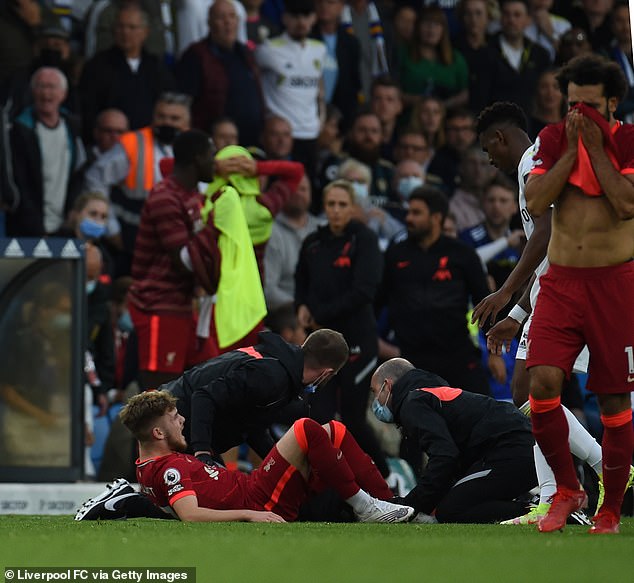 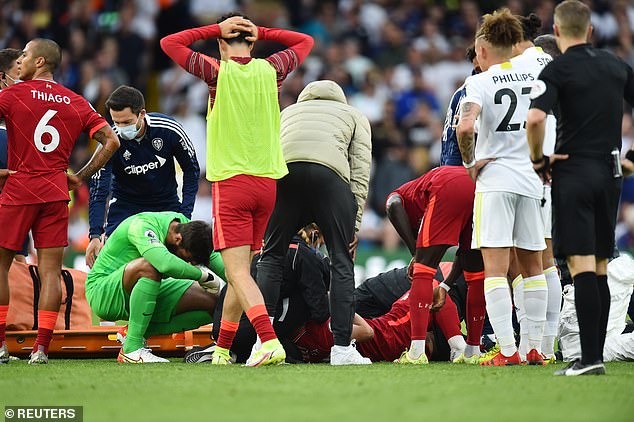 Elliott’s team-mate Mohamed Salah went over to console him but had to cover his eyes in shock after seeing his ankle.

Reds manager Jurgen Klopp was visibly furious, especially given that the teenager was imminently set to be substituted for Jordan Henderson anyway.

Struijk, for his part, looked distraught and seemed to apologise to Elliott, with his Dutch compatriot Virgil van Dijk offering sympathy after the red was brandished.

Elliott then left the pitch on a stretcher and being applauded by both sets of fans, was able to lift his head and applaud back in acknowledgement.