Leeds driver rammed off road by police after 100mph chase

Police dramatically put an end to a 100mph chase through the streets of Leeds by ramming the car of a drug-crazed driver off the road.

Usually police try to box in a fleeing car but officers were so concerned about the erratic driving of Robert Williams, 29, that an officer drove into the side of his vehicle to stop lives being put at risk.

In the dashcam footage, Williams can be seen driving through a red light, driving on the wrong side of the road, overtaking vehicles and forcing a pedestrian to get out of the way before driving the wrong way around a roundabout.

Robert Williams, 29, was caught driving erratically on the streets of Leeds and asked to pull over by police 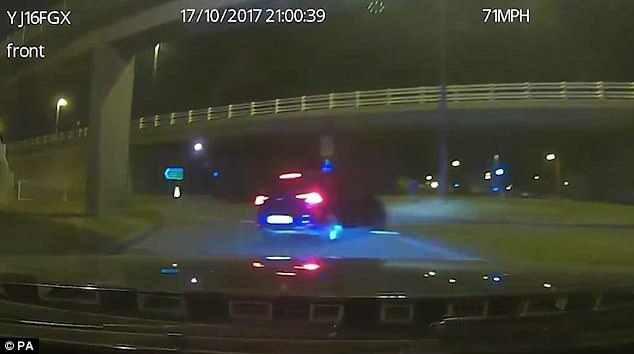 Even Williams’ own barrister described it ‘as a truly awful piece of driving.’

He also drove at 90mph in a 40mph zone during the three-and-a-half-mile pursuit, which lasted for just four minutes on October 17.

The chase began on the M621 slip road in Holbeck, and ended when Williams was forced off the road on the roundabout before he could drive on to the A64 York Road on the wrong carriageway.

Mr Galley said Williams sped off in his VW Golf after officers indicated for him to pull over.

Williams’ car spun around before it came to a stop and he was arrested. He was found in possession of cannabis.

Tests later showed he had traces of the drug in his system above the legal limit.

He had pleaded guilty to dangerous driving, failure to stop, driving with drugs over the prescribed limit, and possession of cannabis.

Williams, from the Burmantofts area of Leeds, has previous convictions including for possession with intent to supply cannabis, possession of cocaine and driving while disqualified.

He was on bail at the time of the offence, awaiting sentence for conspiracy to supply cocaine and money laundering.

In December last year, he was sentenced to six years’ imprisonment after pleading guilty to those offences.

Judge Simon Phillips QC sentenced him to a further 12 months’ imprisonment and disqualified him from driving for two years after his release from prison when he will be required to take an extended driving test before he may drive again. 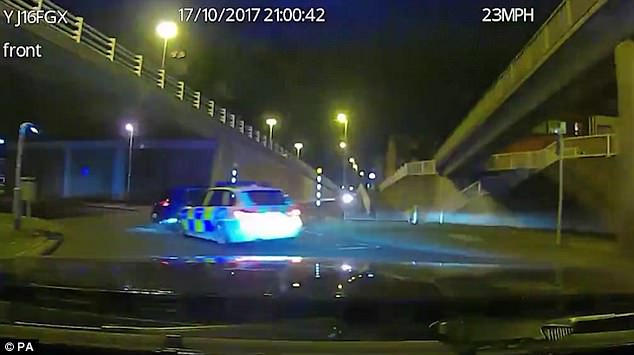 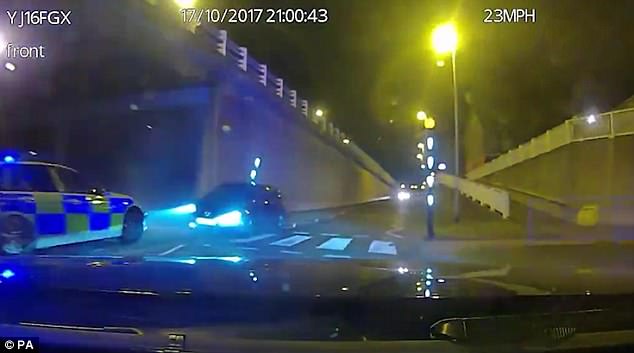 Tests later showed he had traces of cannabis in his system above the legal limit. In December last year, he was sentenced to six years’ imprisonment after pleading guilty to those offences