Leeds Festival ‘idiot’ who dive-bombed tents is slammed as ‘loser’

A thug who trashed tents at a festival by dive bombing onto them leaving people with nowhere to stay has refused to apologise after being named as rugby player Ethan Potts.

The up and coming sporting star who has previously been selected for the Yorkshire under 19’s team even boasted about his bullish behaviour filmed at a festival over the weekend.

Sharing the footage on his Twitter account, he said: ‘If this was your tent I don’t apologise.’

He then added: ‘If anyone has a problem dm I’ll come meet you for a scrap.’

In the footage, Ethan downs two cans of beer before throwing himself towards the tents, counting one, two and three before describing the damage as ‘a hattrick.’

Potts, 19, currently plays for Pontefract’s First XV as a tighthead prop, and was selected to represent his county at under 19 level in 2016.

Ethan Potts has been selected to play for his county in Yorkshire. Despite his talent the selfish teenager trashed tents at a festival and was heavily criticised 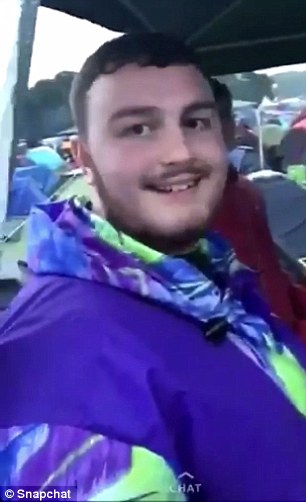 The man (pictured left) smiles at the camera before jumping on a series of tents in the video. He is seen downing two drinks (right) before embarking on his tent-destroying spree The video, which has now been deleted from the social media platform, shows Potts attempting a series of damaging dive-bombs.

In the first he smiles at the camera before completely flattening a tent. He then quickly moves on to another, completely levelling this one in the process.

As he reaches the third, he proudly professes to the camera that his next dive-bomb will give him a hat trick.

He then jumps on top of a tent, squashing it in the process.

The final two jumps of the video show the man attempting to destroy a gazebo.

He makes two attempts at jumping on it before admitting defeat following an injury.

Ethan, a former pupil of St Wilfrid’s Sixth Form College in Wakefield, caused outrage online with the video, with many people berating him for being so selfish.

Despite attracting hundreds of likes on Twitter, his actions have been widely condemned.

One man said online: ‘I don’t think this is funny he’s just running into people’s tents, I don’t get it?’

Niamh McCarthy said: ‘I’d actually snaaaap if that was my tent.’

One user said: ‘Imagine someone was in that tent and you seriously injured them for 400 likes on a video for Twitter??’

The video, which was taken on Snapchat by a user called Adam Stu, was shared to Twitter and has sparked outrage among viewers.

Particular concern was raised over the safety of anyone who may have been in the tents, with one person asking: ‘Imagine someone was in that and you seriously injured them for 400 likes on a video for Twitter’. 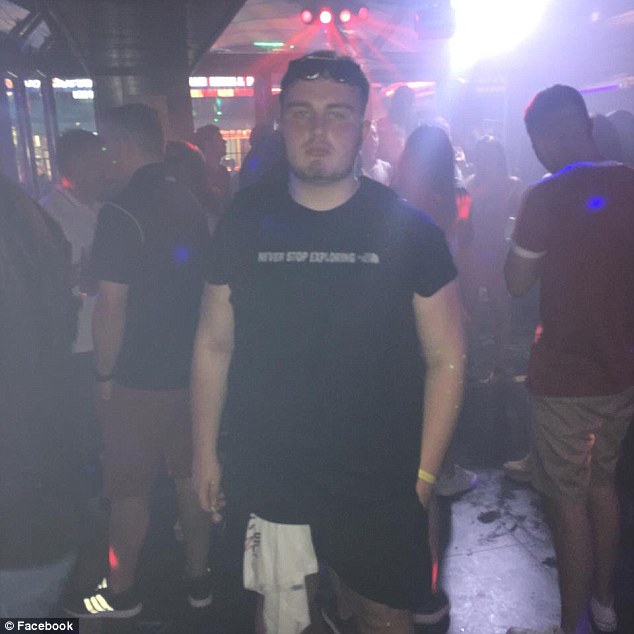 Ethan Potts was selected to play high level rugby in Yorkshire. The budding sports star has been widely criticised online for his antics over the weekend 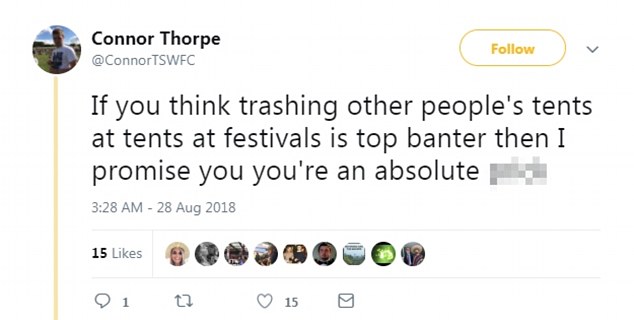 One user said: ‘I actually feel sorry for you. Got no personality so you have to do things like this to try and look good. Were you not given enough attention as a child?’

While another said: ‘Middle class kids don’t understand somebody else had to pay for that tent and then buy a new one’.

Others questioned the safety of the man’s actions, with one saying: ‘Lucky he didn’t hurt someone the b******.

‘I’m chronically ill and have to spend the day time at festivals chilling in my tent.

‘I also don’t have the spare energy to cope with my s*** getting broken by randomers.

‘I’d have cried my heart out and had to go home’.

On Twitter, the player’s friends defended the selfish actions, as one of them joked: ‘Tents have feelings you know.’

Chris Freeman added: ‘Why’s Pottsy getting destroyed in the comments? He’s a nice guy at heart.’

As well as destroying people’s tents, Ethan, from Wakefield, West Yorks, has also superimposed his head on Nazi leader Adolf Hitler on Twitter, as well as putting his face next to a giant bag of cocaine on the social media site.

In response to some of the criticism, Ethan said: ‘I earn more a week than you will a month xx.’

Pontefract Rugby Club are aware of the video and say they are ‘investigating’ the matter.