Michaela Sheldrake, 41, described herself as a ‘monster’ after a court heard she had amassed indecent images and videos and had taken 356 indecent photographs of a girl under 16 – sending some of the pictures to a man.

Speaking after the case, a relative said the victim had been ‘left serving a life sentence’ and Sheldrake should be ‘behind bars for the rest of her life’.

She was jailed after admitting nine offences at an earlier hearing.

They included two charges of taking indecent photographs of a child – three of the images were classed as category B and 353 were category C.

Sheldrake also admitted two charges of making indecent photographs of a young boy in connection with two images classified in category A – the most serious category – and five in category B. 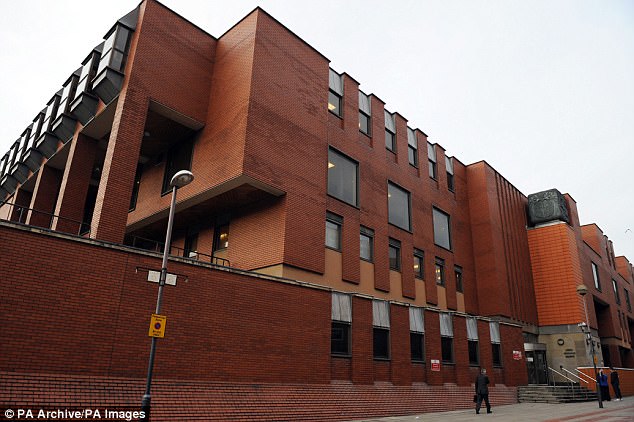 At Leeds Crown Court, Sheldrake admitted a string of child sex offences. The court heard she described herself as a ‘monster’

She also admitted distributing indecent photographs of a child and attempting to pervert the course of justice by encouraging a child to provide false information to police.

Catherine Silverton, mitigating at Leeds Crown Court, said Sheldrake had no previous convictions and was ashamed of her offending.

She said: ‘Nobody hates her as much as herself. ‘She described herself as a monster.’

Miss Silverton said the case has been going on for almost three years.

Jailing Sheldrake, judge Sally Cahill, QC, said: ‘It is said on your behalf that you have shown remorse. ‘I have to say that, having read reports and reviewed the evidence, there is no real evidence of that in relation to your victims.