Leeds United are monitoring developments with Ross Barkley at Chelsea ahead of a possible January move.

Barkley was an unused substitute on Saturday as Chelsea beat Leicester City 3-0. He has made just eight appearances so far this season and is open to a move to gain more regular game time.

Leeds are not looking to spend much in January but could explore what loans are available with a midfielder among their targeted positions.

Marcelo Bielsa is willing to work with the squad he has but Leeds recognise they may need some fresh legs. Leeds face Tottenham on Sunday as they look to push away from the relegation zone.

They have been able to welcome back fit-again Adam Forshaw but don’t want to push him too hard after such a long period out. Leeds enquired about Barkley’s Chelsea teammate Billy Gilmour in the summer and opted against paying Huddersfield Town’s asking price for Lewis O’Brien.

Barkley has interest from other clubs and is interested in a loan amid fierce competition for places at Chelsea.

Leeds are also expected to finalise the signing of Espanyol’s 18-year-old forward Mateo Joseph Fernandez for around £420,000 in January. The teenager, who also qualifies for England, had interest from Manchester City and Barcelona. 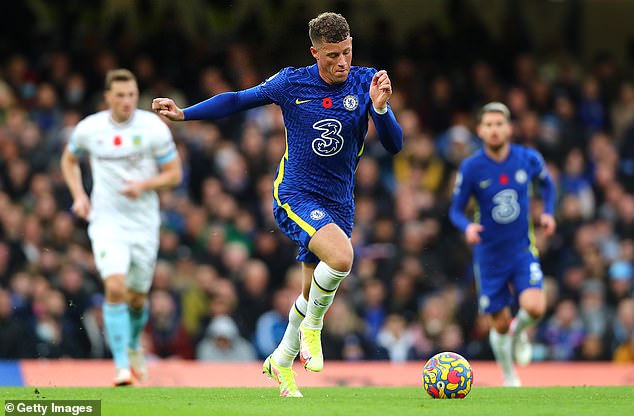