This is the shocking moment a Leeds United supporter dressed as Jimmy Savile was cheered on by fellow fans as ‘one of their own’.

The fan, sporting a shiny turquoise tracksuit, blonde wig and rose-tinted glasses with a cigar hanging out of his mouth, was hoisted on to supporters’ shoulders during an away game at Blackburn Rovers earlier in the month. 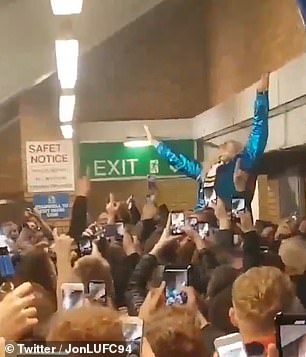 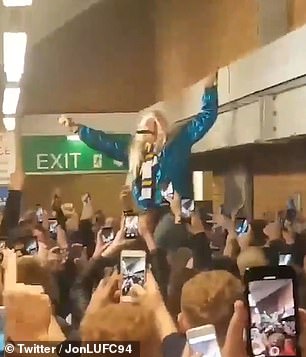 Leeds-born Savile was exposed as one of Britain’s most prolific paedophiles after his death at the age of 84 in 2011.

The disgraced broadcaster attacked an estimated 1,000 victims, many of whom were sick children in hospitals.

Fans on Twitter were outraged at the footage. Anthony Derbyshire said: ‘I’ve been a Leeds supporter all my life but if Jimmy Savile is ‘one of our own’, then I no longer want to be.’

Tom Johnson wrote: ‘Should be locked up, embarrassment to Leeds fans all over the world!’ 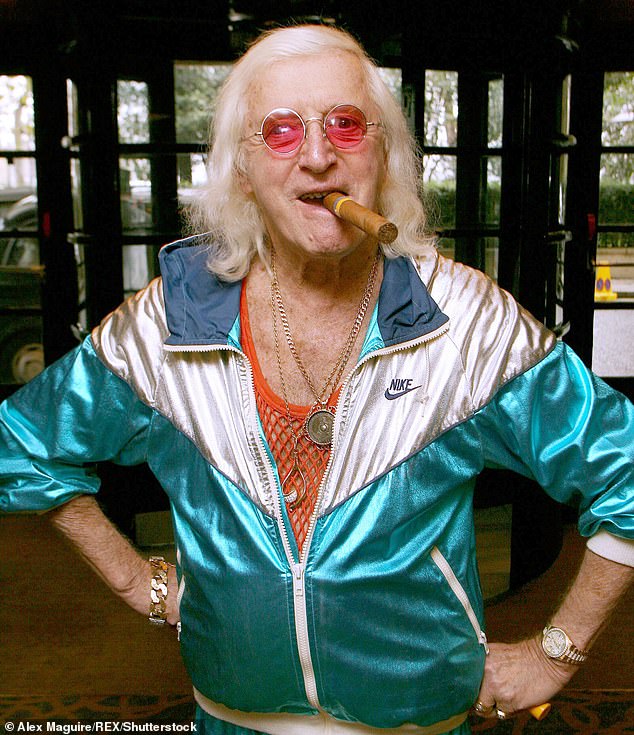 Scott Mooney tweeted: ‘Got a lot of time for Leeds but this is pathetic.’

Another wrote: ‘They need to consider the hundreds, including 28 children under 10 years old, whose lives were ruined by that b**tard.’

One Leeds supporter tried to defend the behaviour, saying the chants were ‘ironic, not celebratory’ because opposition fans sing it to them ‘every week’, he wrote.

Leeds, who are currently second in the Championship, went on to lose the match 2-1 on October 20.